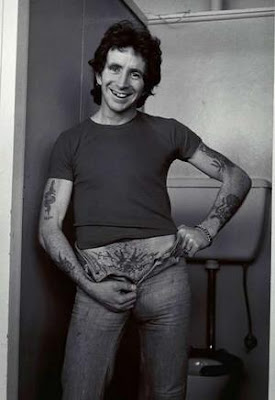 AC/DC's 1979 album Highway to Hell reached the top twenty in the United States, and the song "Highway to Hell" that Bon Scott, AC/DC's lead signer, cowrote with Malcolm and Angus Young for the album made Rolling Stone's The 500 Greatest Songs of All Time. However, on 19 February 1980, Bon Scott died after a night of partying in London. Pulmonary aspiration of vomit was the cause of Scott's death, choking on his own vomit, but the official cause of death was listed as "acute alcohol poisoning" and "death by misadventure".
So it must have been passionate and heartbroken fan who ordered this fitting tribute to the great man in 1980.
A Hot Stuff 6'0 double flyer, swallow tail single fin with pulled in nose and thin rails. Its shaped by legendary NZ shaper Al Byrne, pioneer of of the channel bottom. Its is amazingly modern looking shape for its age and is one of personal favorites from the collection. It was made on the Gold Coast, obviously with the long sand botton point breaks in mind.
I can see the original owner now on his new board in 1980, tears streaming from his eyes from the recent news of Bon Scotts passing as he pulls into a 6ft sand dredging Kirra pit, black tee shirt on, as he gets barreled off his head. Then as he emerges from the pit with a blast of spit he raises one arm and gives giving the devil's salute. RIP Bon Scott! 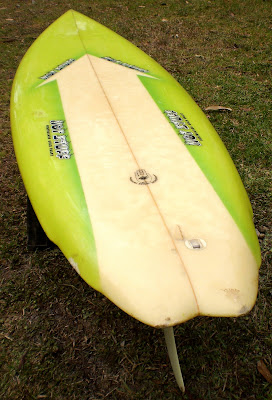 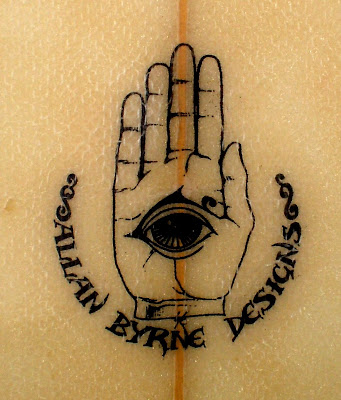 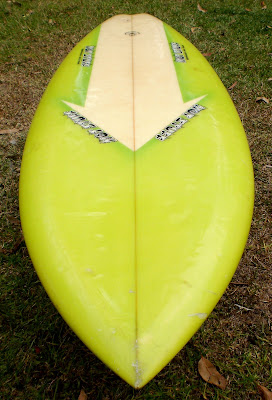 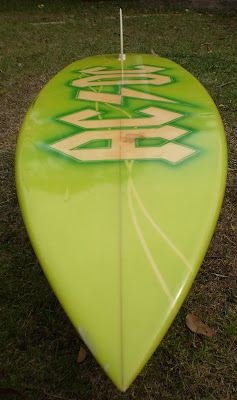