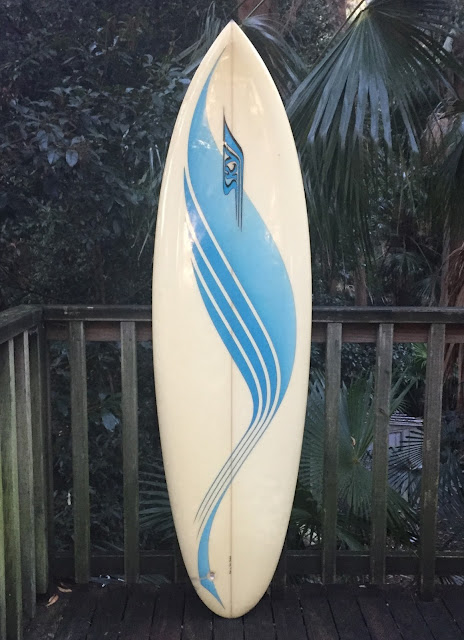 I'm pleased to share with you today my late 70's Sky rounded pin tail twin fin shaped my Greg Melhuish in Byron Bay. I didn't find the board, the board found me. I was contacted by a lady from Angourie in northern new south wales who had a son who was tragically killed in a motor cycle accident in 1982 when he was in his early twenties. She had kept all his stuff in the garage until now and was looking for someone who would properly appreciate his board.
Naturally I promised that I would. 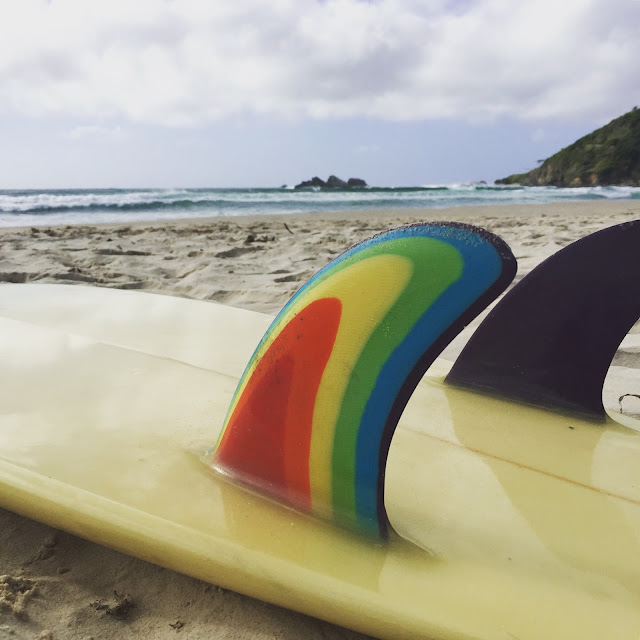 I took it for a run at Broken Head near Byron Bay. I felt privileged to take the board for its first surf in 34 + years.
I have ridden lots of twin fins, but nearly all of them have been single fly swallow tails.
This was the first rounded pin tail and I could really feel the difference!
There was a smoothness in the turns that was really noticable. I think I might be a convert to this elegant and simple tail shape. 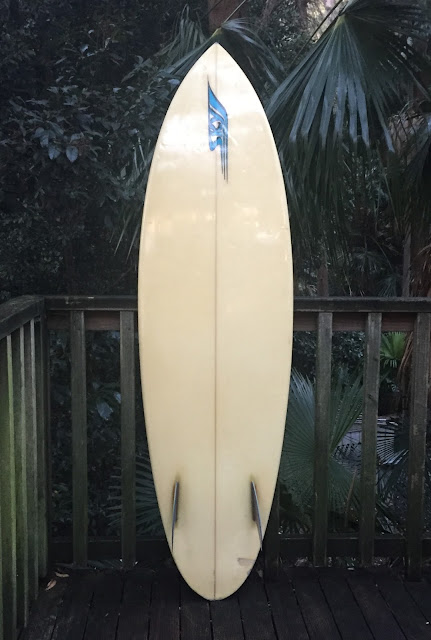 Greg is an accomplished surf from Cronulla who made a name for himself on the points and reefs of the Shire before relocating to Byron Bay in the late 70's. He made many boards under his own label before moving north and shaping for Sky. 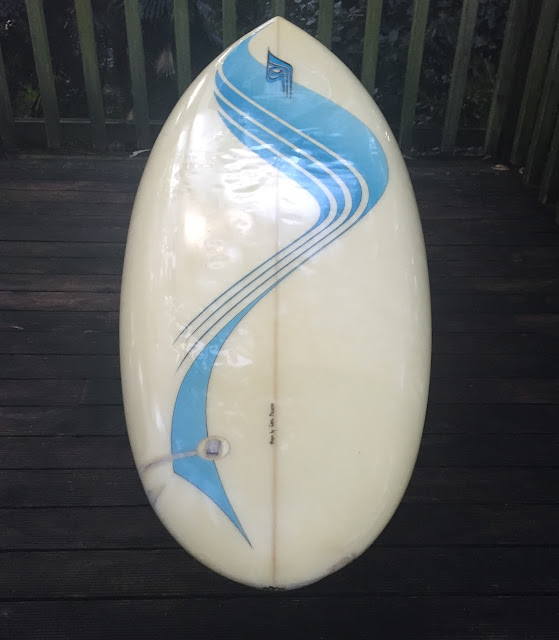 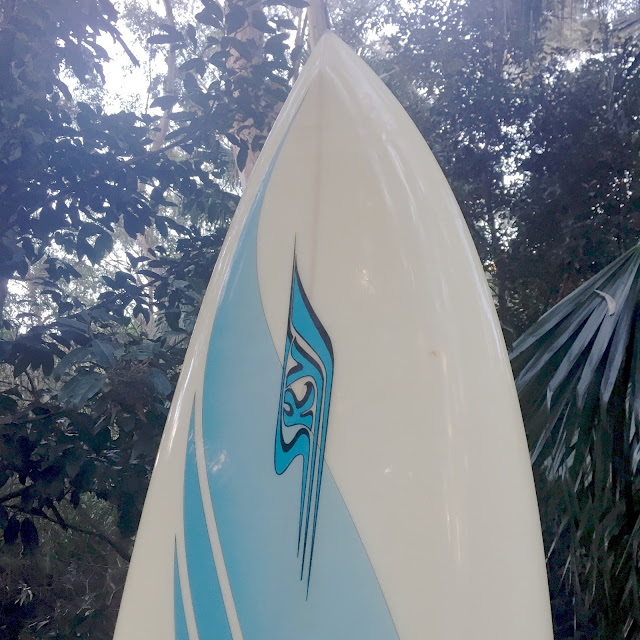 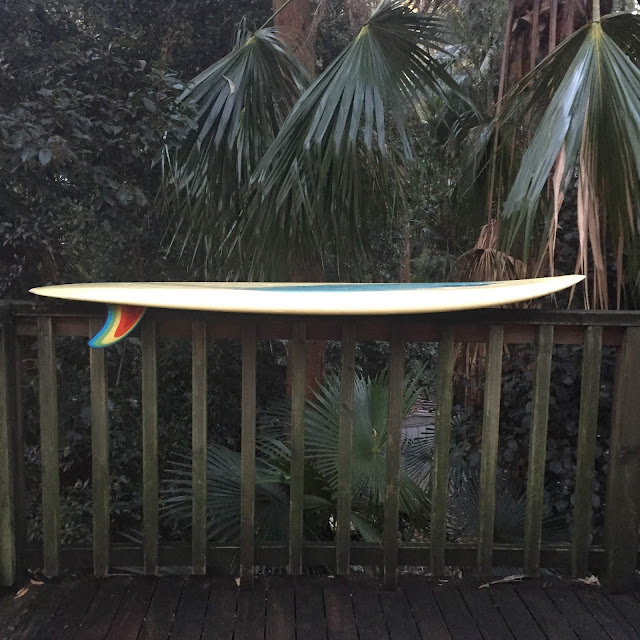 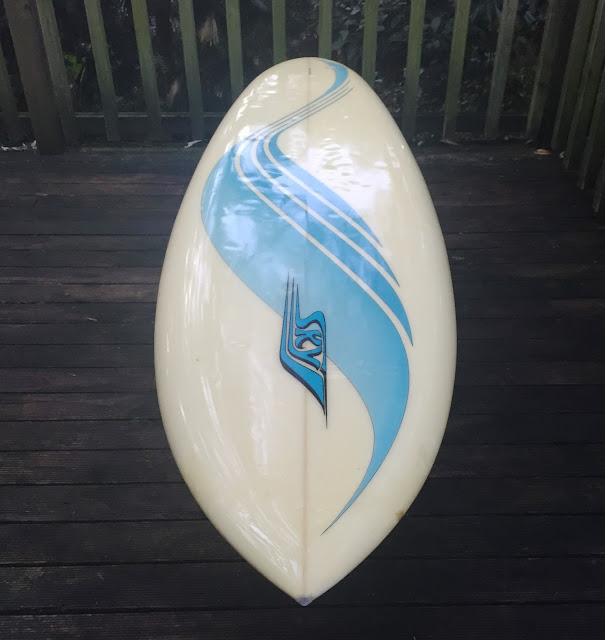 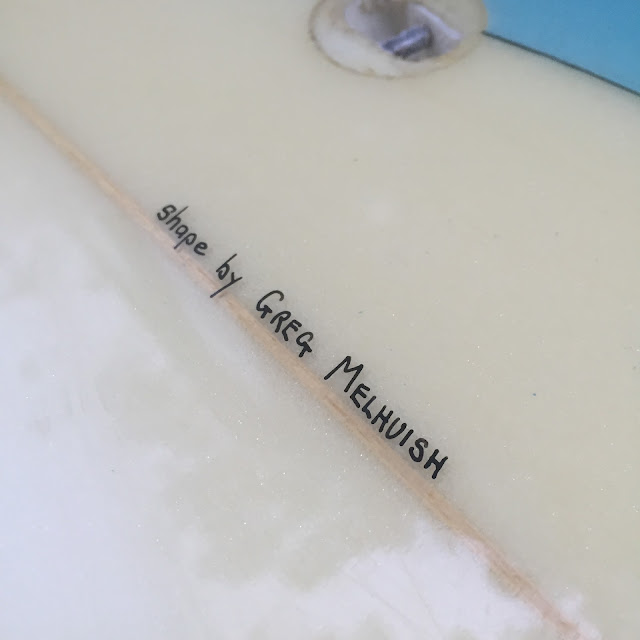 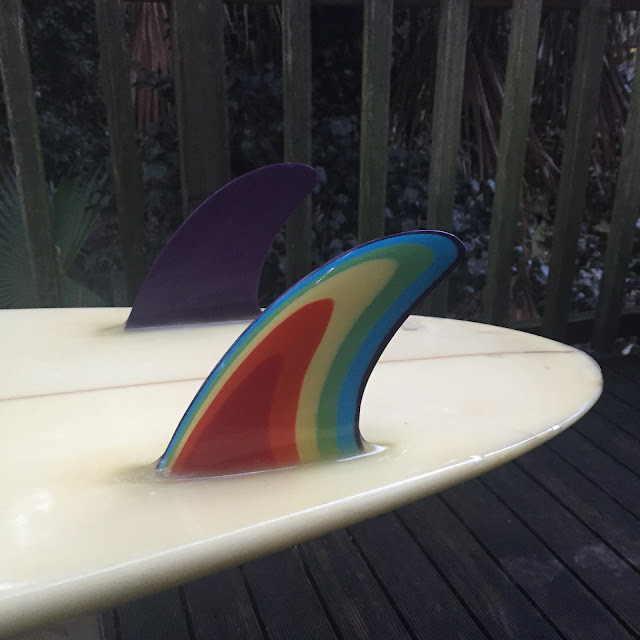 One of the highlights of this board for me is the multi coloured rainbow laminate fins. 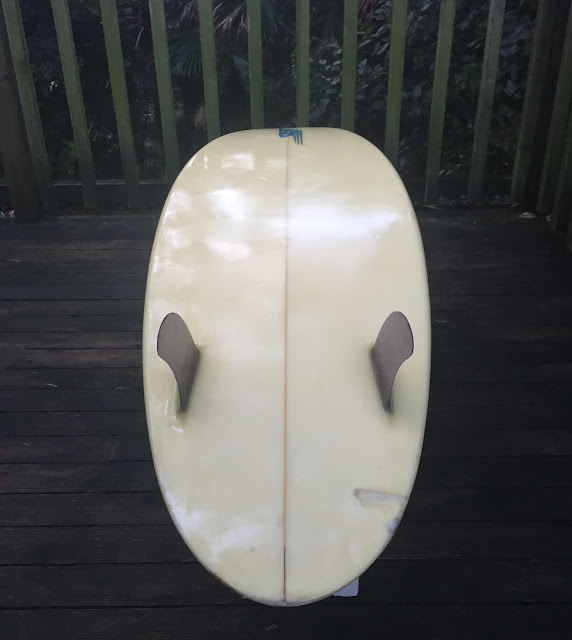 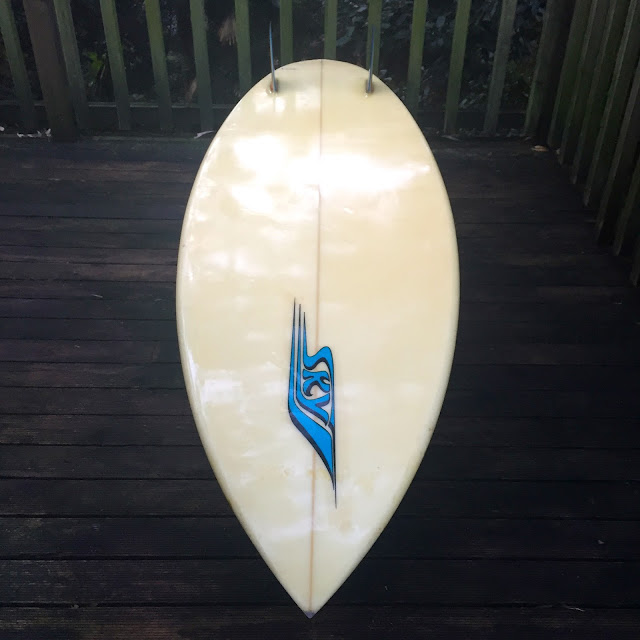