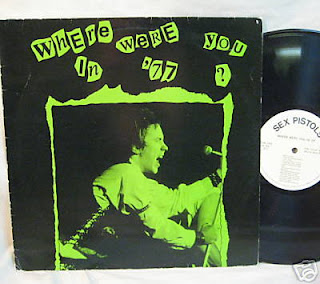 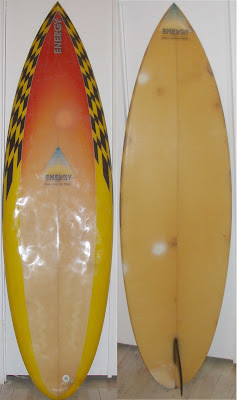 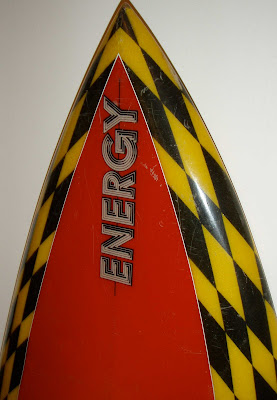 Where were you in '77 is the title of the Sex Pistols album the released as a bootleg in 1985. The title is meant to imply that you should have been at the front of the 100 Club pogoing like everyone else in the UK in 1977. The reality of course is that most of England was at home listening to 'Abba Arrival' or learning the bag pipes as reveled by the true Top Five Singles of the year on the British Charts for 1977 list:
1"Mull of Kintyre"Paul McCartney and Wings
2"Don't Give Up on Us" David Soul
3"Knowing Me Knowing You" Abba
4"Way Down"Elvis Presley
5"I Feel Love" Donna Summer
So too it is with surfboard design. Most surfers of the day were pretty slow to give up their flares and single fins and jump on the new multi finned surfboard designs, despite Simon Anderson effectively proving the functionality of the design by winning back to back contests at 20ft Bells, 2ft Manly and the Pipe Masters in Hawaii all in the space of a month in 1981.
Which brings me to this board of mine, quite obviously shaped in 82 or 83, based on the checker boards spray. But guys were still ordering single fins off Simon right up till the end of the 80's. Nice board though.