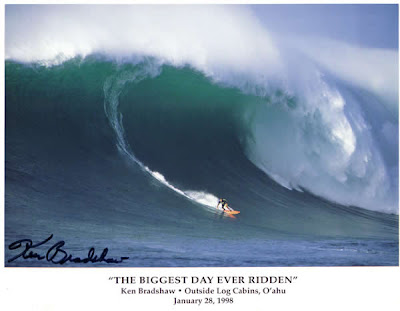 I went to the surf shop today to buy some wax and while I was there I scanned the board racks and counted the boards. Including the fishes and logs 20% of the boards in the racks were big wave boards. I'm pretty confident in saying that most surfers don't need a 7ft + gun for every fifth surf they have. Thinking about it I realized that even I have 2 contemporary, high performance big wave boards and only only 2 contemporary, high performance short boards.
Why is half my modern quiver made for waves over 6ft (AU), double overhead (US)?
I've come up with a couple of reasons.
1) Big wave boards are built tough.
Therefore they last a long time.
2) They don't get used that much.
I can count the number of times I've ridden my big boards in the last few years on one hand. Thunders -Mentawis, Lurline Bay - Sydney, Ben Buckler - Sydney, Maroubra - Sydney, Outside corner, Uluwatu - Bali. 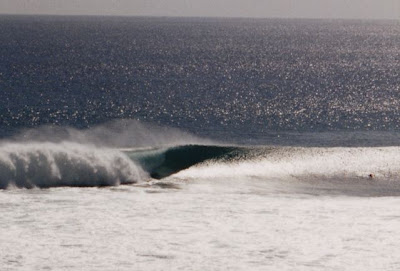 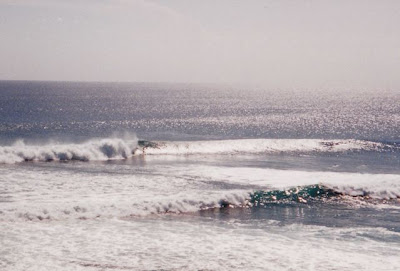 3) The are nice things to own.
They are nice to touch and hold under your arm. They are elegant pieces of applied art and engineering with a no bullshit sense of purpose built into them.

Which brings me to today's board in question, my Ken Bradshaw 7'2 single fly, 3 fin pin tail gun that I suspect was one Ken's personal big wave boards, because the depressions in the deck belong to a natural footer, Ken was sponsored by Sundeck from 79 to 86 and it has his name on it.
Its a beautiful thing to touch, holding it feels like revving a well tuned V8 or loading a double barrel shot gun.
Now I'm waiting for La Jolla cove and Swarmi's to do their thing so I can get her wet. 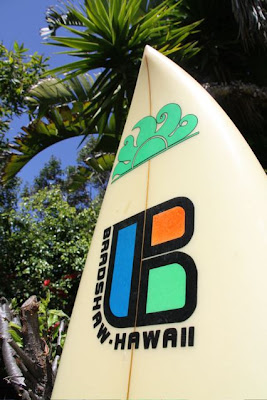 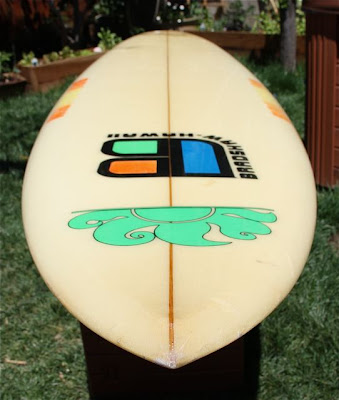 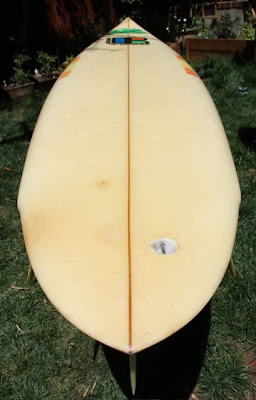 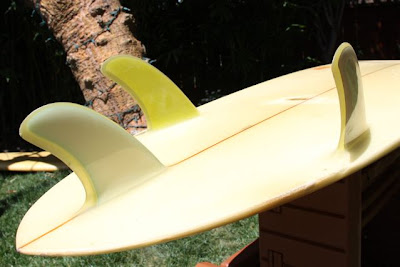 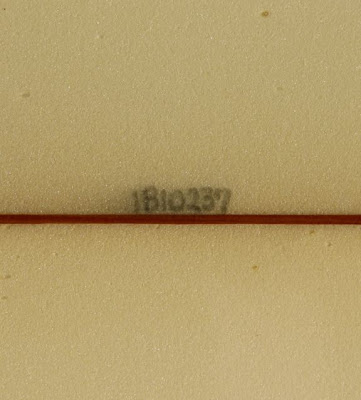 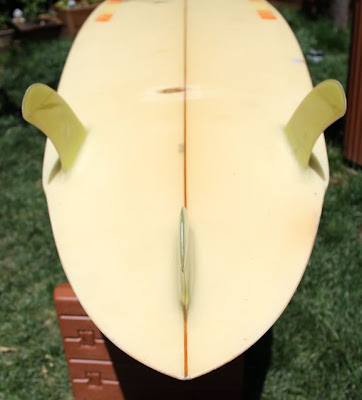 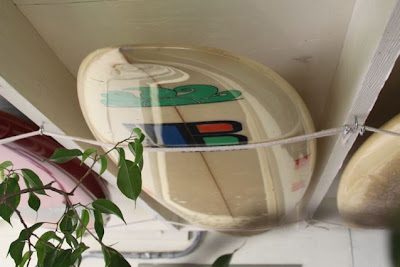 Ken is an amazing character in his own right, as revealed here in this Vanity Fair article from February 2011 by William Langewiesche and in his biography on Surfline. 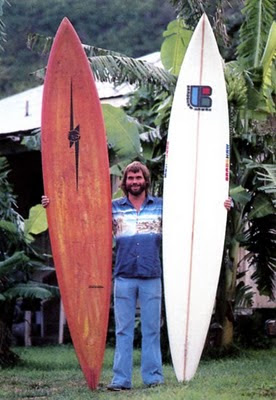 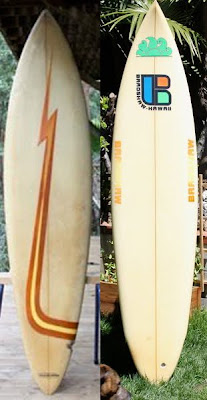 I have achieved my aim of acquiring 2 matching Ken guns. One Bolt, one KB.
Now all I need is a beard and an Aloha shirt.