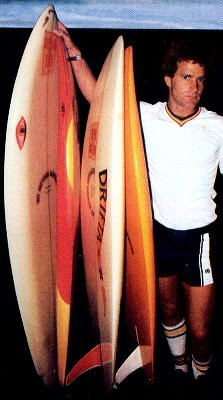 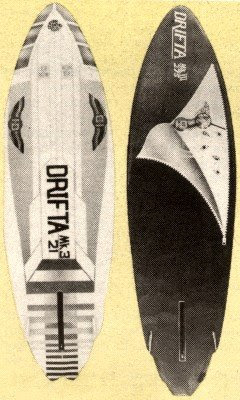 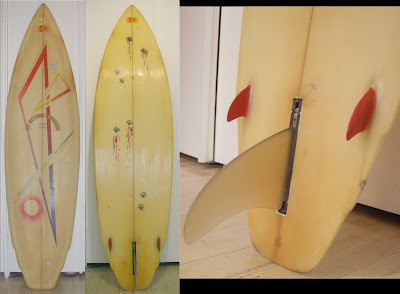 Described by Hot Buttered as a radical stab at creating an alternative to the original Thruster. The Drifta, with its short width and emphasis on skating speed, ended up pre-dating the revival of the fish-style boards in the late 90s. Main feature: an updated classic single-to double concave, running a decade ahead of the New School. Fluted and pinched wings, stubby swallows, rounded noses and miniature side fins gave the Drifta its almost spaceship-like appearance. A shiftable back fin completed the picture of hot dog happiness. It hid a typically uncompromising design capable of extraordinary down-the line speed and sudden breaks into vertical angles.
My board has double fly with a stubby square tail. The spray is unusual, the deck is a very average geometric new wave design but underneath there a cat paw prints trailing blood. I wonder what message they where trying to send with this one!?