In the early 80's Bob Hurley was pushing the envelope of the then current design thinking when he started working on a faster, more radical turning short board design to suit his local Californian conditions.

He feels he achieved his aim when he began working in collaboration with Rabbit Bartholomew. The result was a Hot Stuff twin fin now known as the Rab 111.


Bob says that this was his finest work and it is the design he is best known for as a shaper.

More recently while watching Kelly Slater and Dane Reynolds competing at the Hurley Pro at Lower Trestles it dawned on him that what these guys were trying to do in the water was being limited by their contemporary equipment and that he himself had faced this problem before in the same location 3 decades earlier.
So he dusted off the Rab 111 and shaped a couple of modern copies.
Single fly swallow tail, gentle rocker, beaked nose, just like his early 80's twin fins.
He has since teamed up with Lee Stacey and put the design into production.

I have been lucky enough to find an original 1983 Bob Hurley shaped twin fin similar to the original Rab 111 design. 6'3", single fly swallow tail twin fin.
It was a bit rough when I found it but its patched up OK and is now ready to be put to the test.

What ever is old seems to be new again. 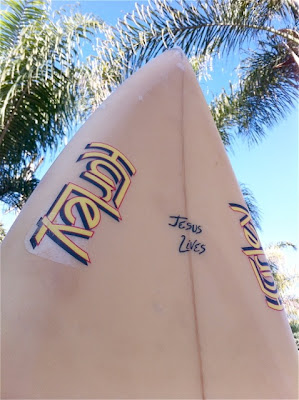 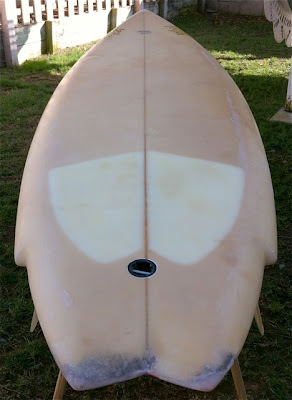 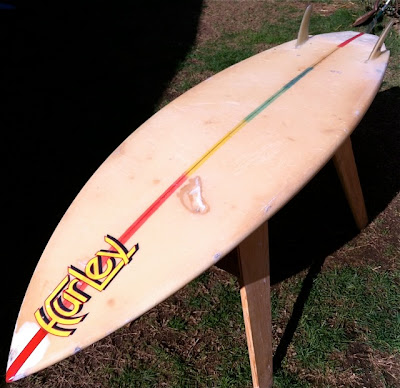 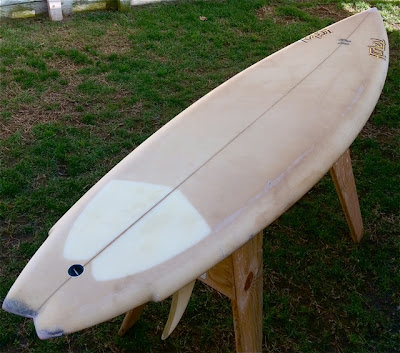 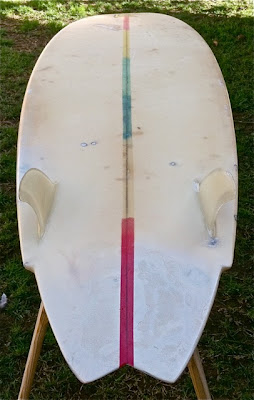 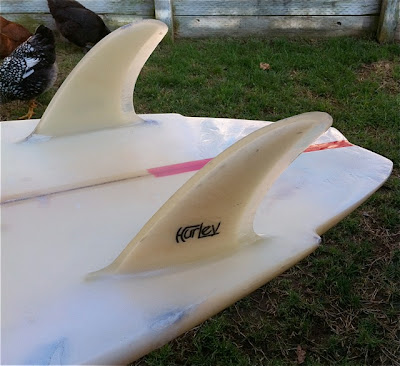 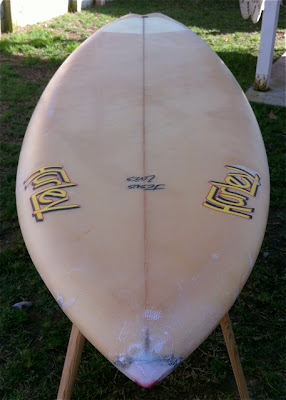 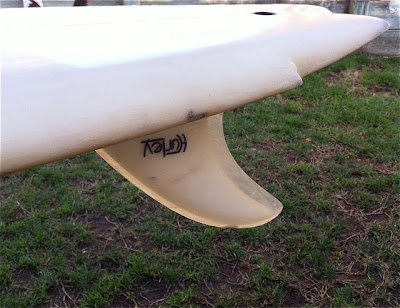