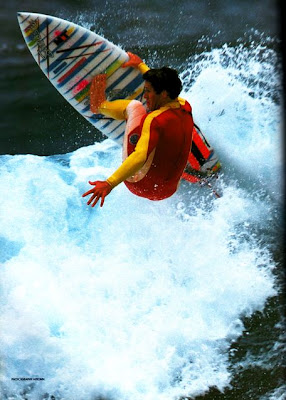 Mitch Throson is a Margaret River based Western Australian surfer and big wave legend.
Here is a early 80's Mitch Thorson design Star Surf 6'3" double fly, swallow tail, channel bottom single fin shaped by Alan Bean.
A beast of a board designed to ride waves a lot bigger than you and I would normally try to on a 6'3".
Heavy glass job, thick rails, a pointy pulled in nose, deep deep channels and a scary big single fin.
Above is a shot of Mitch on a similar design from Surfing World in the early 80's and below is a shot of Mitch today and the wave this board was designed to ride, the imaginatively named Margaret River "Main break".
Simple folk Western Australians, simple scary folk. 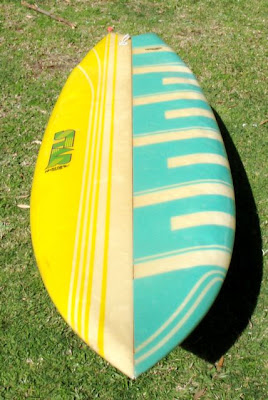 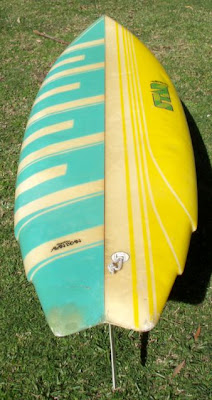 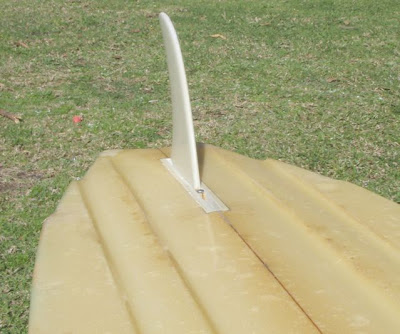 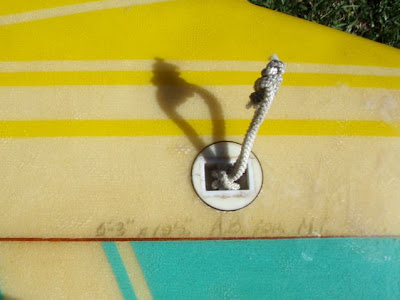 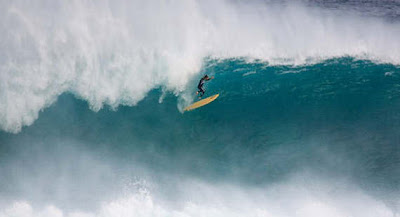 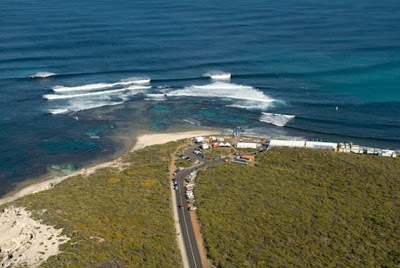 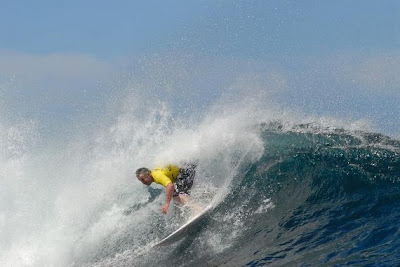 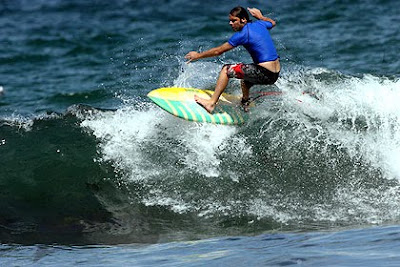