My aim of compiling a comprehensive Californian 'Echo Beach' era innovation period collection came one step closer to reality recently with the acquisition of this early 80's Shawn Stussy shaped 6'8" rounded pin tail semi gun. Mr Stussy's skills as a shaper are only matched by his skills as a graphic designer and artist. I took this board out for a run at solid overhead Swami's and it performed as you would expect, very well. But the attraction for me is in the graphics, specifically the walking man with surfboard graphic that formed part of the first collection of imagery Shawn displayed on his booth at Surf Expo in the early 80's
As he describes in Jeff Parker's 'Echo Beach' documentary, he sold a few boards but what people really wanted to order were the fresh and innovative graphic tees.
And so it was, a revolutionary global surf and street wear empire was born. 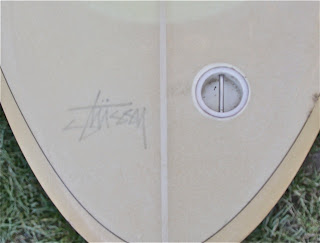 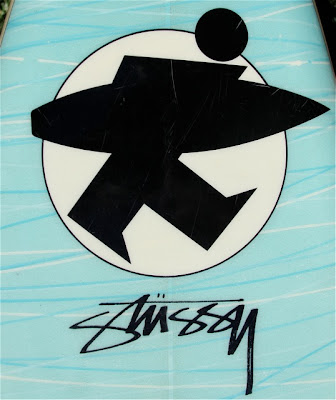 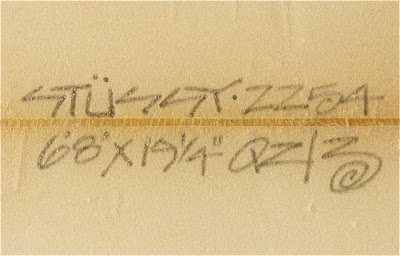 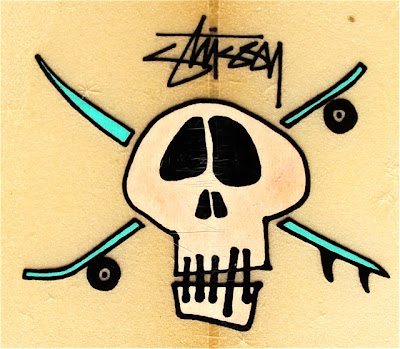 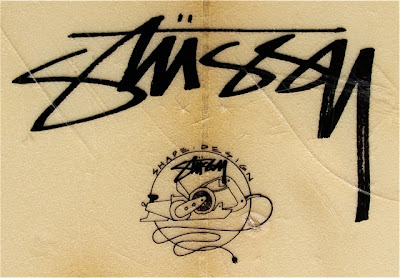 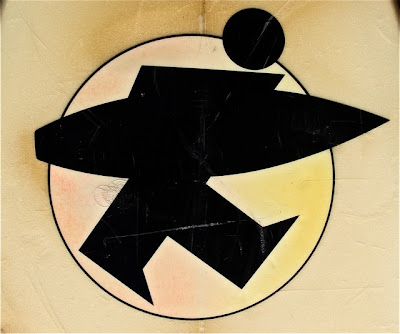 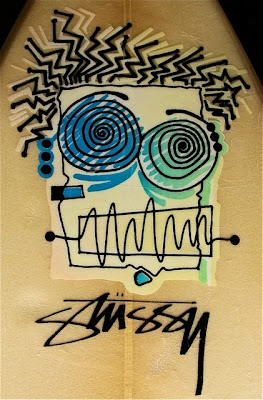 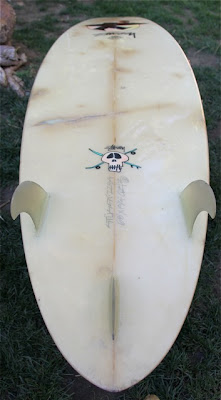 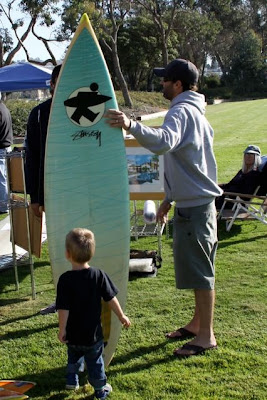