The board that started the collection

This is one of my favorite boards and it is the board that first kicked off the collection.
6'0" single fly swallow tail Gisborne Surf Co' twin fin made before the invention of the common leg rope plug.
I had been on a surf trip south of Sydney 15 years ago. We were on our way home, driving through Woolongong when I saw a giant warehouse size 'Cash Converters' pawn shop having a closing down sale. We were looking at TV's and golf clubs and I went upstairs to the mezzanine that was all surfboards. There must have been 10 twin fin, 20 single fins and half a dozen 80's quads. I saw this red twin fin and I thought 'hey that's just like my first surf board, how sad to think its going to the rubbish tip, I bet it would be fun to see how it would go'. I bought it for $15.
In retrospect I should have rented a truck and bought the lot. 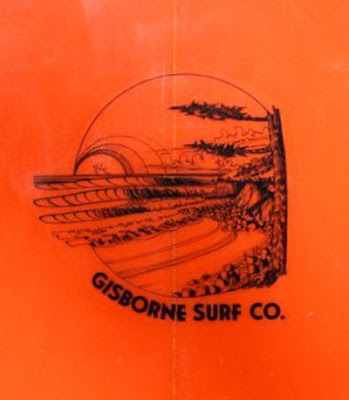 I've surfed this board a number of times and it goes beautifully. But coming from Gisborne in New Zealand I thought it would have a pretty obscure, unimportant history. 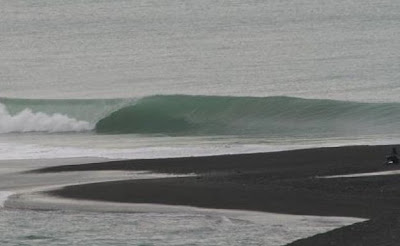 It wasn't till I was packing to move to the US that I finally photographed it and decided to look into its history. 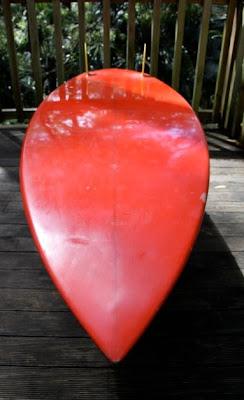 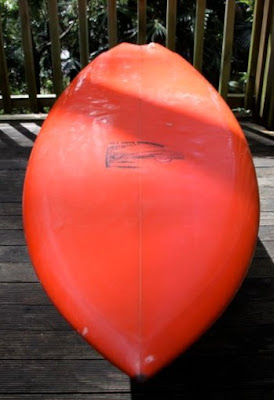 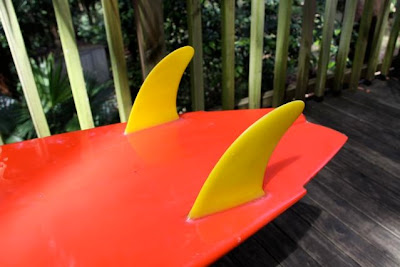 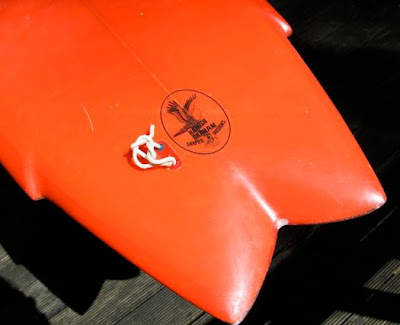 WOAH!! what a find. Seems I'd been sitting on a true classic.
Hamish Graham is a truly legendary shaper working on some of the most influential designs of the modern era.
Born in New Zealand, his shaping career began in Australia under the "Hot Stuff" label in Queensland in the 70's where he worked on the channel bottom design with fellow New Zealander Al Byrne. 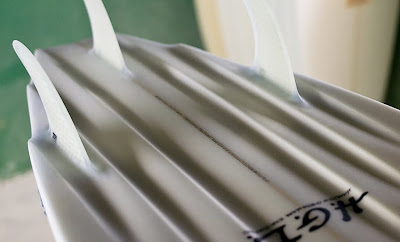 He traveled extensively to Hawaii and California and back to Australia shaping boards for Lightning Bolt, Local Motion in Hawaii and launched Hot Stuff in California in the early 80's. Hamish moved to Santa Barbara in '85-'86 where he built "Byrning Spears Surfboards" for a number of years. Later, he moved to Encinitas where he became the Rip Curl surfboard licensee for U.S.A., building boards for U.S.A. and Hawaii. 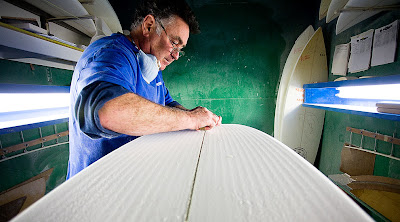