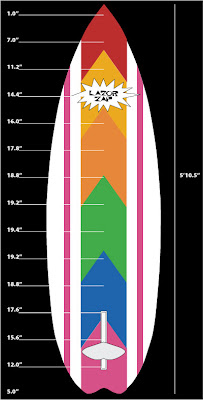 Erik from San Diego wrote- I've been wanting to do an "Innovation Period" inspired shape and thought I'd pick your brain on some of the dimensions on those shapes. I'm particularly interested in some of the shorter/wider/fuller tailed shapes like some of the McCoy's I've seen pictures of. Do you think something like 14.5" nose x 19.5" wide point x 16" tail is in sort of the rough ball park for that type of shape in the 5'7" to 5'9" length range? Thanks for any insight you can share.

There is nothing shorter, wider and fuller than the Geoff McCoy designed 'Lazer Zap' and to a lesser extent 'Tri Zap'.
I got out the ruler and set square and did wide point measurements every 5" up from the tail.
I can't get over the uniqueness of these boards. Their in shape, style and sprays. To me they still look futuristic 26 years on.
Geoff describes how he developed the design on his web site
"After returning from Hawaii in 1971 I started the twin fin revolution. Short wide and thick in the beginning and then later I re-designed a longer, narrower thinner version similar to the twin fins in use today. I was continually experimenting with varying rails, plan shapes, thickness and rockers. I moved on to the wide tail single fin design known as the 'Lazor Zap'. These designs were short, wide and thick. I took most of the area out of the nose and added more width to the tail area. The 'Lazor Zap' is the forerunner to the modern short board." 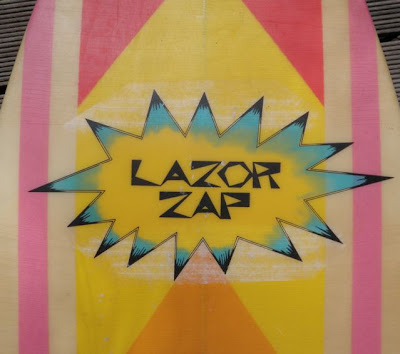 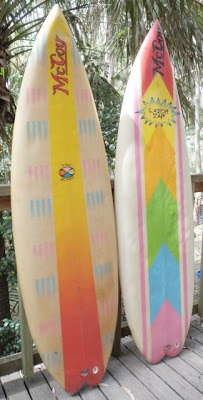 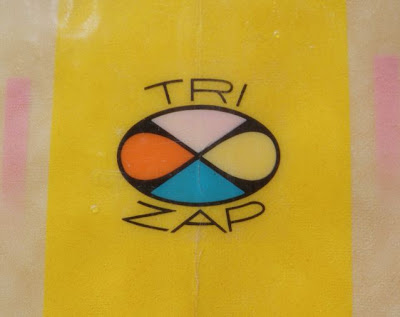 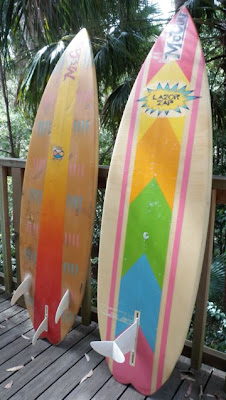 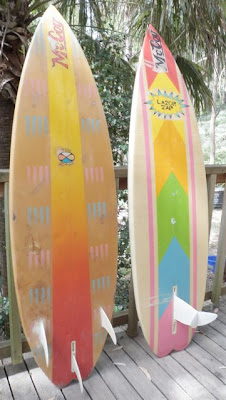 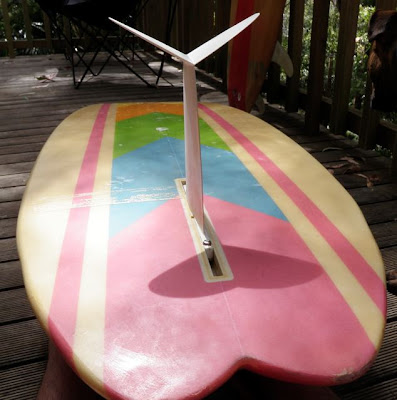 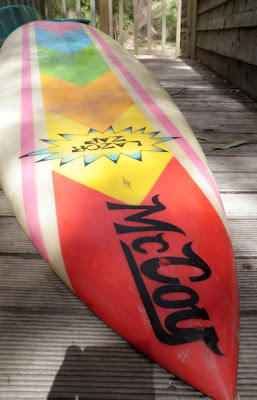 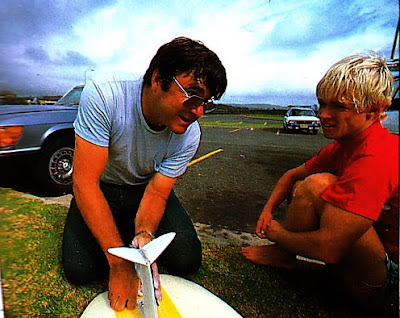