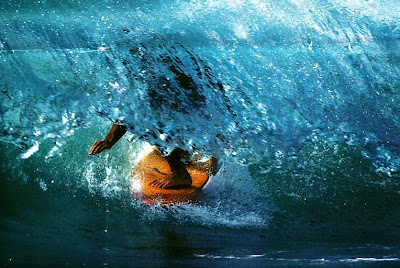 I stumbled upon Kye Fitzgerald's blog "Double Wing Flyer" and it inspired me to I pull my 'Drifta' out of the shed and take it for a run. You might remember it from a post I did last year. In addition to Kye's blog I recently found an article in 'Surfing World' published in 2006 where Terry Fitzgerald explains how the "Drifta" concept began as a divergence in the hunt for a combination of speed and points per turn, move's to match MR's twin fins and Simon's thrusters. Derek Hynd was Hot Buttered's twin fin master, DH's narrow-tailed, thin nosed twin fins allowed him to surf on edge and hold speed, vertical and down the line. Frank William's was our production shaper at the time and he had been fiddling with third fin stabilizers on his twin fins, which Derek and Derek's shaper Ronnie Woodward picked up on. My tri tangent was a little more off beat, harking back to the single fin / trailer side fin concept that Brewer shaped and the Chapmans surfed in the early 70's. All these options featured variable fin sizes in various three fin configurations. It was Simon who turned on the lights by making three fins all the same size.
So, with MR flitting all over the face and Simon going vert and laying back, what was a poor boy to do to hold on to some individual space in that competitive race? Trawl the memory banks and look for something better.....drift!
In the late 70's needle nose boards were injuring kids and there was even a move to ban ridiculously sharpened noses. Of course the purists got their knickers in a knot but the jump to safety by simply rounding off noses was too easy. It also made a lot of design sense when 3, 4, inches were loped off, keeping the hips and width of say a 6'3" but lopping and rounding the nose- voila you have a shorter board with no nose weight that can be stood up vertical with less effort but still hold longer board lines on the rail- Strike 1.
By taking the old double wing swallow tail templates and widening the front wing, the board had impressive planing area, speeding over flat spots and skating down the line. In stepping down real tail width with two wings, the narrowed tail held in when it mattered. By pinching the wings, they would bite deep into the wall, keep you high on the face where gravity and wave speed provide the power- Strike 2.
Ten years of concave work had provided the engine: single concave under the front foot, lean forward to accelerate, double under the back foot, lean back and turn. All that planing area allowed speed set ups that could be ridden almost as a slide- controlled, waiting for the fins to kick in and drive, drifting, down the line, through bottom turns, setting up for the punch and side fins controlled pivots.
So how to keep those suckers in the water? Simple, a wide based single fin straight out of a sunset gun from 1975, and two smaller trailer fins focused on the front wing release points. Couple of flutes through the second wing to channel water into the narrow swallow and what have you got? A triple latte double flat caramel shot mongrel mix that was love at first sight. 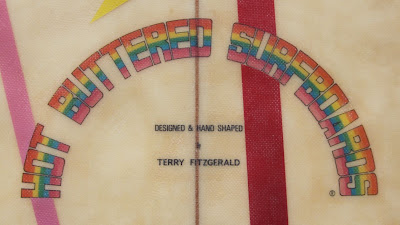 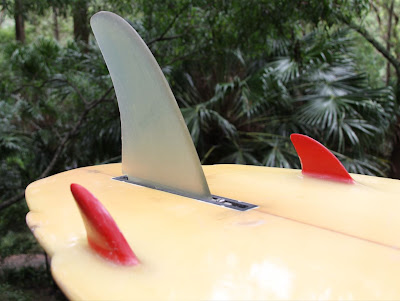 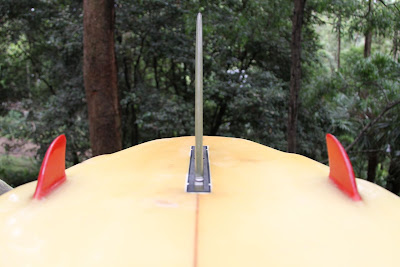 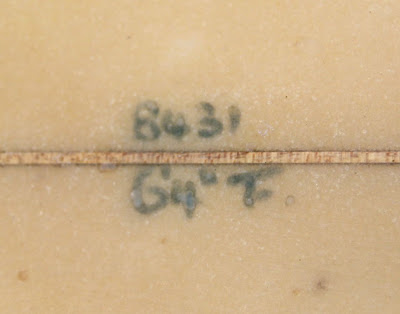 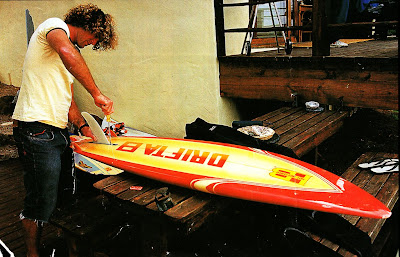 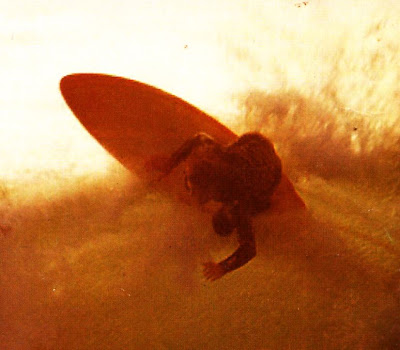 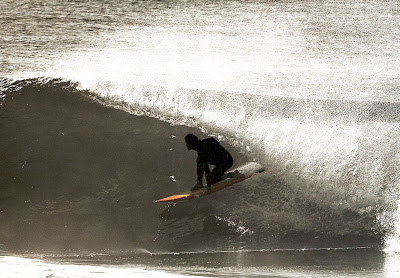 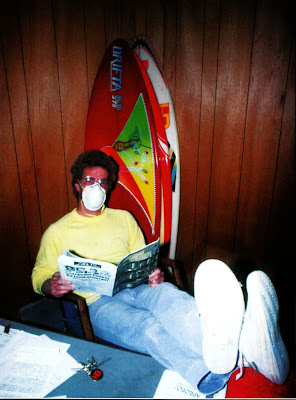 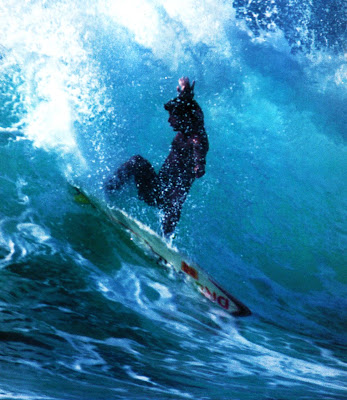