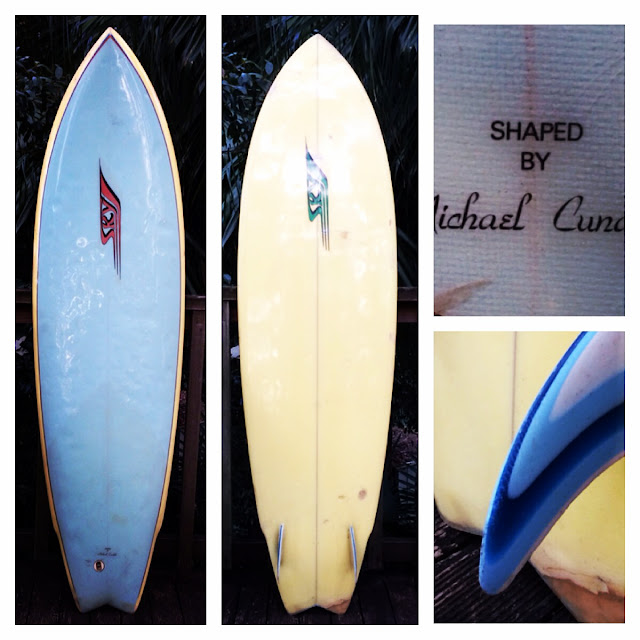 I'm pleased to share with you my Michael Cundith shaped Sky twin fin. An odd shaped board with fins set close to the tail. Michael was a close friend and collaborator with George Greenough and the 'stubby' , high wide point nose is a direct connection to Greenough's knee boards.
Another common feature on MC's boards of this era are deep double concaves and saw cuts in the fins.
I had seem fins with cuts in them around for years and thought they were a backyard modifications done after the fact. It wasn't till recently that I connected Georges work with flexible fins, inspired by tuna fish fins, that I realised that MC's fin cuts were part of that same fin flex experiment. 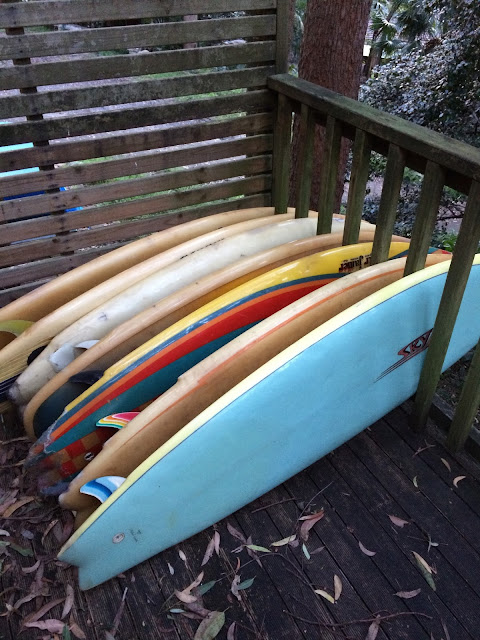 The board is now in the hands of a friend who grew up surfing an almost identical model.
I'm excited to see what he going to find to swap me for it! 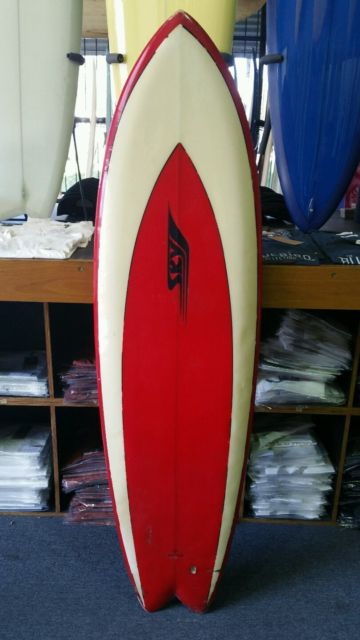 Another fantastic example shared by a reader. 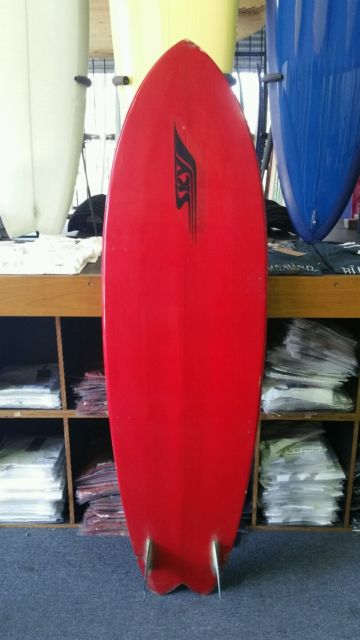 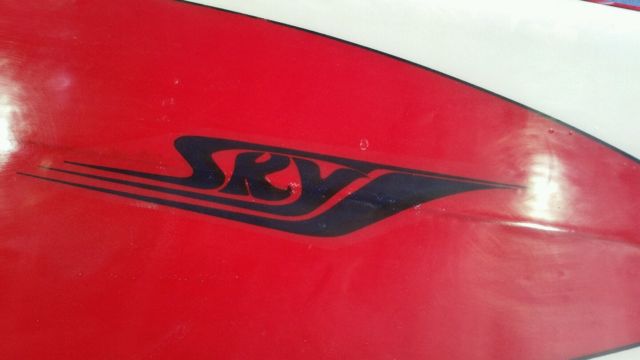 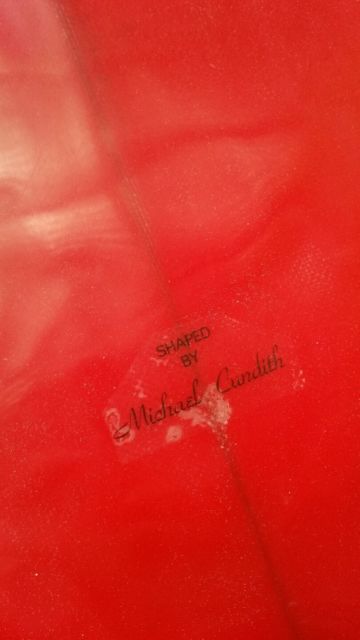 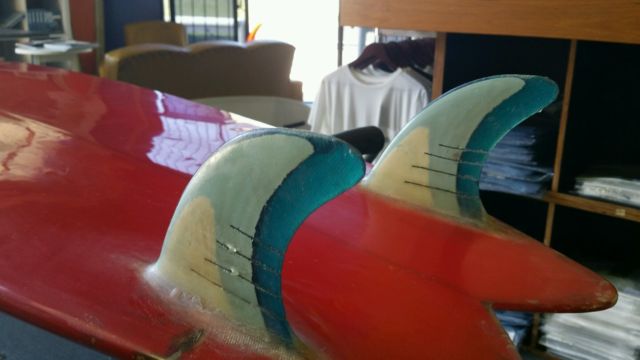