Rarely does good luck come my way when it come to finding quality, old boards cheap. My day job has me chained to a desk so I don't get out on the road much to scavenge rubbish tips, junk shops and deceased estate auctions as much as I'd like. My best chance comes from using my eagle eye to spot something of value that's been poorly listed on eBay. The best example of this is when I once found a Lightning Bolt twin fin listed under 'Canoes'.
Recently I spotted a listing from the Western Sydney suburb of Milpera, that's more famous for the 1984 father's day bikie massacre between the Comancheros and Banditos than it is for surfboards.

The seller had listed just one photo of a dinged BB logo. 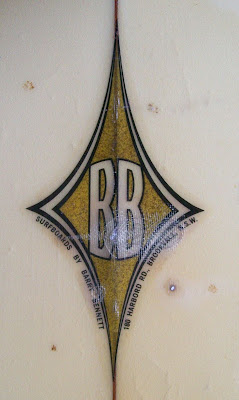 Now, Barry Bennett is a fine shaper and an important figure in the development of surfboards in Australia, founding Dion chemicals and blowing the first polyurethane blanks in Australia. But Bennetts are pretty common and not that collectible.
Unless, as I've mentioned before, you find one by of the guest shapers like Nat young or Gerry Lopez.
So I put a bid on it and was winning the auction at $46.
Then, 12 hours before the auction ended the seller posted new photos. I immediately recognized the plan shape and thick rails, that matched my red Nat and was stoked to see the cross legged Buddha logo of Nat Young.
I was so excited!

12 hours to go and I was winning at $46. I upped my bid and called my friend , who shall remain nameless.
I told him how I couldn't believe my luck and how excited I was. I told him where the listing was and told him to go look it up and check it out.
It is a this point the story goes bad.
He claims there was some confusion as to my intentions with the auction. The story ends in a cavalcade of anger and accusation as the auction ends and I find I've been out bid by this very same nameless character. Like the wise King Solomon who ordered the baby cut in 2 I have made him agree to on sell it so neither of us will get to keep it but hopefully it will go to a more loving home.
For its not about possession, its about discovery and appreciation. 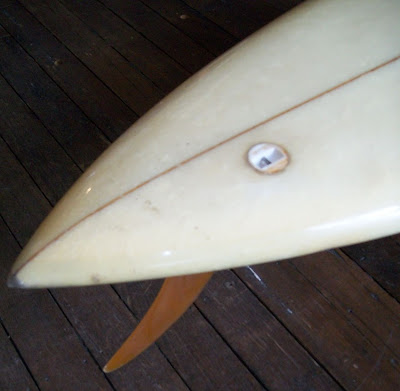 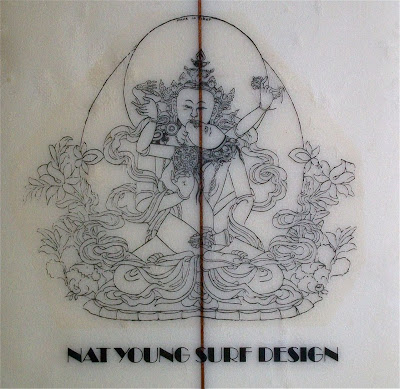 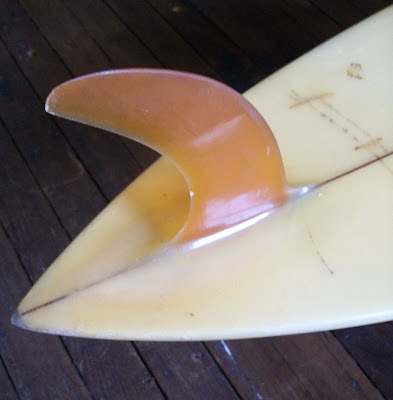 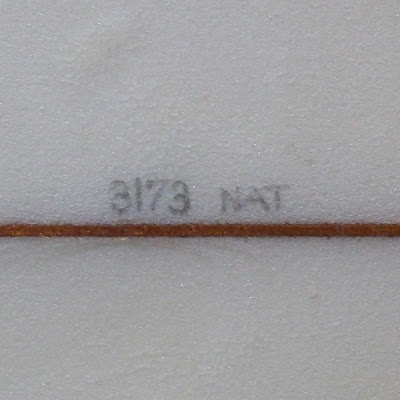