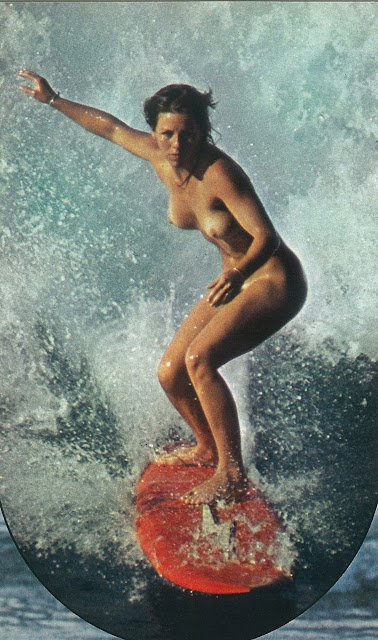 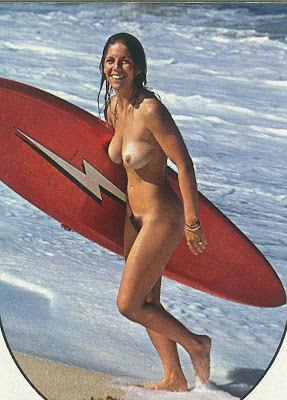 Laura Blears Ching won title of Hawaii's number one amateur female surfer, won the women's division in 1972 Makaha Invitational surfing competition, became only female to compete in the Smirnoff men's championship in 1973 and took part the following year with six other women and won title of world's number one lady surfer.
She is perhaps most famous for her appearance in Playboy's July 1975 issue in her six page pictorial titled "Super Surfer".
This could be one of the most famous and often reproduced surfing photos out side of traditional surfing circles. To me, the stunning red Bolt is the most impressive aspect of the photos. The bolt and the fact she's surfing a north shore reef with no wax and no leg rope.

I wonder where this board is now? 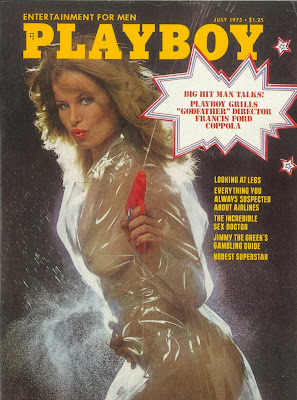 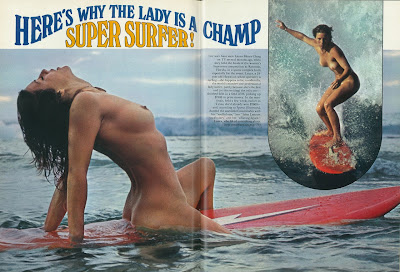