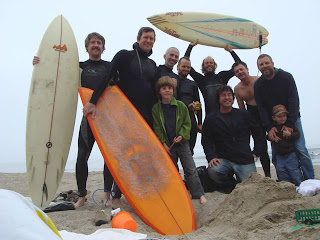 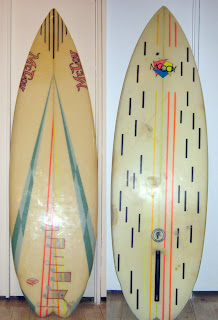 Like the El Camino (ute) and the stump jump plow, the Americans want to copy everything the Australians do. Here is a board my friend Mark and I found in San Clemente, south of LA. A unqiue U.S licenced version of Geoff McCoys Laser Zap design. I brought it back to Bondi for a while and found an original Star fin for it before sending it back from wence it came.

Of course the truth is Australian copies everything the Americans do, except for the ute, the stump jump plow and the bionic ear, including being the only nation on the planet to back the US in every war since the war of independence. But don't get me started on the need for an Australian war of independence and how Australia is tied to Great Britian's apron strings.