In the late 70's many surfers still were riding 7' pin tails and going in a straight line. Others were experimenting with swallow, pin and diamond tails and trying to get loose.
But there was one group of forward thinking radical surfers and shapers, primarily focused on the south side of Oahu who were truly blazing new trails and busting some exciting new moves.
I've always been facinated by the revolutionary style of Buttons and Larry Bertleman as seen in movies such as Five Summer stories. 360's and mind blowing fast and loose turns on short thick single fins.
I was stoked to get my hands on this 5'6" late 70's round tail single fin from Hawaii.
I couldnt wait to get it out in the water to see what these guys were dealing with. 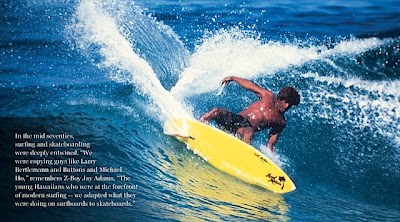 Surfline did a 6 part feature on the influence surfing has had on skateboarding and viva versa, starting with Larry and Buttons and moves like these.

Although radical for its time it still has classic 70's elements like its high wide point. 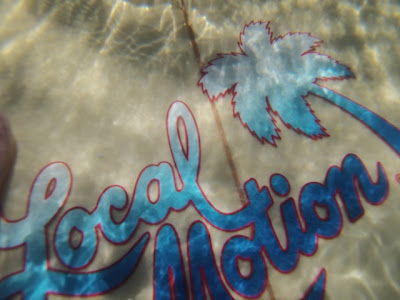 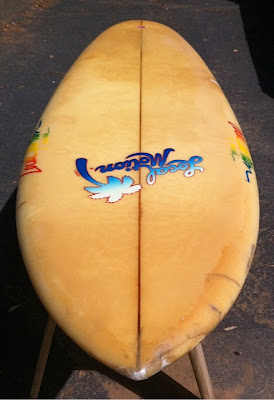 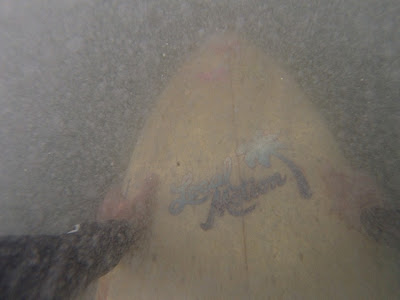 Winter in California. Cold and murky. 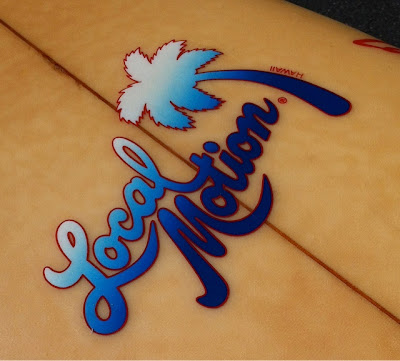 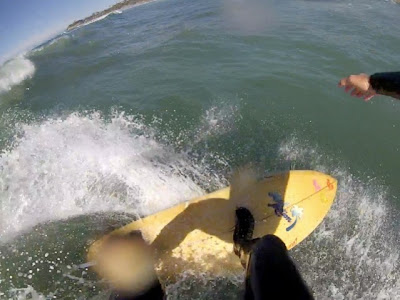 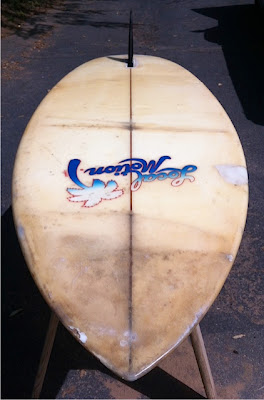 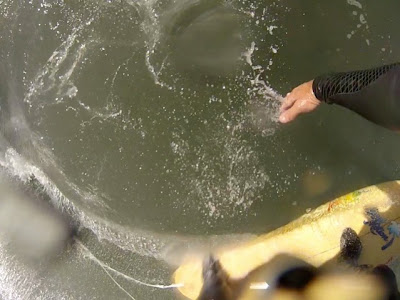 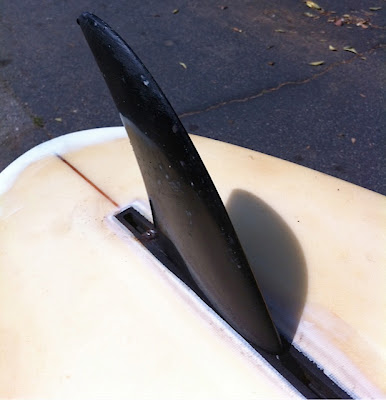 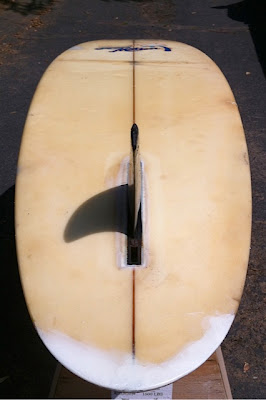 These two images exemplify what the design is all about.
The board looks like a skateboard and it feels like riding a skateboard on water. 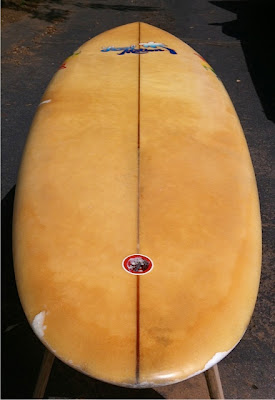 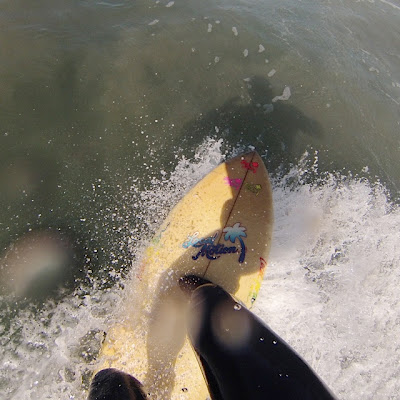 I found the board very hard to ride, very hard to catch waves and very hard to get going.
But once I got it moving and found a little pocket the thing went like a rocket.
It felt like riding a skateboard in a 70's concrete skate park. 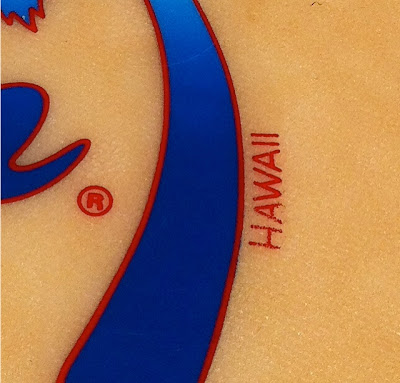 This decal dates the board to pre-1979 when they updated the logo. 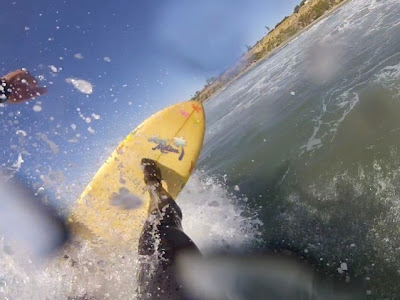