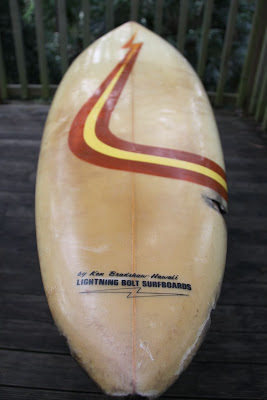 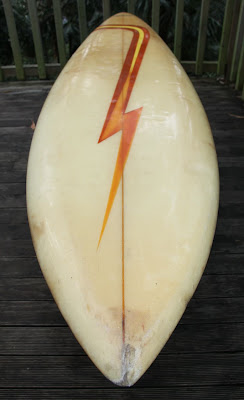 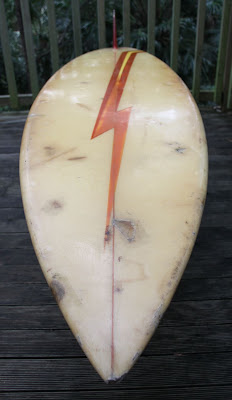 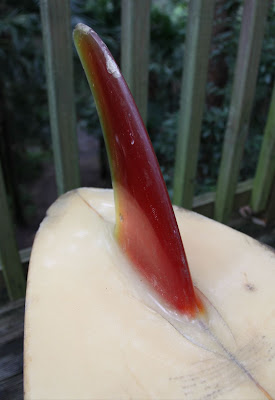 I pulled my unrestored, 1973, Hawaiian built, Ken Bradshaw shaped, single fin gun out of the shed today and said:
"Wow, what an amazing, beautiful board"
My wife said:
"ummmmmm........no its not"

I understand what she means, and I'm sure many of you agree with her entirely.
Let me explain.
Lightning Bolt single fins dominated the collective surfing consciousness of the 70's and filled my magazines.
Amazing beautiful magazines that featured pictures of places far away from Australia, magical places with exotic names I had no chance of going to and had only heard of in Beach Boys songs like Ha-wa-ii and Cal-i-forn-ia.
Lightning Bolt single fins may be common in the Islands and So-Cal but they don't exist in Sydney.
As far as I know, correct me if I'm wrong, Gerry Lopez has only visited Australia a handful of times when he shaped a few boards in the Bennett factory in Brookvale and surfed the maxing bommie outside White Rock near Long Reef.
Lightning Bolt single fins from the 70's are impressive.

When I was in California recently my friend asked me:
"Have you ever seen a Kangaroo in the wild?
I said "Yes"
She said "that must be amazing!"
I said:
"ummmmmm........no its not"
I had the chance to move out of Sydney for year to a spot on the south coast that had a little right hand reef break out the front and a heap of damm Kangaroos on the lawn every day. They were standing in the middle of the roundabout outside the post office in the middle of town!
Do you get where I'm coming from? 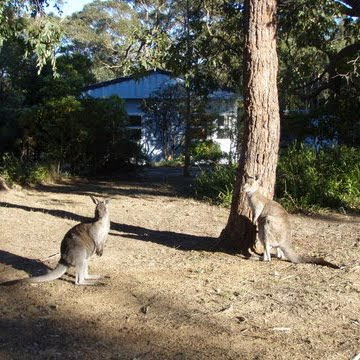 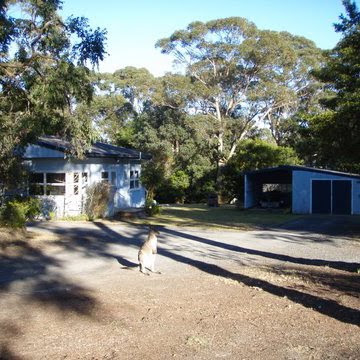 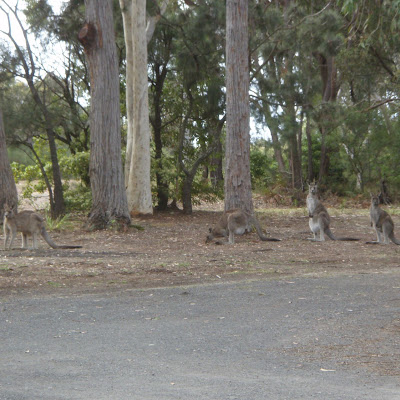 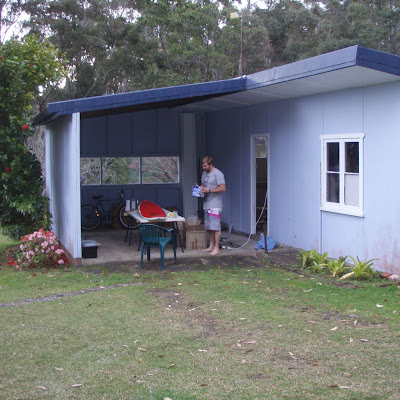 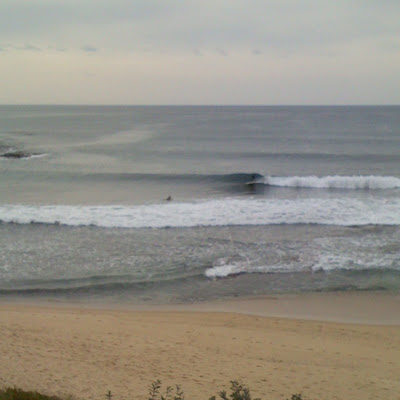 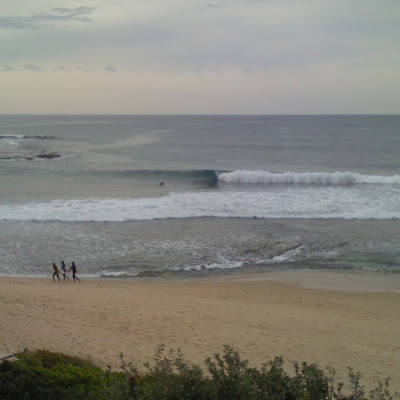 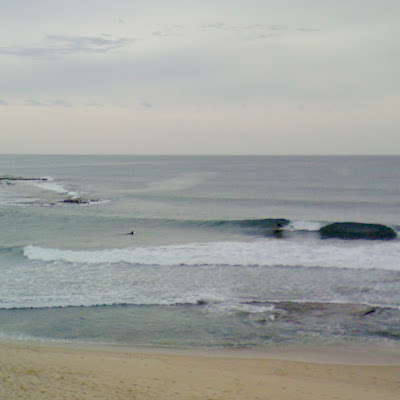