Glory days. They will pass you by like the wink in a young girls eye.

1987 was not a good year for surfing or surf culture.
In 1987 surf culture consisted of pro-surfing or nothing.
If you were not a pro-surfer you pretended to be one by putting stickers on your board.
Ironically 1987 was not a good year for pro-surfing either.
I was there at the Coca Cola Surf Classic in 1987 at Manly beach, one of the most polluted beaches in Sydney, owing to the yet to be updated North Head sewerage outfall.
Led by Damian Hardman, pro surfers had sucessfully developed a formula based on the pro-contest judging formula that resulted in doing x number of identical turns to the beach. The result being a high acumlative point score but the lowest level of spectator interest.
This type of surfing was automated, mechanical and predictable.
The lowest point of all came during the comp when the would be world champ turned to catch a broken wave to disqualify Tom Carroll on a technicality in on shore 3 foot waves.
This one gesture did much to hasten the generals public's loss of interest in the sport and the lifestyle.
To the greater world surfing was pro-surfing and this was what surfing had become.
Poor quality waves at pro contests, standardized formulaic surfing and a simple minded, macho, masoginistic culture that kept women and girls out.
Violent localism was an accepted part of surfing at the big name surf spots and a boof headed thuggery typified by the Carroll brothers and others from the insular peninsular who ruled the surf media that perpetuated a lack of main stream media interest.
At the same time the decorative, expressive aesthics of surfboard design and air brush sprays of the pervious New Wave era had given way to a homogenized surfboard design decorated only with sponsors logos, real or fake that only added to the blandness of the sport.

I call this period the GOLDEN ERA of Australian surf culture.
The aftermath of the heroin plauge the ripped through the northern beaches and a general lack of interest in surfing meant uncrowded surf breaks and empty surf shops.
It was the GOLDEN ERA for me because in 1987 I was at the peak of my fitness, flexibility and surfing ability.
No girls were interested in surfing or surfers in 1987, none, anywhere, and I was able to succesfully maintain my virginity and obsessive focus on surfing for some time. Equally, without the axcess to internet porn I was brimming with testosterone and energy that I was able to unleash on the waves.
My enthusiasm and surfing skills were strong enough to attract the attention of the manager of my local surfshop 'Sunshine Surfing' on Pittwater road and I was offered a modest sponsorship that consisted of free surfboards and free wax.
This was better than money because you could run down to the beach in nothing but stretch fit neoprene boardshorts and help yourself to wax behind the counter and bask in the envy of the other grommets hanging around.

I'm sure my memories of these times and my impression of my own surfing from this period is somewhat idealized.
But I can still clearly remember a few big power turns and a few heavy tube rides that have to be some of the best of my life.
I can clearly remember the excitement of seeing these Sunshine Surfing branded boards arrive in store, shinny, new and white and smelling fresh from the racks.
I also remember these boards going better, faster and turning harder than any boards I had ridden up to that point or since.

So naturally I was excited to get my hands on, not one of my actual board, but one just like it from the same year.
My teenage hands probally even picked it up out of the racks and admired its clean lines and hard rails before choosing one with bigger, brighter logos.

Now comes the moment for me to ride "the best board of my life".
I fear it might be like meeting up with an ex-girlfreind you havent seen for 20 years.
Never a good idea as it can only lead to disappointment.

But looking at those lines, feeling those rails, there is memory in these muscles of mine that tells me that this thing is going to rip, just like it did in 1987. 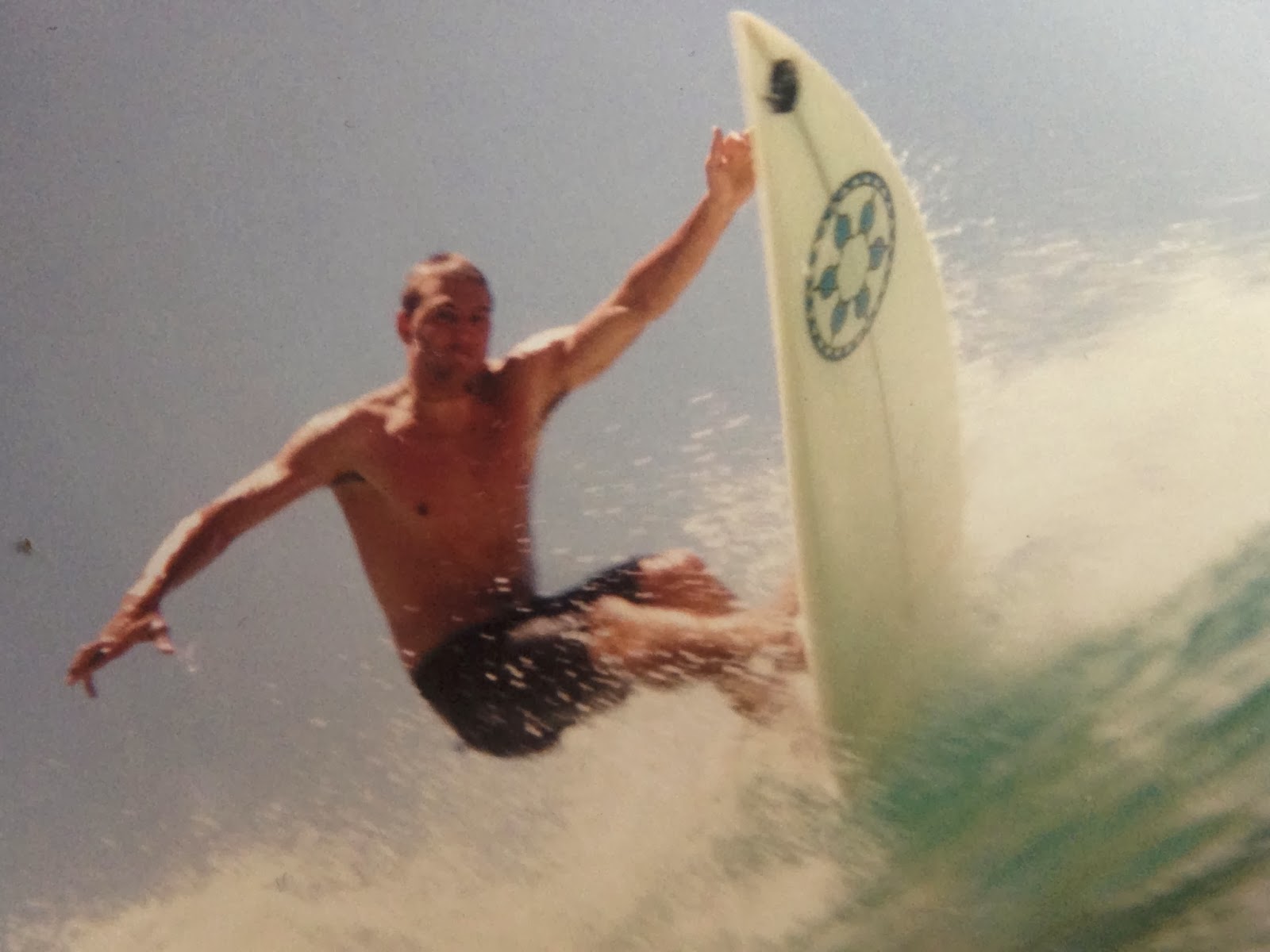 Here is me, the younger, lighter, fitter, virgin. 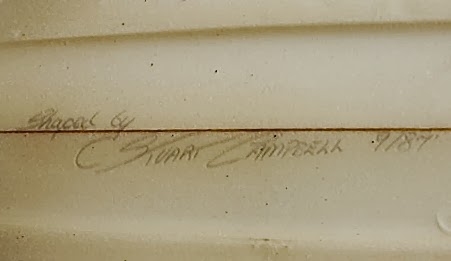 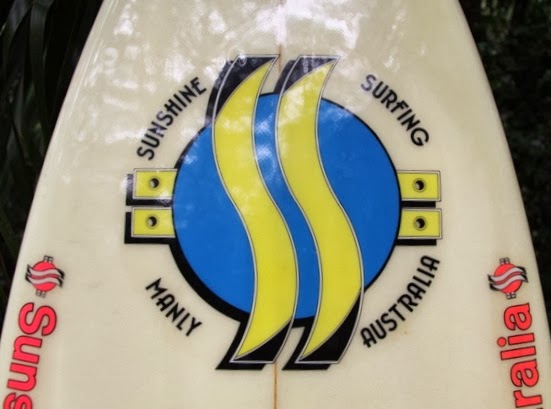 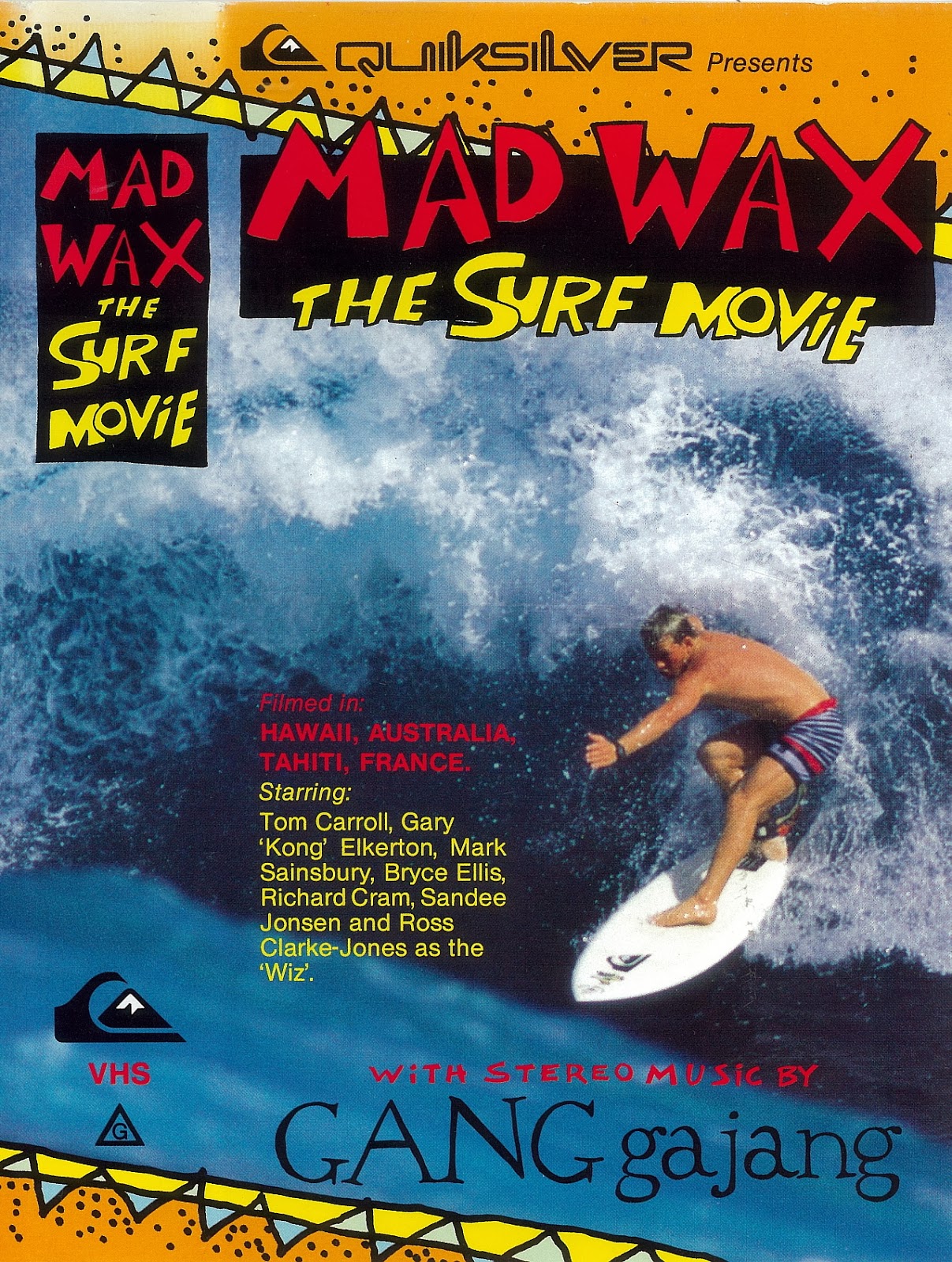 1987 wasn't all bad.
I did get to go to the premier of MAD WAX at the Enmore theatre and see Ganggajang play live.
Yeah OK, it was pretty bad. 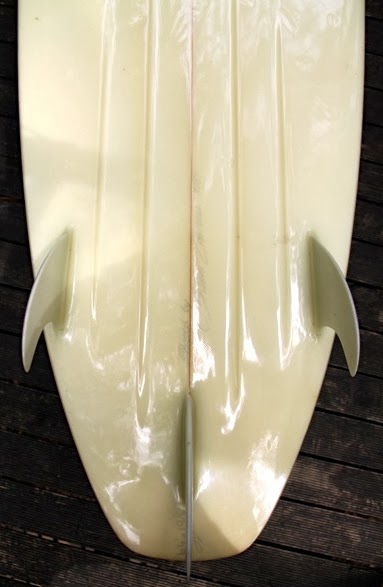 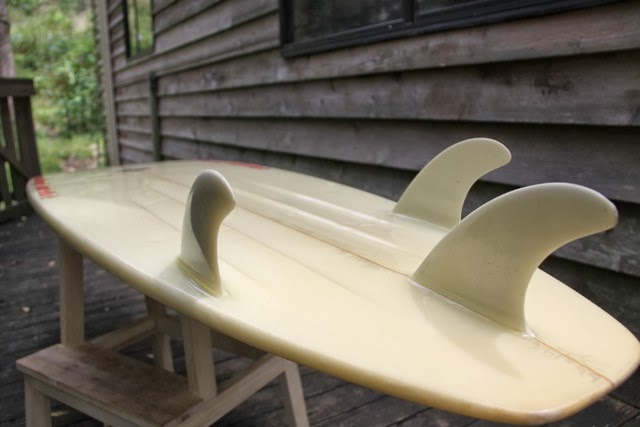 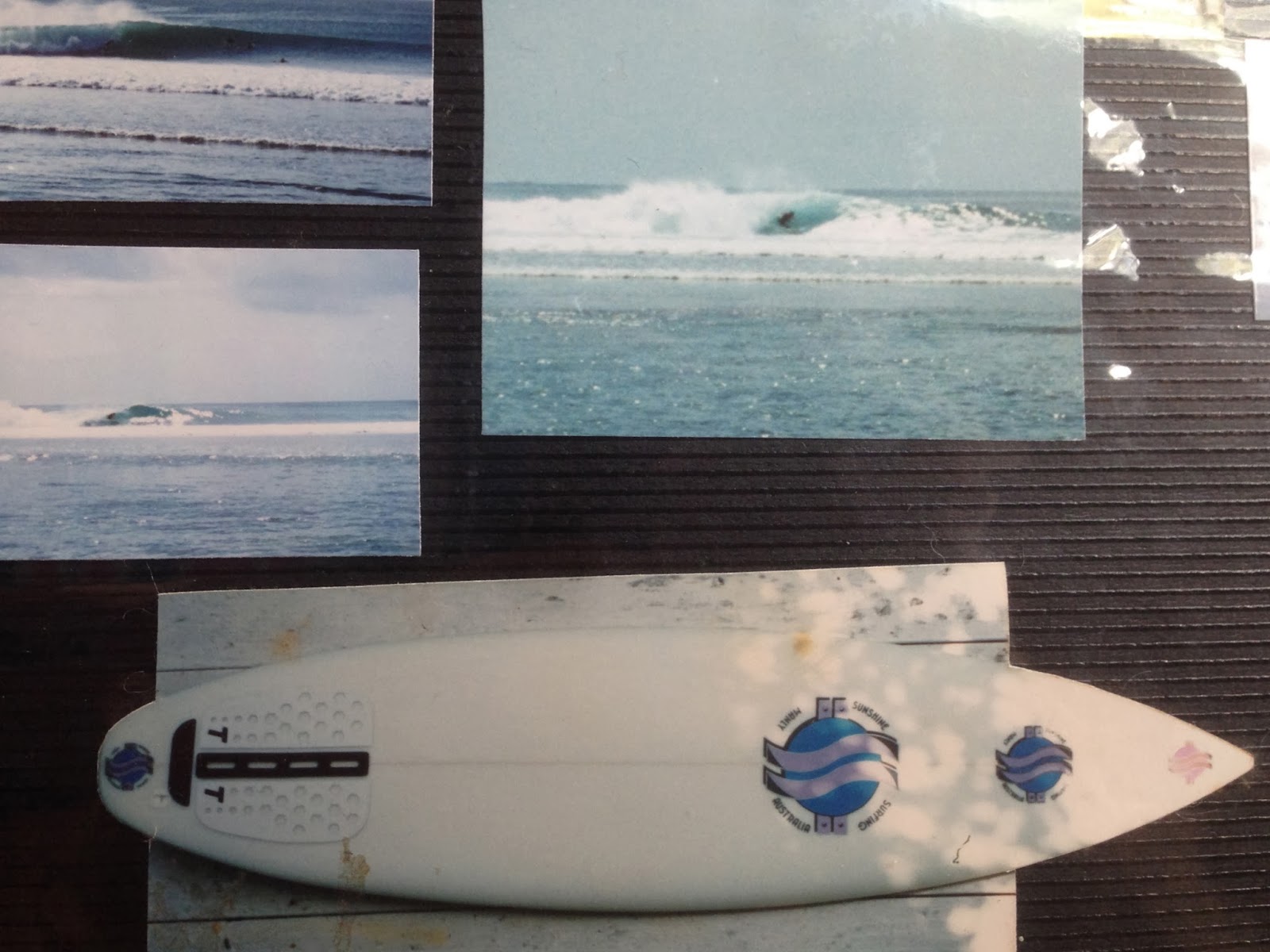 Here is a page from an old scrapbook of mine featuring 1-10 film shots of me at Uluwatu racetrack and one of my boards from my brief but glorious year of being sponsored.

Glory days. They will pass you by like the wink in a young girls eye.