I love the bumps in the road, the forgotten heros and the cultural footnotes that make up our colorful history of surf culture. Particulary 70's and 80's surf culture when there were lots of interesting things happening on the side lines have have been mainly lost to the mainstream telling of surf history.
Alec Cooke or as he and I prefer 'Ace Cool' is one of my favorites.
So I cant tell you how stoked I am to have found this early 80's tri fin pin tail shaped for Ace by LaRoy Dennis. LaRoy is a prolific Hawaiian based shaper who has shaped for , Creative Shaping surfboards, Hawaiian Designs (Ed. Sinot.) surfboards, Jeff Crawford surfboards, Mike Tabeling surfboards, Sunset Beach surfboards and Wave Trek surfboards.
This unbranded board was done just for Ace, with Ace's own decal.
Ace himself is an interesting character and much malined for his shameless chasing of hype and self promotion that largley overshadows his acheivments. Such as the day he, Mark Foo and Ken Bradshaw faced a 50ft close out at Wieamea bay and had to be helicopter lifted to safety. Still regarded as the biggest surf faced by paddle only surfers and done at a time when big wave surfing did not attract much media or industry attention. The story is retold here by Stu from Swellnet (who very nearly joined me on this south coast road trip). 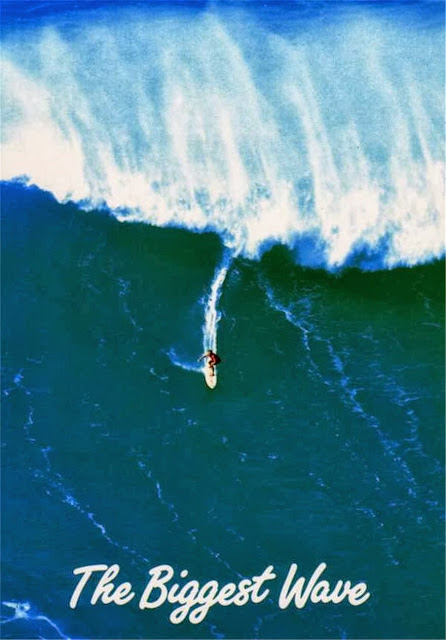 Alec himself details his big wave paddle credentials with claims on his own website that "I was flown by Helicopter to outer reef Pipeline (Log Cabins) in 1985 and caught a 35 footer as seen in the Postcard that has sold over 500,000 copies. In 1984, I was flown by Helicopter to Outside Makaha and caught a 35 footer. I surfed Kaena Point off a fishing boat in 1984 when the waves were was 25 foot plus and I was out at Waimea Bay on Jan. 18th, 1985 with James Jones and Mark Foo when the 48 footer closed out the Bay."


I made a call to do a run down the coast to a well know reef break that can pack a bit of punch. Stuggling to chose a board from the collection that could save me from a kicking I went for the rounded pin tail and additional foam of the custom Ace Cool board with thoughts of the similar size and power in Hawaii that the board was made for.
It turns out that my choice to head down the coast was the right one, the choice of the thick, heavy and slow early 80's design tri fin was not.... 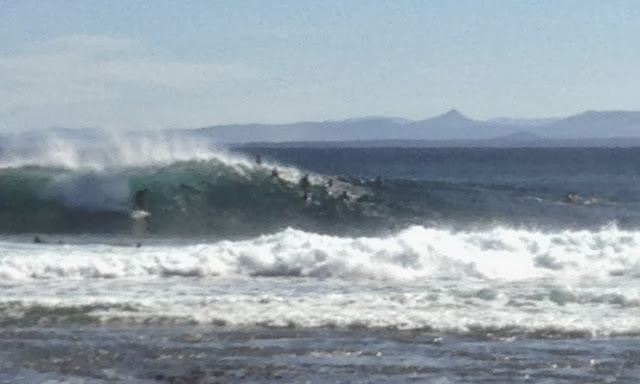 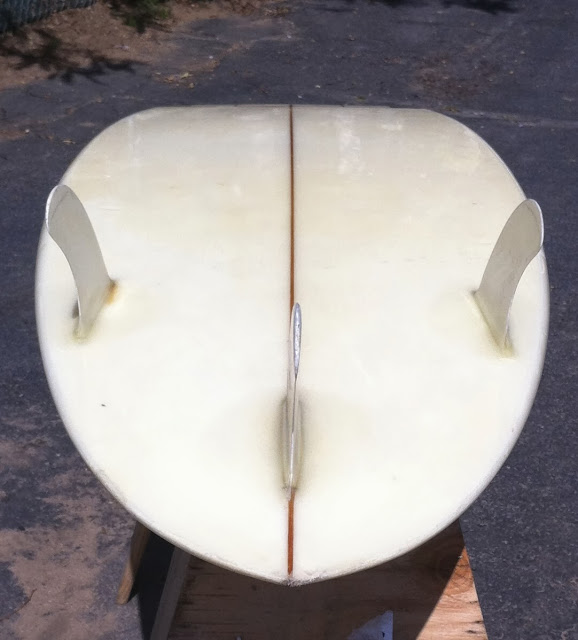 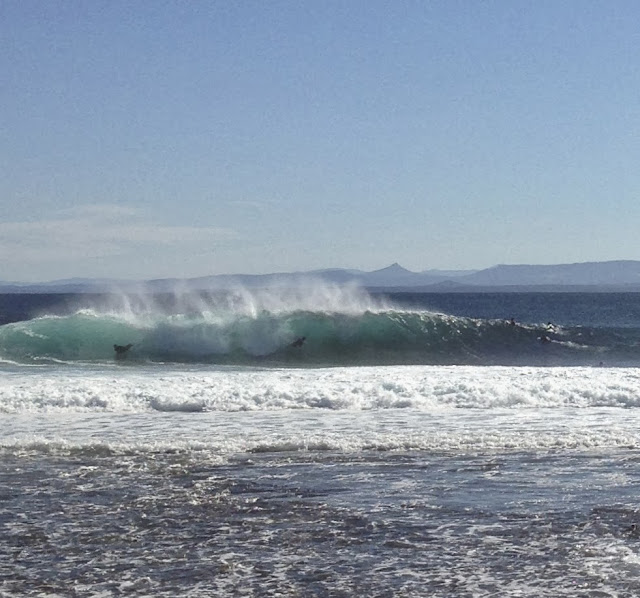 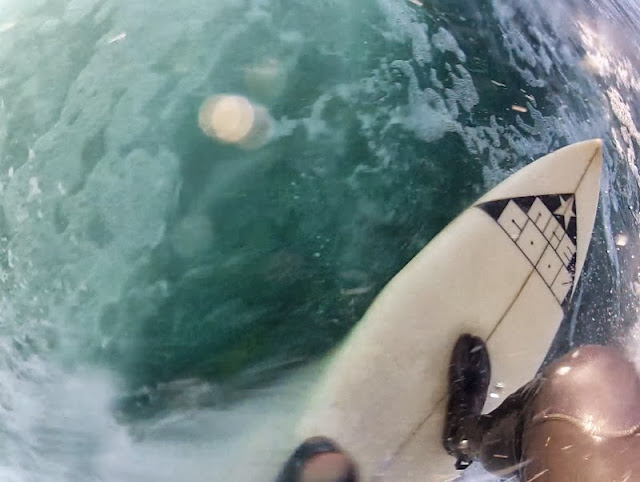 Frame 6: Light at the end of the tunnel. 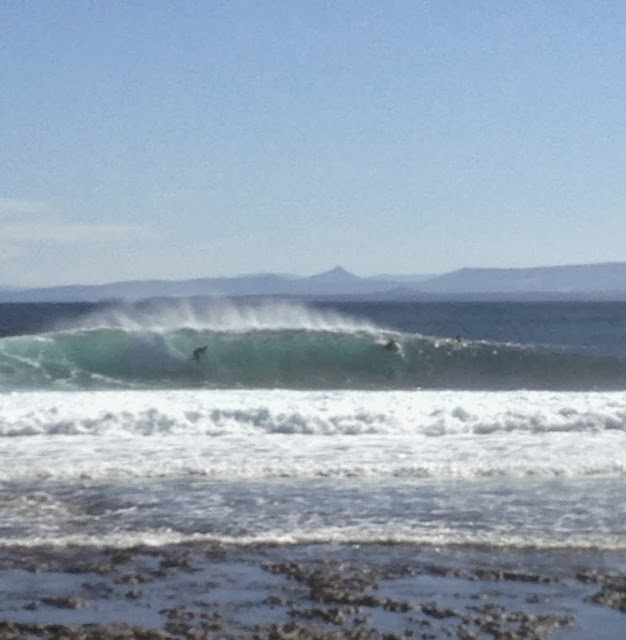 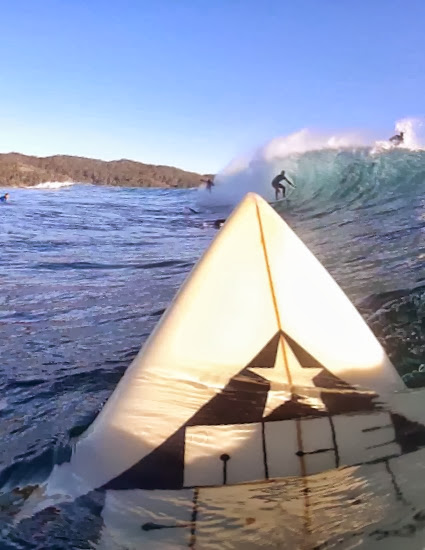 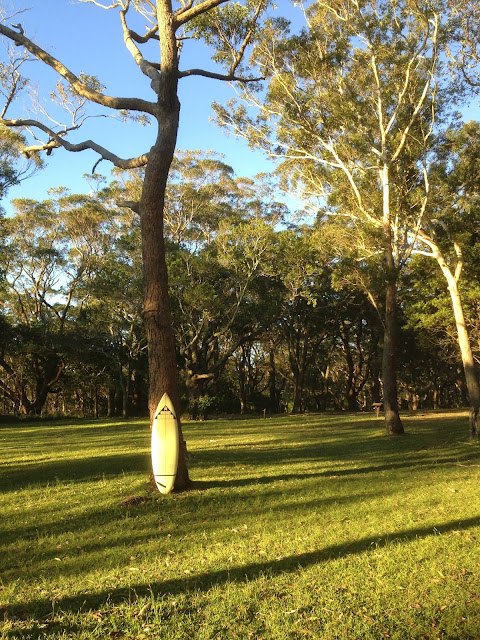