With love from Tokyo 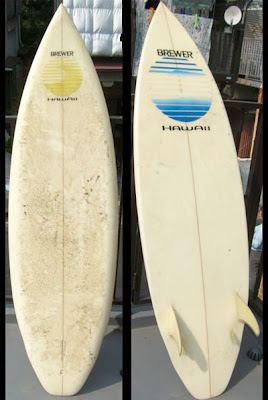 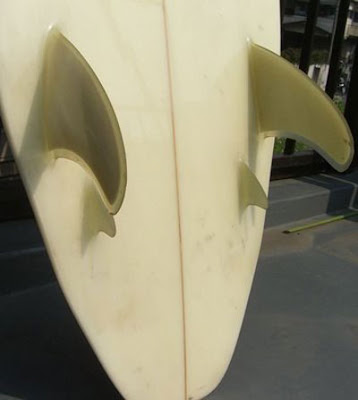 Doug, my new friend from Tokyo sent me these pics of his board he's trying to learn more about. I felt I had to post them because I think Doug has a great piece of experimental innovation period design on his hands. I've never seen or touched the board but my guess is that is a Japanese licence of Dick Brewer's brand from Hawaii because the logos are different and I've never heard of the shaper. Its a 5'8" rounded square tail with double hips. But the most interesting feature is the twin stabilizer fins set behind the big clear laminate twin fins. I've never seen this on a 80's twin fin. But it is similar to what Dick and Reno Abalila were doing with bonzer 3 fins a few years earlier. To me it looks very modern, like the new school quads kids are riding today. 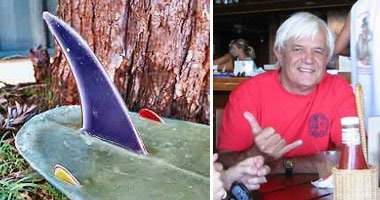