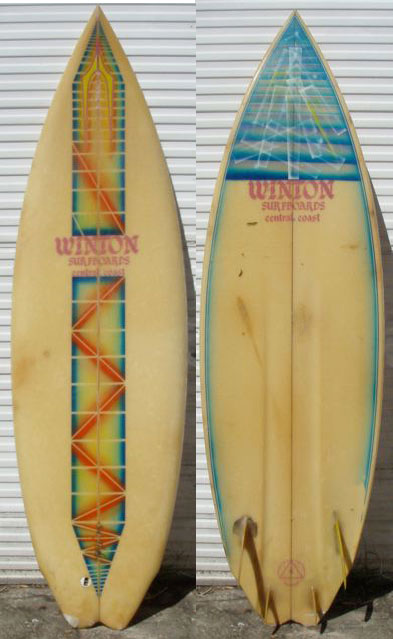 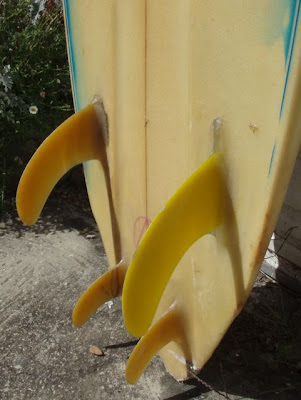 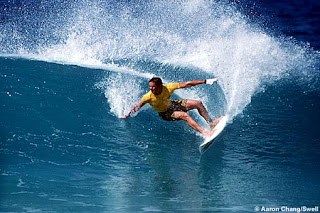 Here is a fine example of 80's innovation period surfboard designed and shaped by Glen Winton that I bought from Karl at Sam's board sale. A double hipped swallow tail, needle nose, quad fin with unique single deep and wide channel that goes 3/4 of the way up the board. It has interesting fin design too. The front 2 are long and elongated and are designed to flex and the back 2 are tiny but of the same design. Winton, known later as 'Mr X', grew up near Norah Head on the Central Coast of New South Wales and turned pro during the mid 80's. Rather than pick up on the unstoppable Thruster trend of the early '80s, Glen chose to run his own design race, developing a talent for shaping and re-shaping his equipment before during and after contests. He was known to lay resin edges along a board's tail, then sand them back in fractions, heat by heat, looking for the precise balance of release and drive. At other times he'd start an event riding a twin-fin, then convert it to a four- or six-fin overnight, or vice versa, depending on conditions - a somewhat radical approach that pre-dated the coming of multi-fin systems like FCS.