The first vintage surfboard I ever acquired was from a pawn shop in about 1995. The shop had 3 sections, the section up the front was the retail portion where they sold items they owned. The second section held items they had lent money against, but could not sell because the loan period was still valid and the third was a cage in the back yard where they were holding / getting rid of items they couldn't sell that they had acquired through loans that had gone bad or had been paid back and the items had not been collected.
I saw a early 70's Nat Young single fin pin tail with wood laminate fin about to be sent to the rubbish tip and even though I had no real interest in surfing on anything but the latest shape from the current  hottest shaper,  I thought "wait a minute, that's not right....."
I bought the board for about $10 and for the next decade it became a regular habit of mine to 'do a lap' of every pawn shop I passed in my travels and ask to see "the cage" out the back. For the next 5 years or so the average buy price for a vintage surfboard for me was between $15 and $50.

Although eBay had launched by 1995 I don't have a record of buying anything till 2004. Since then, Craigslist and eBay have changed everything about buying and selling old surfboards, so I felt a little nostalgic when I visited a down town San Diego pawn shop to look at this old U.S built McCoy single  fin from about 1980 / 81. I was able to negotiate a good price because some idiot had filled all the dings and scratches with pink car body filler some time ago but with a little sweat I was able to get it all cleaned up.
Shaped by Tom Watson, to me it clearly has the outline, thickness, double flyers and tail shape of the early Lazor Zap design. It was shaped for Mike Moir surfer and photographer who published the documentary book on the Newport during the innovation period of surfing called 'The Eighties at Echo Beach'.
This board may not be one of Danny Kwok's competition team McCoy boards but it could well be a close relative. 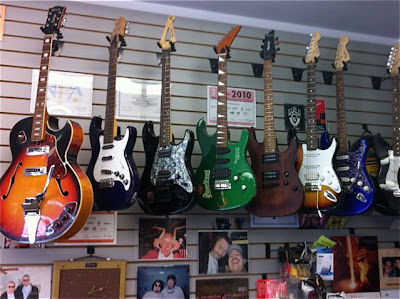 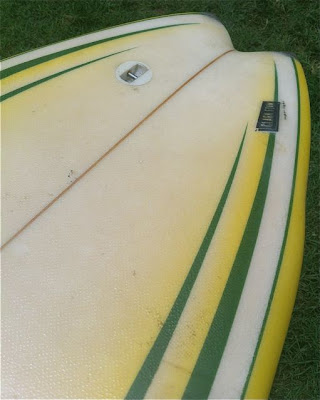 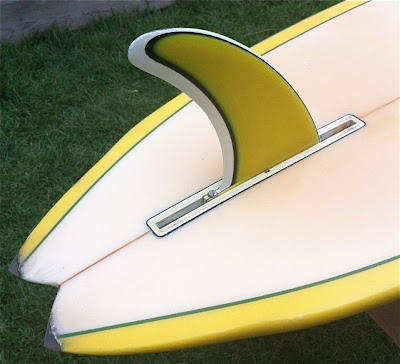 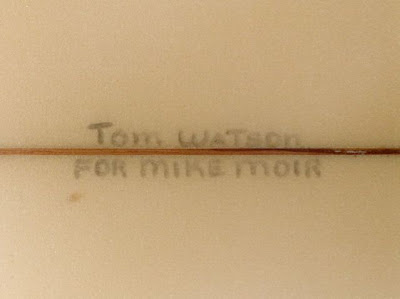 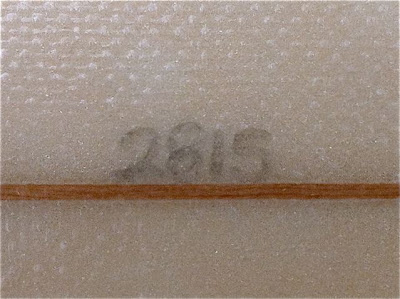 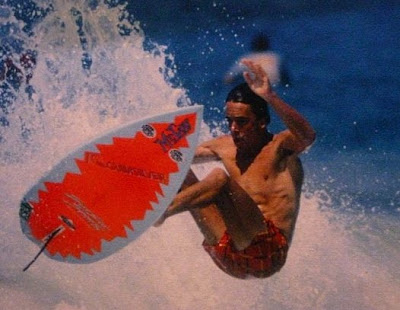 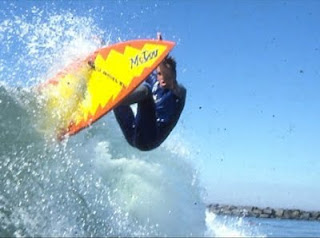 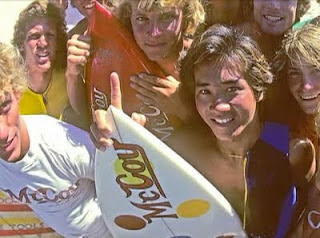