Bill Barnsfeild found the post about the Lightning Bolt twin fin of mine that he shaped and sent me an Aloha message from Hawaii. He showed me some other boards from the period that make me think that my board orginally belonged to five-time Women's World Surfing Champion Margo Oberg. 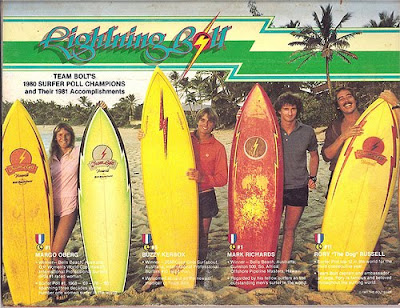 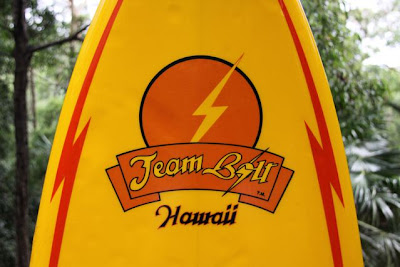 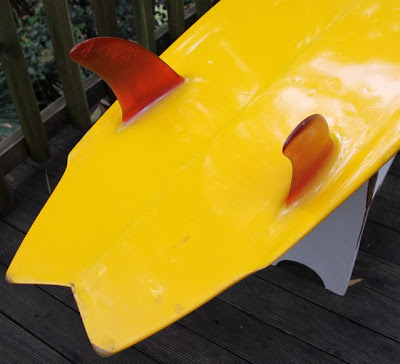 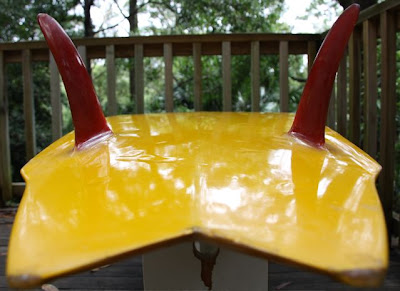 I love the fluted flyers. Its like the whole bottom of the board has a single wide channel. 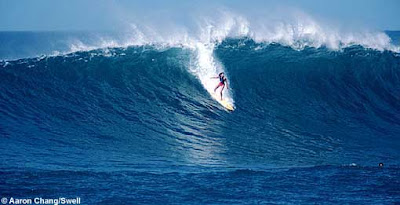 Photo of Margo at Sunset by Aaron Chang. 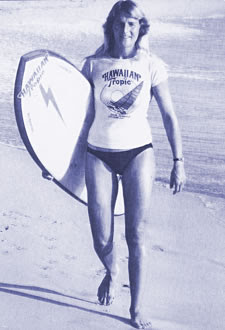 At the age of 15, Margo won the World Surfing Contest in Puerto Rico. In 1976 and 1977 she was crowned Women's World Champion after winning the Bell's Contest, the Coke, the Brazil International and the Master's in Hawaii. She finished 2nd in 1978 in the "closest world title race in women's pro surfing history". After taking a break in 1979, she returned to take the World Championship Titles in 1980 and 1981. 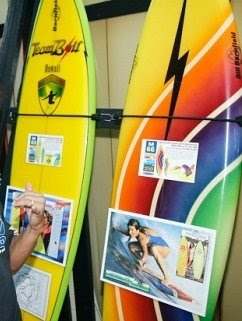 The board above right is a Bill Barnsfeild shaped Bolt of Margo's that was for sale at the recent Hawaiian Vintage Surf Auction and the one on the left was made for Buzzy Kerbox. 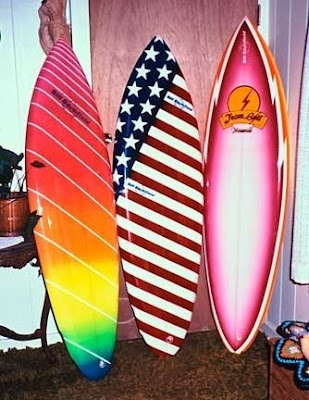 Bill tell's me the board above right was also made by him for Margo. 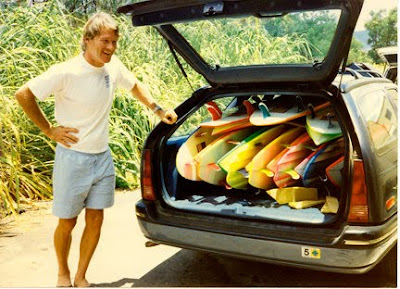 An old photo of Randy Rarick picking up a wagon full of beautiful 80's Surfers Alliance surfboards that were airbrushed and glassed at Bill's factory. 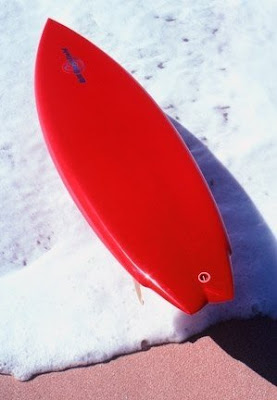 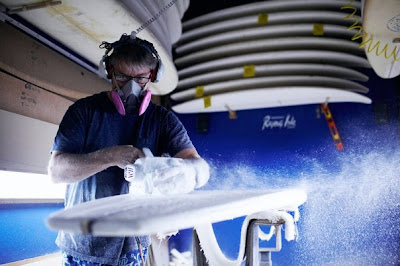