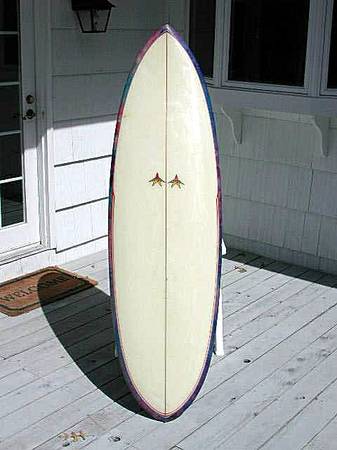 For example, this brief led me to revisit the 5'11" McCoy single fin that Cheyne Horan rode at Wiamea in 1983 as featured in the movie 'Follow the Sun'. This episode of experimentation was ridiculed at the time, but Geoff and Cheyne were testing rockers and outlines that have since been proven to be absolutely correct for riding big waves. We now see tow surfers sucessfully riding exactly this type of design at the worlds biggest breaks. 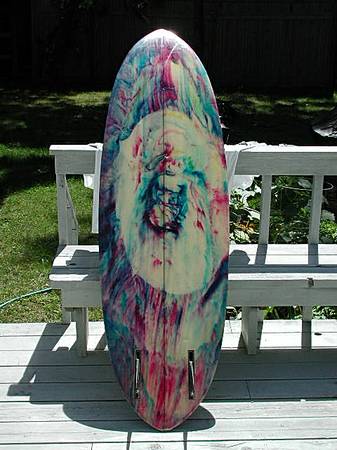 Although 40 years old this board looks absolutely cutting edge today due to the open mindedness and foresight of the talented tube rider, musician and shaper Neal Purchase Jr who has recently revisited this design concept, naming it the 'Duo' 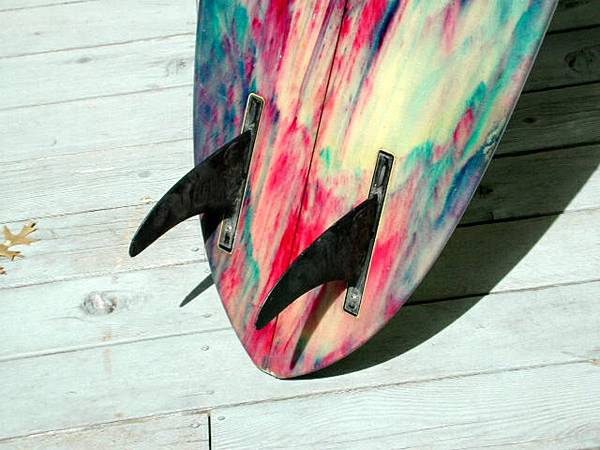 Although in this video Neal doesn't make any reference to the fact that this design and fin placement had been tried before in the 70's, this video of him at Uluwatu proves the designs functionality. 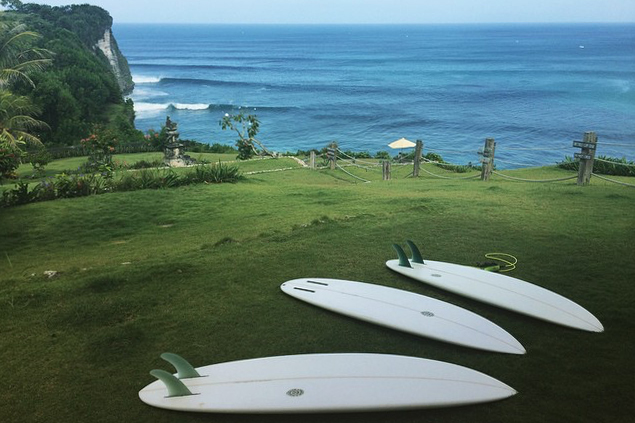 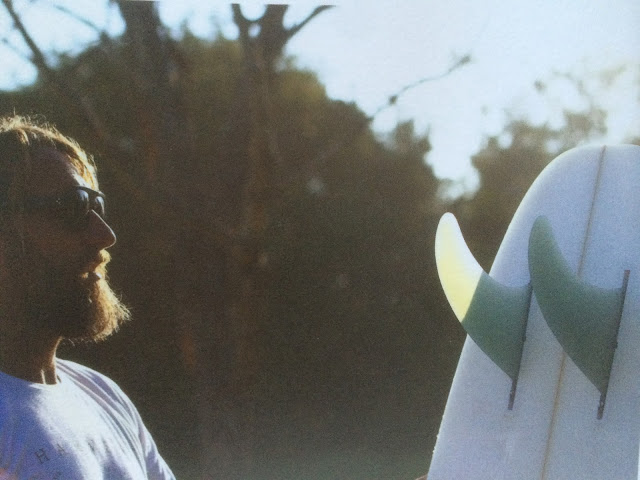 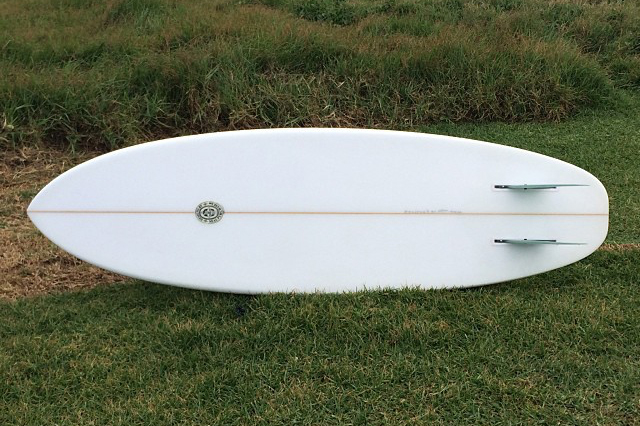 I'm a big fan of Neal's surfing and shaping and he is to be commended for his open mindedness and willingness to revisit innovations of the past and embrace their functionality. 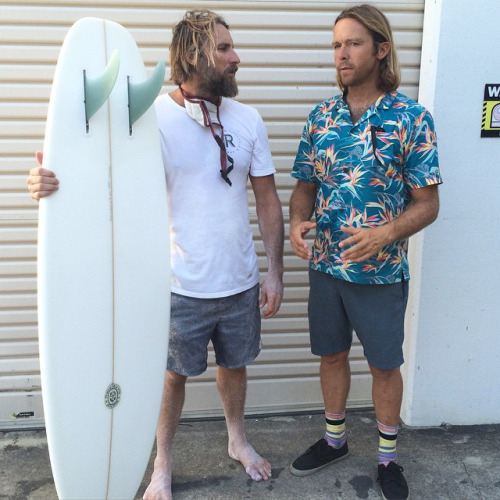 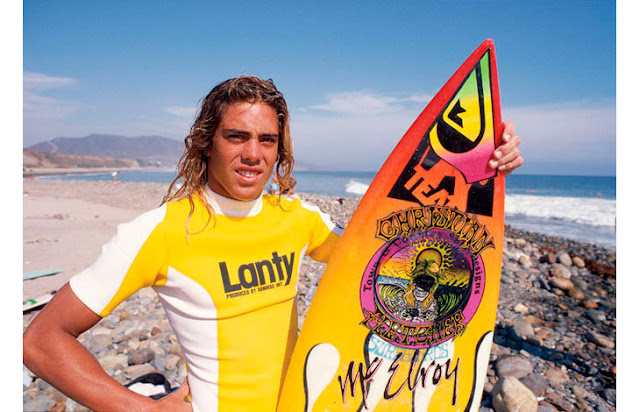 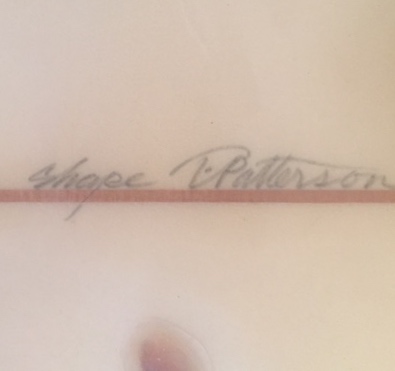 You don't come across one of these every day.
My good friend has managed to secure the very board featured on the from cover of the 1992 publication "Mark Richards - A surfing legend. The Authorised Biography".
It claims what we already well know, that Mark Richards was World Surfing Champion from 1979 to 1984 and is today considered to be one of the world's most renowned and gifted surfers. In 1991 he was noted in the American magazine "Surfing" as the top surfer out of a list of 100. This biography looks at his life, his career, including its highlights and setbacks, and the more personal issues that have changed his life including the death of his child from Sudden Infant Death Syndrome (SIDS) 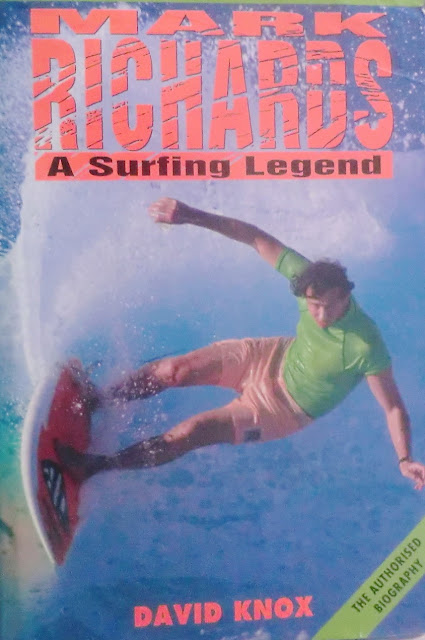 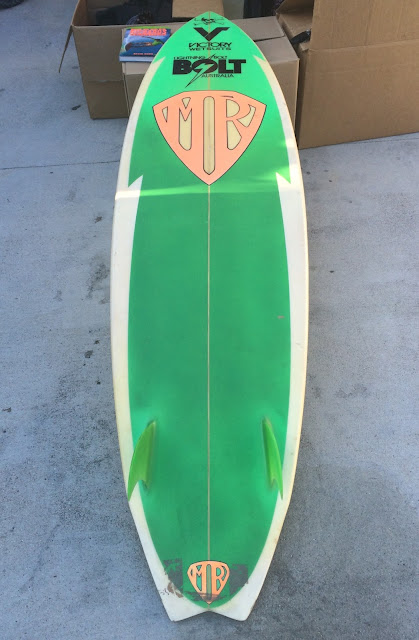 A very nice, subtle hump, swallow tail twin fin with all his famous decals, shaped by the man himself.

Thats a wrap!
Despite some inclement weather a great day was had by all at the Deus / Boardcollector Surf Swap #8 at Bondi Pavilion on Sunday the 27th of September 2105.

Highlights for me were the live appraisals done over the mic.

We had visitors bring boards over they wanted to know a little bit more about, find out some history and get an estimate of their values.
Myself, Gav Scott and Stu Nettle were on hand to fall the crowd in what came out of the board bags.
It was a huge buss to scrape away some dirty wax to see signatures, by Micheal Peterson, by Simon Anderson and for Cheyne Horan.

The 'Show and Shine' went off a treat. It was great to see everybody's favourite sticks laid out to be admired.

Fern from Aloha to Zen was there to sign books.
I sure had a good time.


We had tony Airspeed doing live pin striping for free.

A couple of bargains slipped thru my fingers like this lovely Emerald single fin with Rolling Stones spray.

JT from Deus was a charming host.

The Ben Lexan designed Star Fin ridden by Cheyne Horan in his McCoys proved to be as controversial as ever when came out of the board bag on an amazing tear drop shaped Geoff McCoy.


Thomas Bexon and Bob McTavish were mowing foam and capturing the imaginations of some of the young fella's.


'Do you think this is worth anything?'
- Simon Anderson shaped Energy single fin with flame spray.


Peter McCabe was on hand to be re-united with his Lopez shaped Bolt he rode in the opening sequence to Tubular Swells. 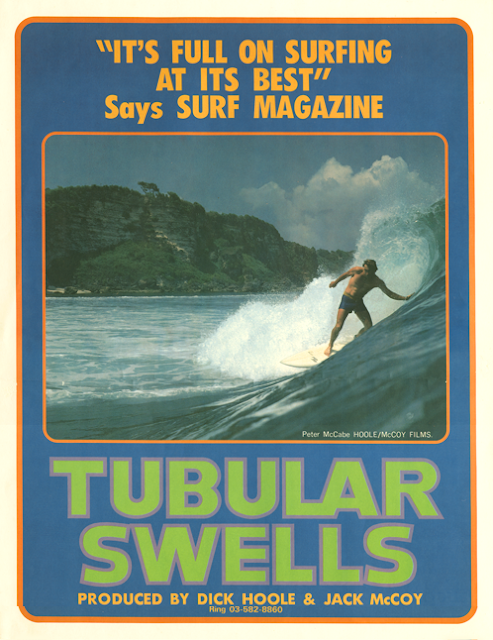 Aaron from Spunk records was peeling the vintage vinyl.


'How did Phil Byrne get those channels in there?'
The retro skate off had them doing moves like it was 1978.