Nat's Nat and the Cat in the Hat 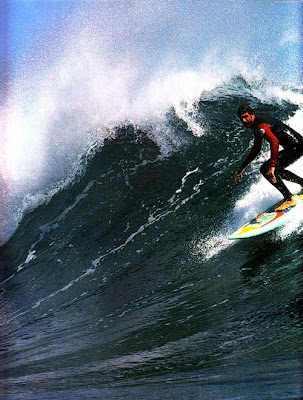 I first learnt to surf at Collaroy on Sydney's northern beaches in the mid 70's where Robert "Nat" Young was King. He went on to write a book, Nat Young's History of Surfing where he himself pretty much declared himself the King of all the surfing universe. I spent my teenage years reading that book cover to cover dozens of times, so my heart skipped a beat when I found this board in the back yard of a junk shop for $15 a few years ago. To be fair, Nat did win the World Surfboard Championship in San Diego in 1966, the first person to win the title who was not a resident of the host country. He went on to become one of the most influential players of the modern era.
According to Surf Research This board was probably shaped by Paul Holmes. The design was heavily influenced by Joey Cabell of Hawaii. This design features a compressed pintail gun template, 2nd phase concave bottom, soft box rails with a hard edge, large nose lift and, its most beautiful feature, a small Greenough single fin made from a combination wood and fibreglass laminates.
The board looks grey green on the bottom, but is in fact bright blue, the gloss coat having browned with age.
Of course I just LOVE the nude lady in the ferns rice paper transfer. The epitome of 70's cool. 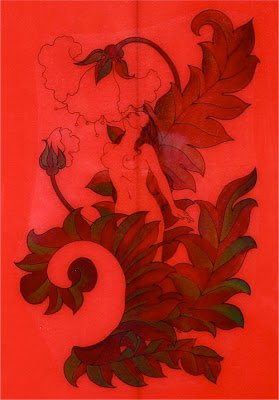 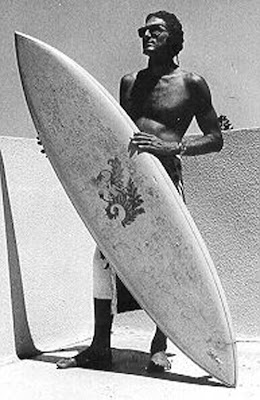 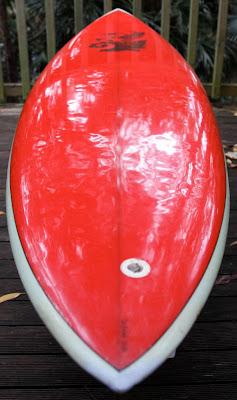 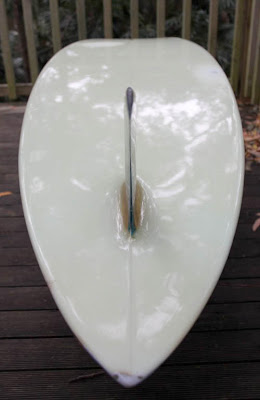 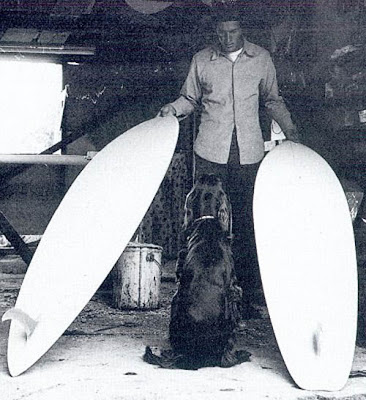 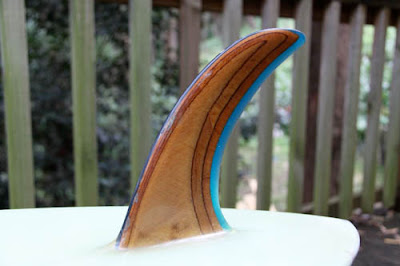 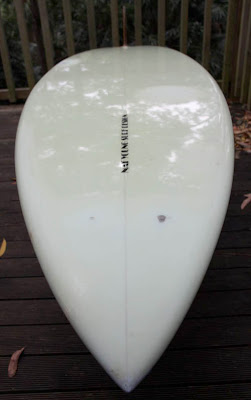 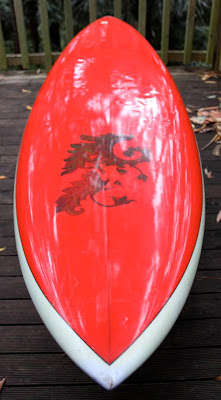 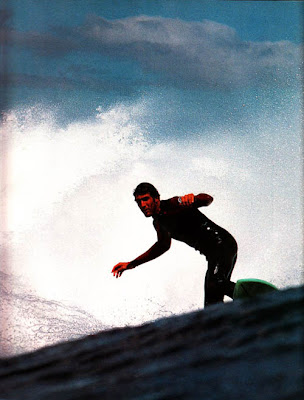