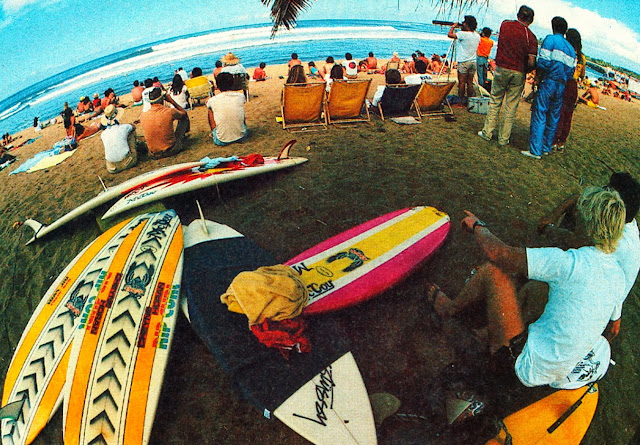 A fantastic selection of single fins lay scattered under the palm trees at Sunset at the Sunkist World cup in 1981.
Five Geoff McCoy shaped Cheyne Horan models and a lovely Shawn Stussy shaped single fly pin tail.
Cheyne bides his time in the shade prior to his epic World Title showdown with Mark Richards. Minutes later he went down to defeat in his first heat, thereby handing over the '81 Title to MR.
Photo by Aaron Chang.