I wrote a post recently called the 'Good News & the Bad News" where I lamented and celebrated the rising price of the once scorned innovation period vintage surfboards.
Since then I have questioned what I was doing with these boards and what type of collection exactly I was trying to build. Occasionally my wife complains about my collection of ugly, beat up (BUT HISTORICALLY IMPORTANT!) late seventies early eighties boards and asks why cant I get some nicer ones to put up in the house.
I came to the conclusion that I am a 'Modern Era" collector and I should be focusing on building a well rounded 'Modern Era' collection. A collection that should include at least one example of each important design phase from '75 to '85 and not just 20 MR template twinnys and 20 beat up early thrusters.
No collection of this type would be complete without the jewel in the crown, a late '70's Hawaiian built single fin pin tail 'Lightning Bolt' gun. A board that is concpiuoius by its absence from my collection mainly due to cost.
The results of the recent vintage auction in Honolulu showed these boards where fetching prices in the tens of thousands of dollars, well out side my $200 yard sale maximum spend. I knew I had my work cut out and my goal was probably out of reach.
As things turned out, I was in LA for work for a couple of days arriving on a sunday. 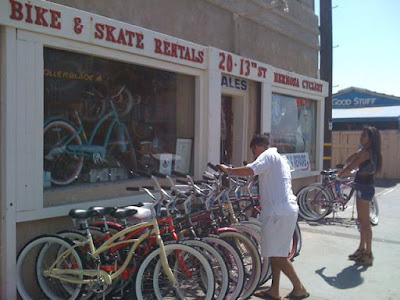 A few days before I left I started trawling on-line the LA papers classified, notice-boards, craigslist, broslist, ebay etc.
There were a number of Bolts listed for sale with prices hovering around 5K, well out of my reach. So I was was pretty excited to find a 1977 Ken Bradshaw shaped 7'0" Lighting bolt pin tail single fin in below average condition listed for sale in Hermosa Beach. I figured I could take my time on its restoration as long as I got it home to Sydney. 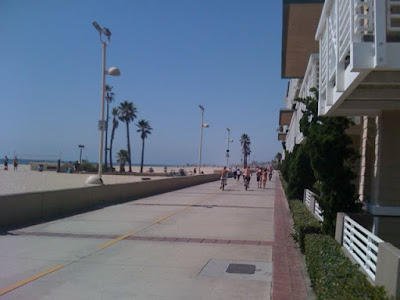 I have made a lot of friends buying, selling or trading boards with fellow enthusiasts but some trades are more memorable than others.
I arranged to meet Hermosa Vince in a back alley near the beach and on my arrival he's standing out there with my beat up Bolt. I give him the cash and the same conversation begins with nearly everyone I meet trading boards.
Hermosa Vince: 'So do collect surfboards?'
Boardcollector: "No, not really, do you?'
HV: No, not really.
BC: Hmmmm..... why do you ask?
HV: 'Oh, well I might some other boards to sell, do you want to have a look......'
BC: 'Yeah, I'm not really looking for anything, but seeing as I'm in California........

As we enter the back door an Adladin's cave of 70's and 80's period Californian boards opens up.
I mention Shaun Thompsons new movie 'Bustin Down the Door' and he says yeah, I've got a few of those, stacked up in the corner is a pile of ST twinny's.
I say that I have a few Energy Thrusters but I've never seen one of those U.S Thrusters that Simon did with Nectar and Vince says, 'oh you mean like these?'
Bolts, Ex-pros boards with flouro paint and 80's logos. It was fantastic.
Plus Vince had one of the best skateboard collection I had ever seen, including compeditors jesseys from the Pepsi Pro-Am which i suspect was used by Vince. 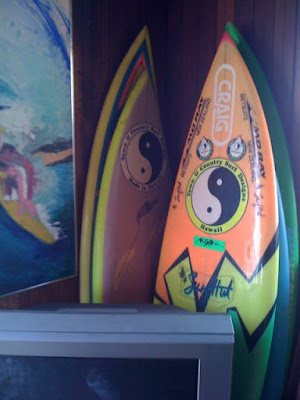 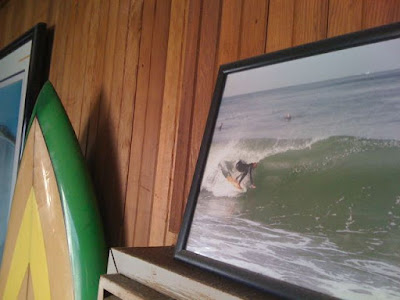 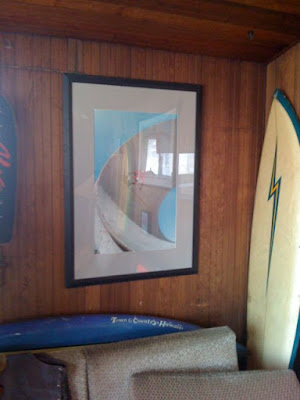 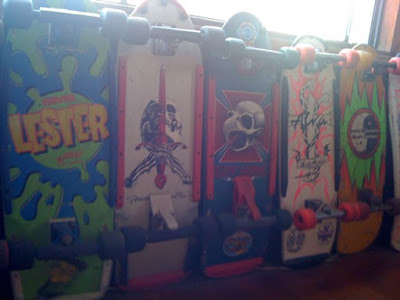 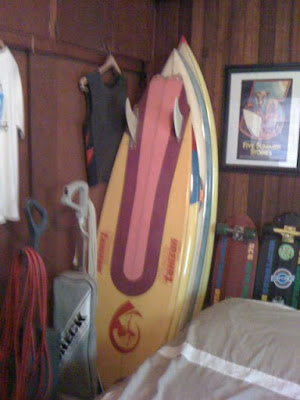 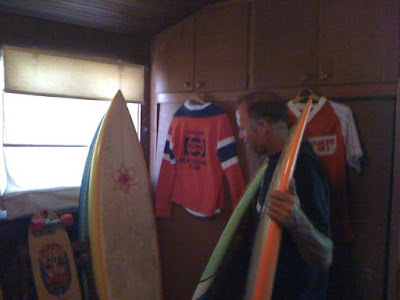 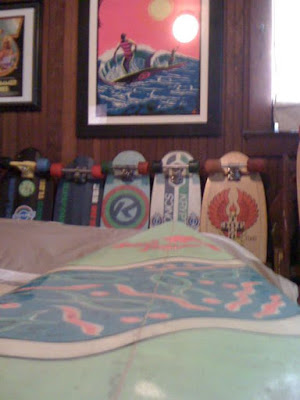 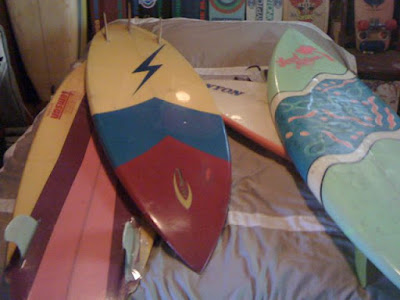 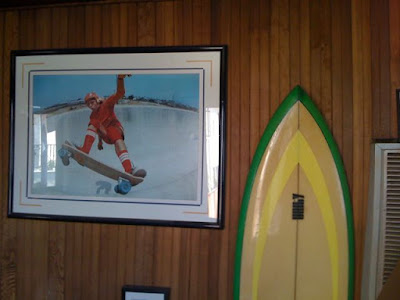 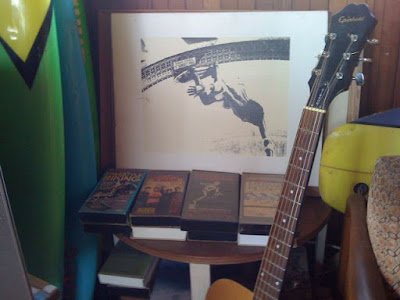 The Bolt is packed up and ready for its trip to Australia and will no doubt feature in a future blog entry when she's been restored. 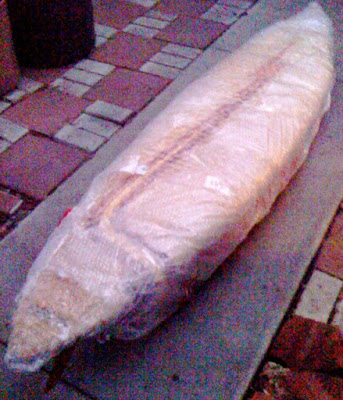