Doug wrote to me with pictures of one of the rarest and most beautiful condition original twin fins I have ever seen. Rarer than a 1942 Bordeaux in Nazi occupied France (the most sought after collectable red wine in the world) because in 1982 Mark Richards was world champ and competing around the globe full time. He would have hardly had time to shape his own boards, which is impressive in its own right, let alone gifts for friends-

"I was reading your blog last night for the first time and thought you might like to see my 1942 Bordeaux....

*1982 Twin shaped for me and a surprise gift from MR during the Huntington contest that year.

The sweet spot for me and twin fins was 81-83'. I was riding twins from Shawn Stussy at the time MR made this board for me. There is a whole story here but I will save it for another time. Fast forward, I'm currently riding a super twin from MR...speed is still good!

I was also competing on and riding Bultaco Sherpa T's at that time...There are a few things in my life I wish I had not given up...My De Rosa and my Eddie Merckx push bikes and the 76' Sherpa T...I just loved everything about that bike...it was truly a beautiful motorcycle. 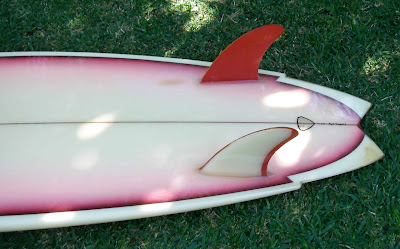 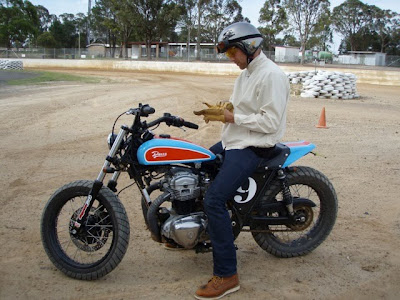