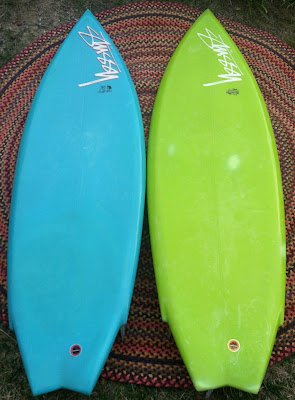 It has long been an aim of mine (actually more like an obsession since about 1982) to secure and preserve an early 80’s Shawn Stussy shaped twin fin as part of my Californian innovation period shapers collection.
Shawn didn’t have a particularly high out put in his prime and his boards were pretty sort after around Newport in the 80’s so there are not a great many of them left floating around.
I have been teased and I have come frustratingly close to getting my hands on one a number of times recently.
First we had the punishment of not one but two of the best examples of the genre come up at the same time! To make matters worse (or better, depending) the seller wanted the pair to stay together as a set. There was no way this quality find was going to slip under the radar so naturally there was some frantic bidding they sold together for some big money. Co-incidentally I got to meet the seller a little while latter and he told me that although they look like twins they were in fact made separately for different people and he found them separately, a number of years apart. Like lightning striking twice. 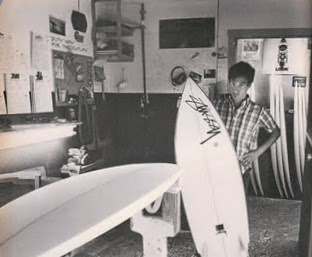 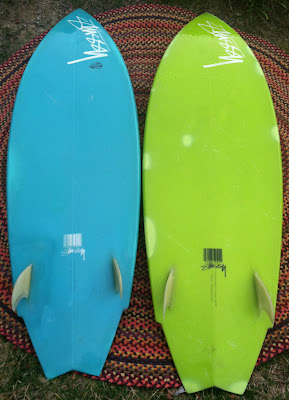 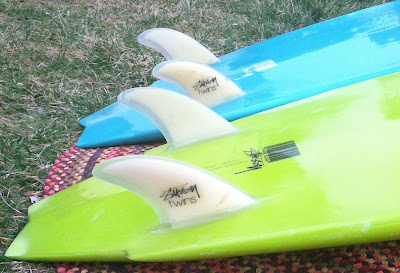 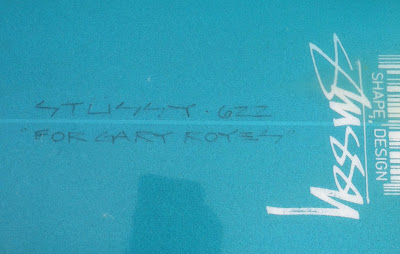 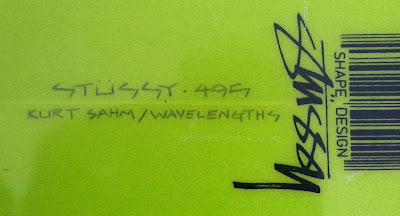 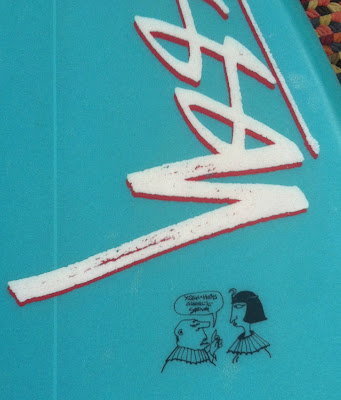 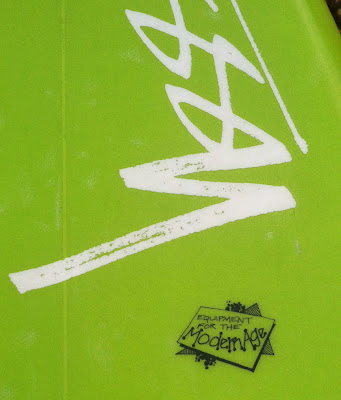 The next time I was tipped off by a friend who pointed me to this nicely sunburnt 1982 Stussy twin fin outside of New York and very much in my price range. The seller was willing to let it go for double digits dollars but it was on condition of pick up only. I called in as many favors as I could from friends living or working in Manhattan to try to get them to take a trip and go and get it for me, coming as close as even having someone even go to the guys house and just miss him after he had gone out.
Argh. So close. 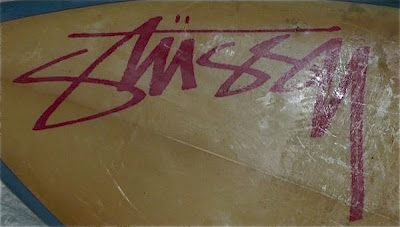 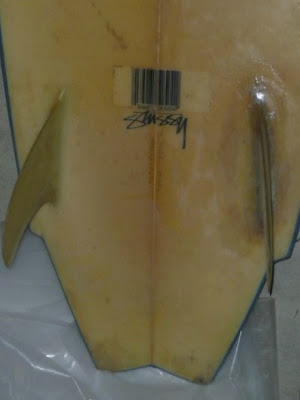 But the last and in retrospect, the saddest is this beautiful late 70’s Russell twin fin shaped by Shawn. The only one I got to hold in my hands, I think its actually the rarest and most unusual Stussy twin fin I have seen, I let this one slip through my fingers for lack of available funds. 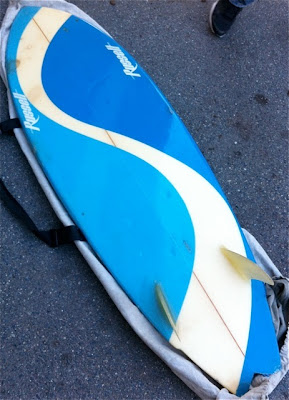 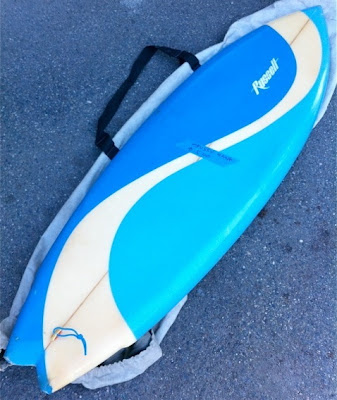 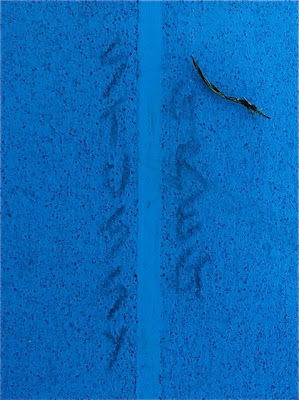