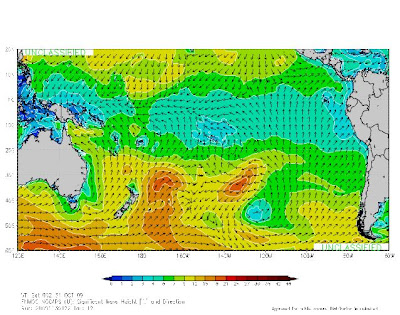 This blog is about innovation in surfing and one of the most influential innovations in surfing has been the use of satellite images and swell maps.
When leaving Auckland the other day I was given a realtime look at how a low in the Tasman generates swell for the west coast of NZ and the east coast of OZ at almost the same time.
The swell map was proved absolutely accurate by the photos.
3ft of swell on Sydney's south facing beaches.
8ft of swell hitting Manukau Heads on the outside of Auckland harbor.

I was amazed at this set up on the south side of the heads.
A huge, long, left hand set up that was breaking for miles, that I have named New Zealuwatu, in honor of Bali's long left to the north.
I have googled Manukau and cant find any images of people surfing there.
Either its highly protected (likely) or I've discovered a new classic left-hander (unlikely). 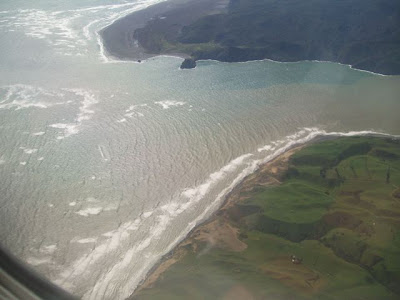 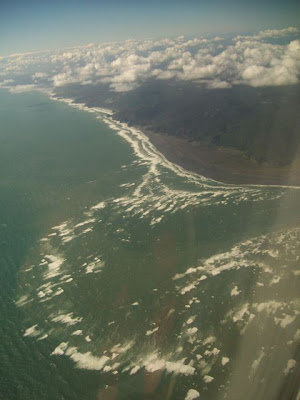 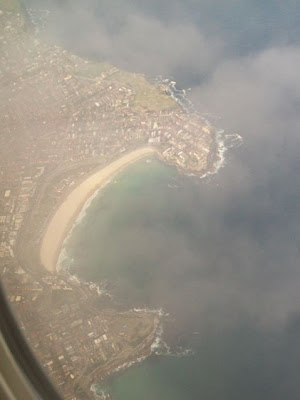 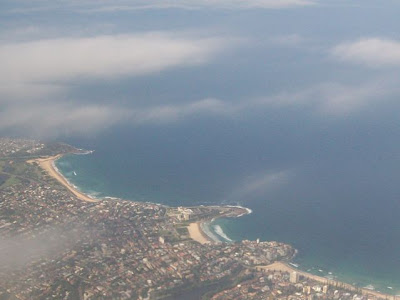