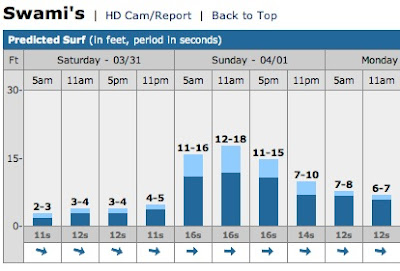 In the days before Internet surf forecasting the only tools at your disposal were trial and error and the weather map in the news paper or on the TV news. The only way to know if a spot worked on a certain swell direction, certain wind direction and certain swell size was to look out for the low pressure system to be in the right place on the map and make the drive. More times than not you got skunked but when you scored the discovery was your own and you could make the call the next time the same set of conditions rolled around. We have all done the 4 hour pre-dawn drive down the coast on a maxing swell only to drive home, dry and end up surfing great waves at your home break. But often this is when the greatest discoveries are made.
A few years ago I left Bondi at dawn, on a huge east swell, aiming to meet Aaron in Cronulla and drive down to surf Ulladullah Bombie, thinking that would be the only spot handling the size. Driving through San Souci at sunrise I saw a clean head high left hander peeling down a long sand bank well inside Botany Bay at Dolls point, technically a river front or bay side suburb.
Was the Bombie 10ft and rideable, no. Did I do an 8 hour road trip for nothing, well, no.
For now I know where the tastiest, cleanest waves are in Sydney on a huge cyclone swell.
But in the last few years we have come to rely on online reports and forecasts. Lying in bed we look at the cams at first light instead of getting up in the dark, pulling on a cold wet wetsuit and driving down for the dawn patrol. 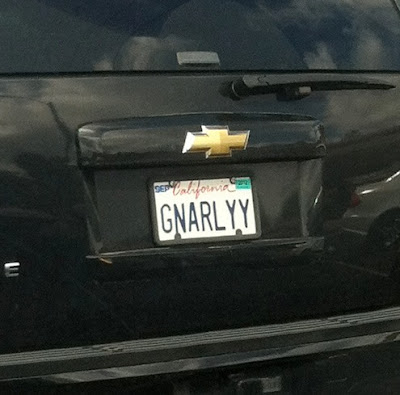 The report this week said 11-16ft by 5am peaking at 12-18ft by 11am. I changed my legrope, adding an extra string to the plug, packed the car and went to bed. Upon leaving in the morning I saw an ominous sight in the traffic ahead of me. A black SUV with licence plates, GNARLYY. He must have read the same report as me I thought. 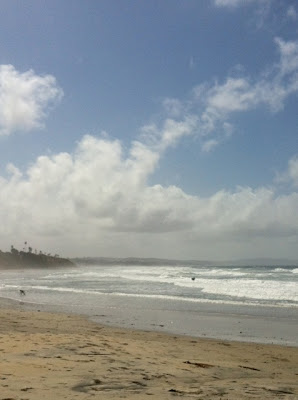 Arriving at the beach, I found pleasant if somewhat windy, 3 to 4ft waves.
I laughed at myself, 'you deserved it you lazy bum' I thought. 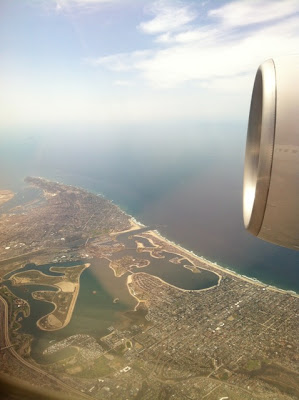 The next day I had to go overseas. My flight left San Diego via San Francisco.
You can see PB is a playful 2-3ft. 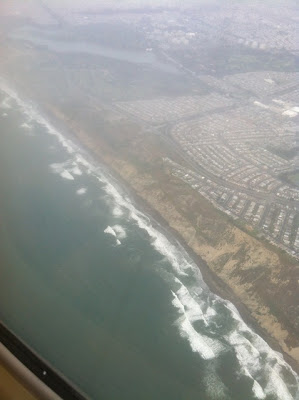 But an hour and a half later I was landing in SFC.
That place was huge! 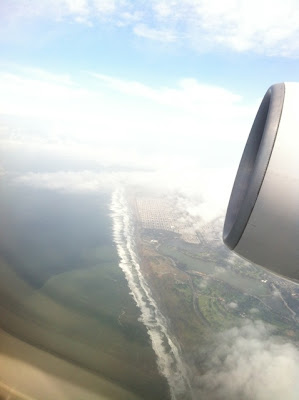 A week later I returned the same route. San Diego was the same but SFC was even bigger!
Now that place is GNARLYY!