After enjoying spending many hours fixing her up and getting her watertight I finally got to take her out for a test ride. There were some nice overhead lefts and the board went far better than expected. Lots of volume made it a joy to paddle and catch waves and despite the thickness the vee in the tail let it fly rail to rail. Putting my 100kgs into a top turn I felt that familiar feeling as it let go and spun around and I knew that second I just lost a one of a kind 36 year old fin! 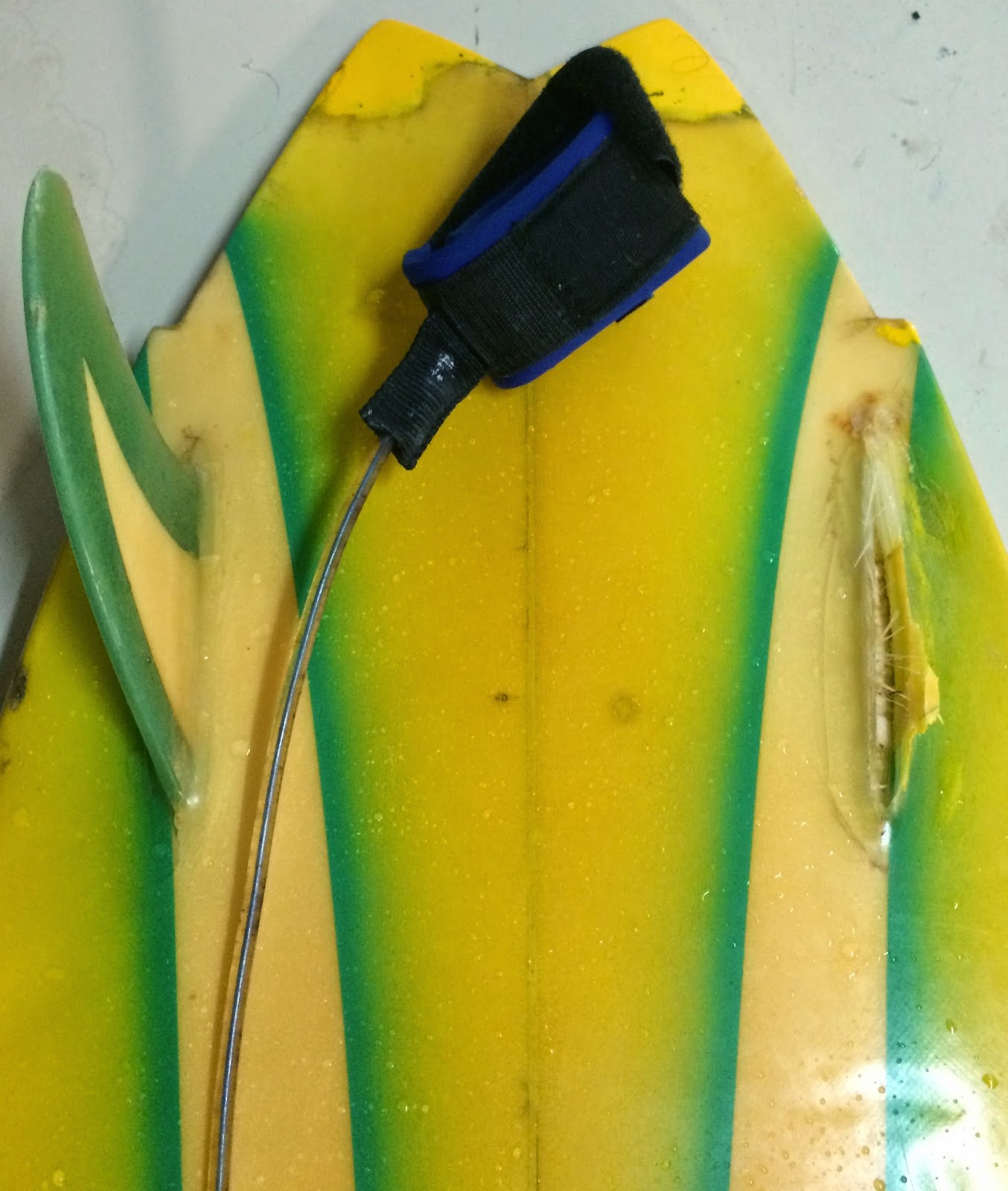 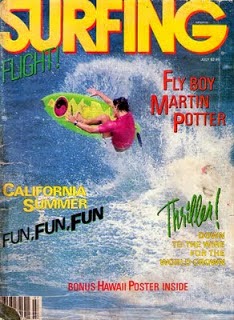 Digging around I found a fantastic article on Spider on World Champions of Surfing.
"Spider’s home planet of South Africa, a rugged pinnacle of surfing coastline teeming with as much surfing talent as it is with great white sharks, would spin him another dose of surfing mojo in a 15 year old regular footer with a need for speed and lust for the air. Murphy sculpted yet another iconic set of boards that would define the first step in the coming aerial revolution. Martin Potter’s green “The Saint” quiver remains emblazoned in every 40-something surfer’s mind, as they watched this teen school everyone from Tomson to Kealoha to Richards to Carroll in the magazine pages and the new VHS video format. It was 1981, a fitting number to begin a new era of surfing, and Potter and his speed lines at the Guston 500 on that 5’5″ Spider Murphy twin-fin shut the door on the past like punk rock did on disco. At 14, he had already beat Shaun Tomson in East London in his first pro event and finished just behind two of the most exiting athletes in surfing: Dane Kealoha in the Gunston and Cheyne Horan in the Mainstay Magnum. Potter’s lightning fast approach earned him a world title in 1989 and laid the groundwork for surfing’s modern performance standard based on a combination of power turns and functional aerials. Presumably, Potter would have dominated the 80’s if not for a supernatural Tommy Curren."

Then I found this little beaut in the UK. 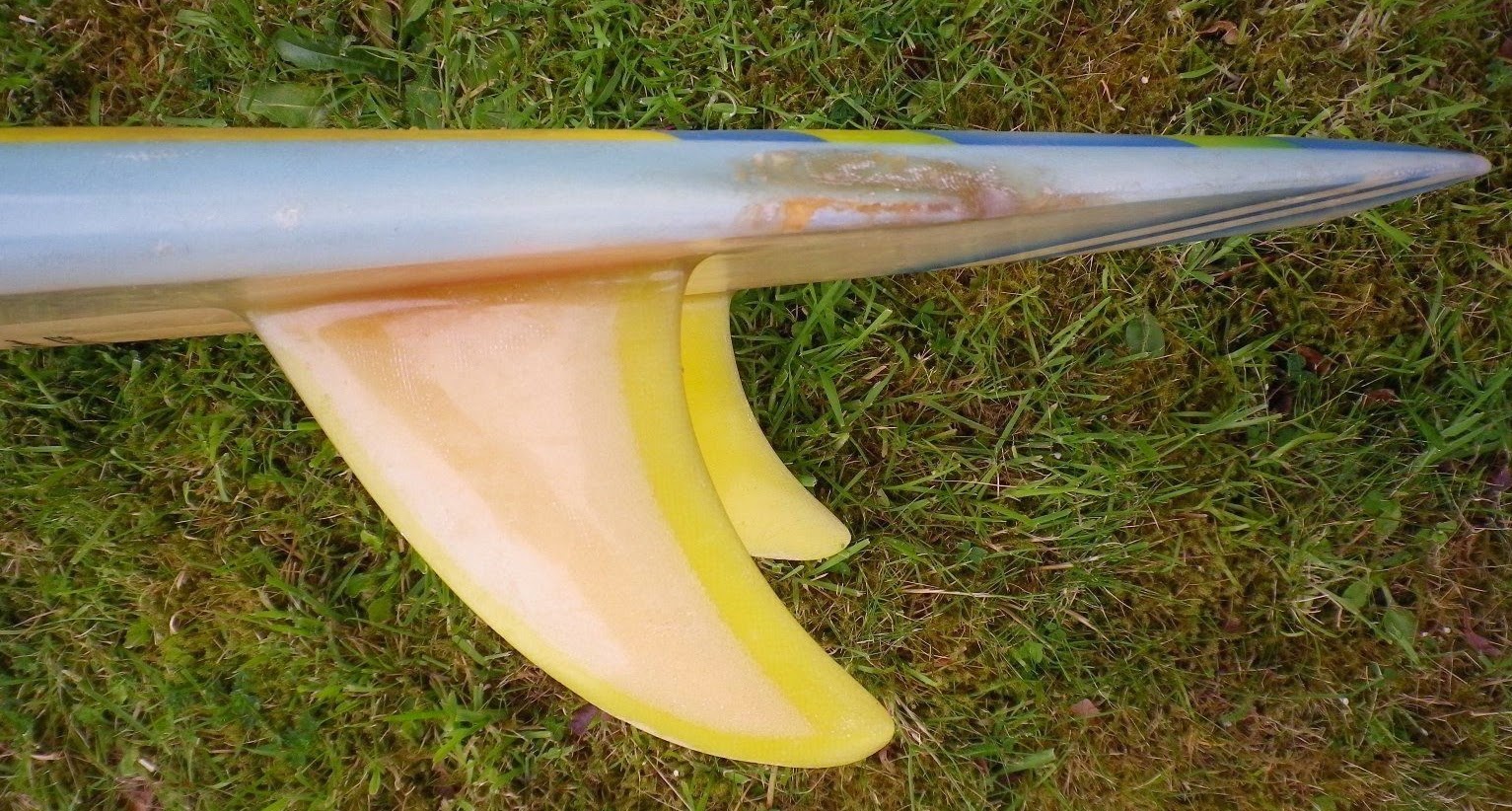 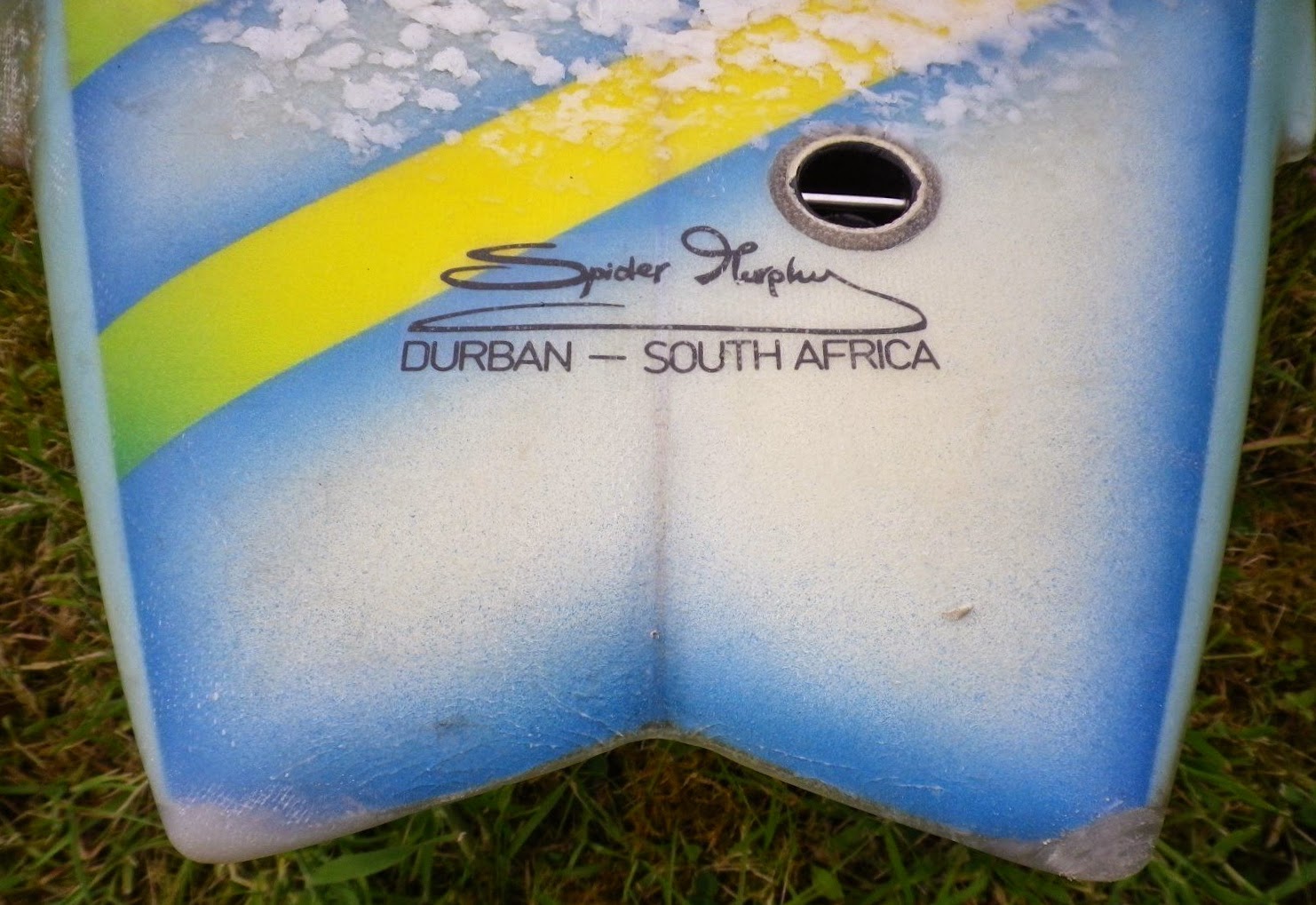