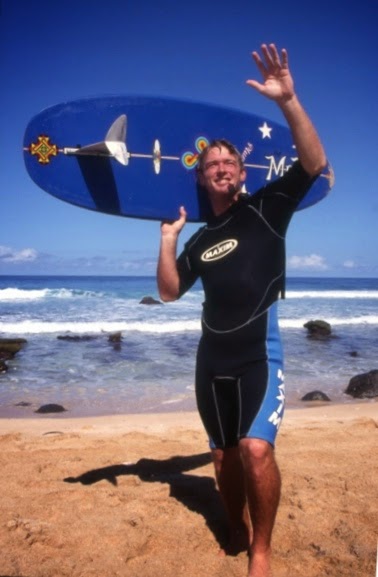 The three most influential and important designs of the innovation period are generally considered to be Mark Richards twin fin design, Geoff McCoy's no nose Lazor Zap and Simon Anderson's thruster. It could be argued that because Mark Richard's credits his inspiration to Reno Abalirio and Simon credits Geoff McCoy as one of the 5 fathers of the thruster then it stands to reason that Geoff's innovation is the most influential of the three. Although widely under appreciated at the time many of Geoff's theories on surfboard design have since been proven valid in recent years, such as the 5'8" Cheyne Horan rode at Wiamea Bay in 1982 whose plan, rocker and foil has been adopted by big wave tow in surfers today.

It is unusual for one of the rare original examples from this formative period to come up for sale, because Mark , Cheyne and Simon were competing on them and rode most of them to death.
But we have been privileged to share with you, for the first time in more than 25 years, one of Geoff's original designs from Cheyne Horan's personal collection.
His 1994 Red and Blue, Southern Cross, Rainbow serpent,  5’6” single fin.

One of the most important, influential and collectible boards of the modern era and a board that I would kill to own (so don't come too near me cause I'm serious!) 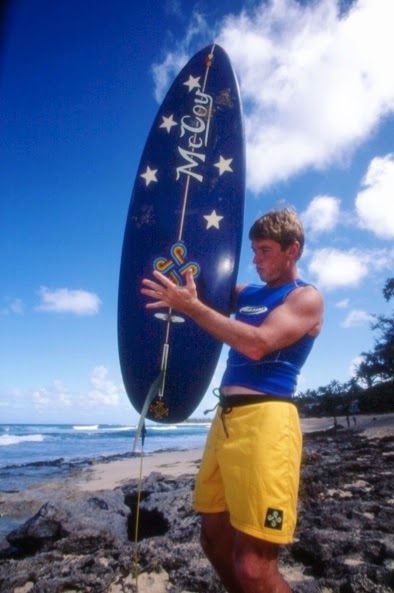 Cheyne Horan rode this board for over 5 years, all over the world and with the Ben Lexcen Star-Fin, the Albatross wing fin the seagull wing fin and the round fin.
Cheyne says "The reason I used all different fins on this board is because of how good the board went in all conditions. From 1 ft Bondi to 20 ft Sunset. The board rides extremely smooth and fast." "The best waves I ever had on it were at back door pipeline in Hawaii" Cheyne says. 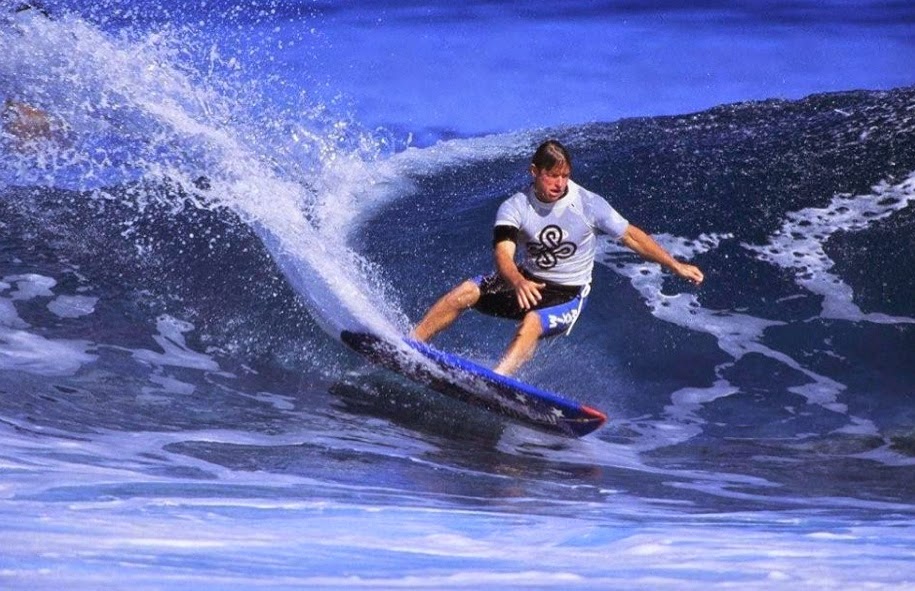 “This board was from a time when I was pushing the limits of small boards in big waves, the time when the the first tow surfing era was about to begin.”
"Tom Curren was doing the same thing (on his famous 5'10" fishes) we were the only two surfers on the planet pushing the limits of small boards in big waves. Then Matt Kechelle from Florida (who used to make Kelly Slaters boards) sent me straps that I could stick on with Velcro. This allowed for some magic moments, putting the board on extreme edges, holding the rail over further then it had ever been before at super high speeds. Doing flips of which I had seen Rush Randle doing first at Rocky Point. Now we were surfing upside down attached to the board. I was doing massive stale fish airs grabbing the tail at the end and pointing the nose down into the bowl." 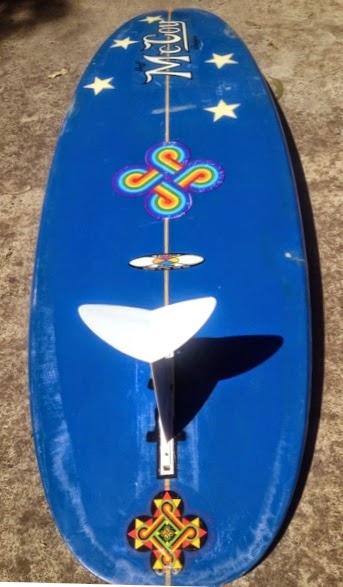 "This board has its own history that I could write a book about." Cheyne says.

Surfing without a leash has left the board with many dings collected from OTW, Back Door, Rocky Point, Lennox Head, Burleigh Heads and Uluwatu.
"It gives the board lots of original character." Cheyne says.

The time has come for Cheyne to sell the board, for the first time. He is open to offers and can be contacted directly at 2surf@cheynehoran.com.au