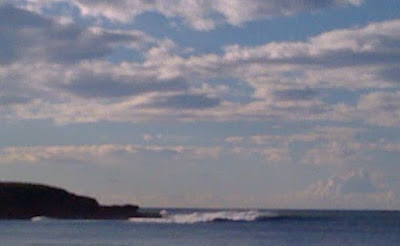 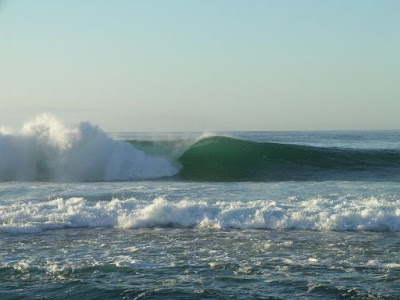 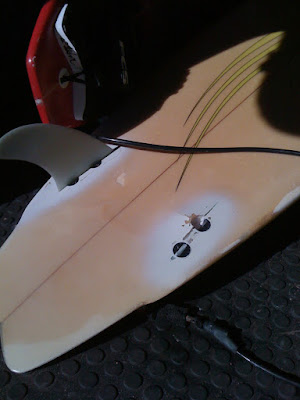 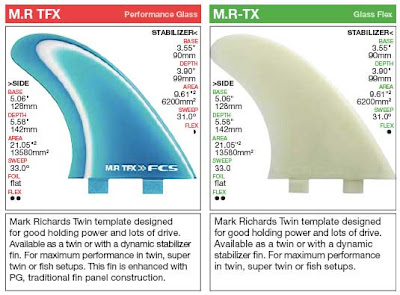 I'm a fan of innovation. I'm a fan of invention. I'm a fan of the FCS concept. I like the idea of being able to change fins and travel with my boards packed tightly and efficiently. But since FCS introduced the MR twin fin series I have broken or lost 4 fins from 4 sets. The first 2 were the black carbon fibre fins that they no longer run for obvious reasons. These stiff and brittle fins just snapped straight off at the base in average size surf conditions. The next fin I lost was one of the expensive fibre glass laminate performance glass fins that snapped straight out of their plastic fin box converter that I had set up in an old Bruce Jones twinny. Today I lost one of the glass flex fins. Today's was the most upsetting and at the same time the most forgivable.
The story goes as follows, after watching a low pressure system intensify last night over the North Island of New Zealand (on TV not in person) I packed the car for a super early. I drove an hour south in the pitch darkness and was pretty stoked to be the first one out at a place I call 'Da Nang'.
I got 4 long 5ft lefts before I felt that familiar sensation of one of those piece of shit FCS twin fin fins shaping off at the base while during a bottom turn. This time it cracked the casing and tore out some foam and glass which meant at least it tried to hang on for a while. So I ask-
Dear Mr Fin. C. System,
I am a loyal repeat customer. But I need to know, why can't you make a set of twin fins to support 100kgs thru a basic bottom turn?
Have you never been surfing your self on a twin fin? Do you, like so many city bound plastic pop out surfers only surf 6'1" Chinese made thrusters in mushy surf under 3ft?
How is it that a technology used to stick a skeg to a surfboard in the 60's is more effective and longer lasting than that which you now employ.
On your web site you state that these Glass Flex fins were 'developed with chemical engineers'. Can I assume that these chemical engineers more often work with pheudo ephedrine and other precursor chemicals used in the production of 'Ice'?
You state you tested a number of materials with C. Brewer Co. I refute this and say you were obviously working at A. Brewery Co' when these twin fins were developed.
In future, when working on new products, please consider us, the massive army of wide fin based, 2 finned, 1 tonne surfboard riders who just want to go surfing on a nice 30 year old board.