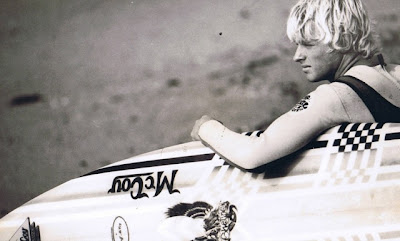 Ardo came across these great photos of Cheyne and his McCoy at Bell's in a friend's deck draw.
They were originally taken for Tracks or SW in '81 and show that the Lazor Zap design really could perform in the juice.
Thombstone wrote to add, that its often over looked but Cheyne came second to Simon at Bells in the big swell year of 81but the finals were held in small waves. Most thought Cheyne would beat Simon in the small waves but it was not to be.
There is a book out this year about 50 yrs of Bells and with the regards to the big day in 81, Doug Warbick of Rip Curl is quoted as saying "Cheyne was the only one who got tubed that day in his heat, he actually got 2 and the judges said he was the one going hardest in the big stuff". 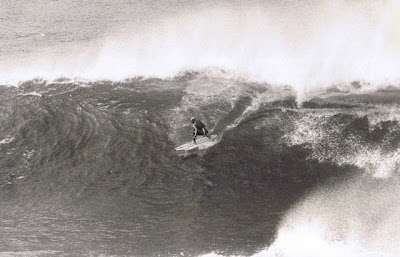