Gary, the man behind the 'Surf City' exhibition at the Museam of Sydney put me in touch with John, a life long North Narabeen local who own's what he belives is the first ever, over the counter, custom ordered, Energy Thruster. It certainly is a fantisic example of an early Simon Anderson 3 fin design. What makes it unique and dates it from 1981 is the hand cut '3 fin Thruster' stencil. This is the third board that I have now seen with the pre-screen printed decal.
The first 2 belonged to Energy team riders, The White Whale! Part 1,  and one of them was Simon's personal board that he brought to San Diego's Sacred Craft surfboard show for the celebration of '30 years of the Thruster'.

Unless Steve Zoeller has any records that date from that period that were saved from the fire that burnt down the original Energy surfboards factory (and the first Thruster surfboard) there may be no way of confirming the story.

John wrote, "It just so happens that I own the first custom “Three Fin Thruster” surfboard made by Simon Anderson, for someone other than himself, which was still very much in its conceptual development phase.
This particular board, when ordered by myself from Energy Surfboards (, Narrabeen), was the mechanism that invoked the naming of this model type.
Hence, the regular “Three Fin Thruster” logo-stencil characteristic of his earlier boards, was in fact hand painted on this board, having not been decided upon beforehand, (the whites in the eyes of the characters ‘R’ are the original drops of pigmented resin – hence, no aging).
One close friend deserves a mention as he tried Simon's developmental board at North Narrabeen and was the one who encouraged me to go with the Thruster, a then unknown vehicle. My friend, a very very talented surfer, was then sponsored by KC surfboards and the twin fin was the mainstay of surfing for smaller blokes such as us. But, as soon as I stepped on the Thruster, I knew there was no turning back.


One other little fact that might be of interest to you is this. As we know, Simon Anderson is a very humble gentleman and too polite to seek fame, and consequently unlikely to mention that when he was developing the Thruster, he was also experimenting with a QUAD set up too, which from recollection (some 32 years ago - perhaps a tad fuzzy) is near identical to


that seen now. For us onlookers at North Narrabeen, it all seemed too radical and it certainly attracted our attention. But, when I saw the first quads appear, I immediately recalled a vision of Simon one summer afternoon standing on the shoreline with a board that had enough fins for 4 surfboards, which of course invoked thought and discussion as to how it might behave and which resonate again." 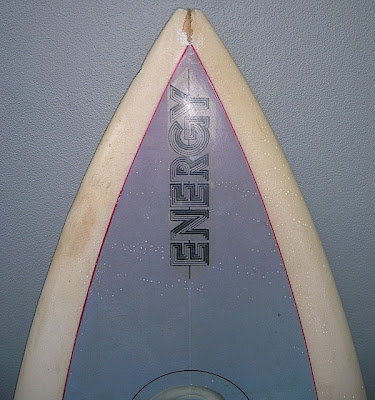 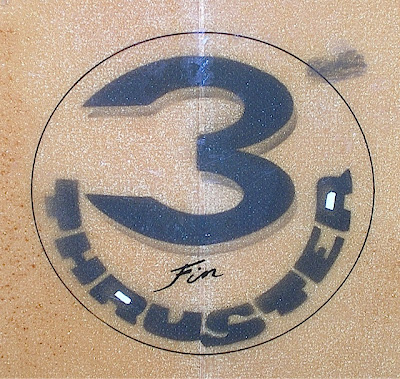 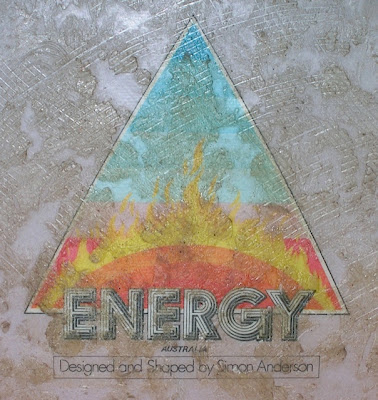 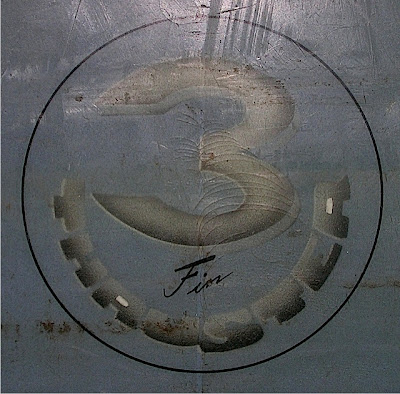 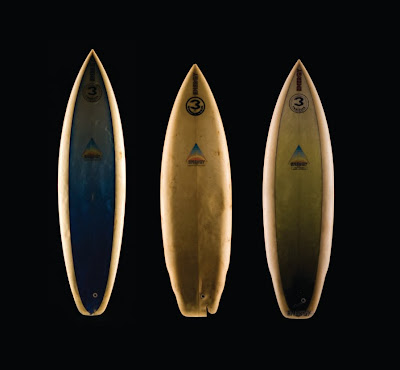