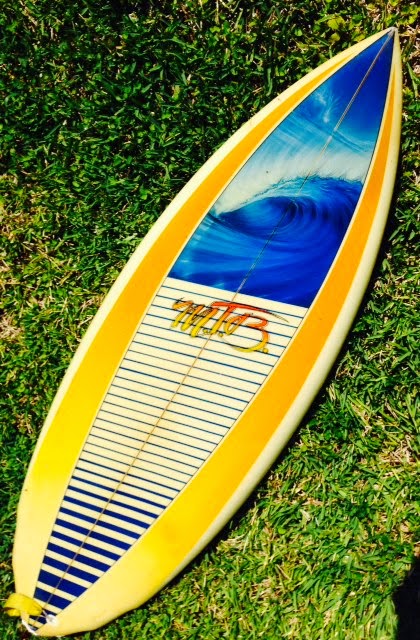 I don’t know much about MTB other than that I seem to have collected a bunch of nice images lately that have been sent to me or come my way that I felt were worthy of sharing. 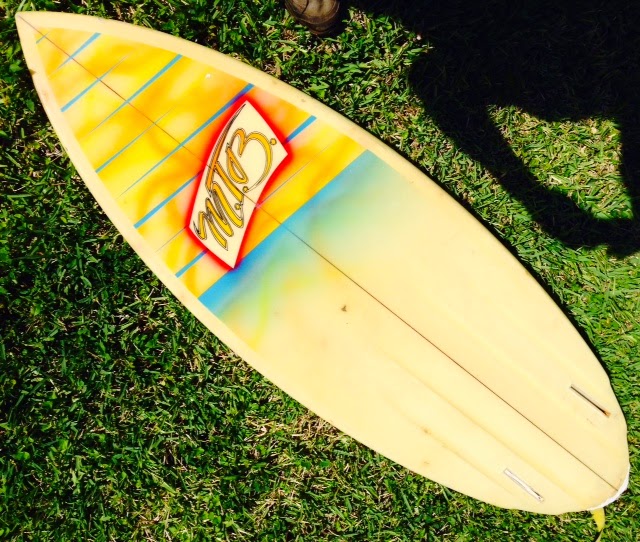 It appears they were skilled and innovative crafts men, at the top of their game in the late 80’s putting out some pretty cutting edge designs.

Here is what I do know. MTB was Don Mulhern, Donald Takiyama and Garry Brumett. They were like the surfing equivalent of a supergroup like Wings, the Travelling Wilberries or Crozby Stills, Nash and Young, Cream or the Wiggles. The collaboration didn’t last long, but while it did, MTB was one of the hottest labels of its time. 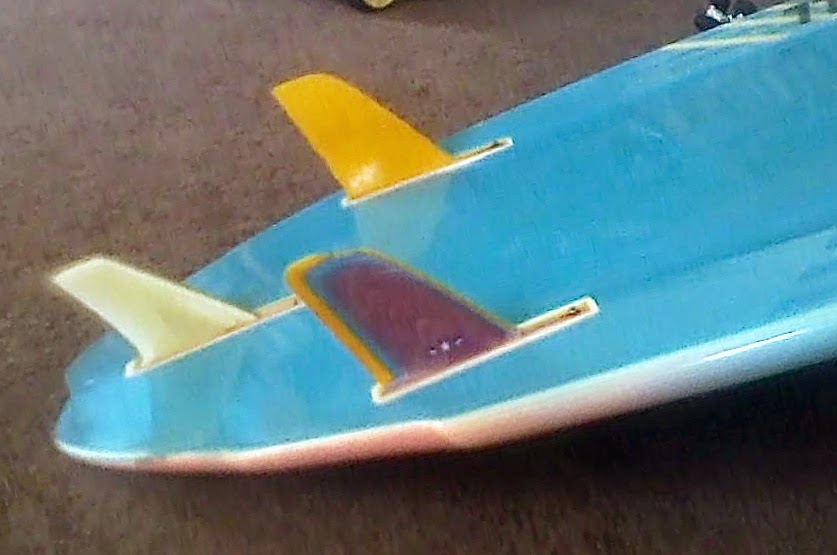 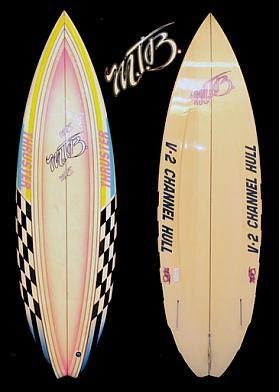 They seemed to be pretty committed to the concept of the single wide channel. 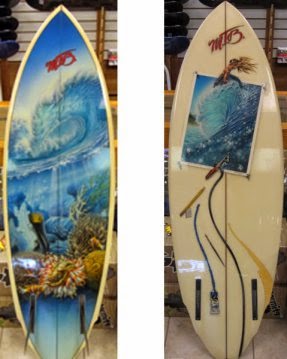 Famous for their sprays. Here is a nice twin fin with some original Phil Robert's art work. 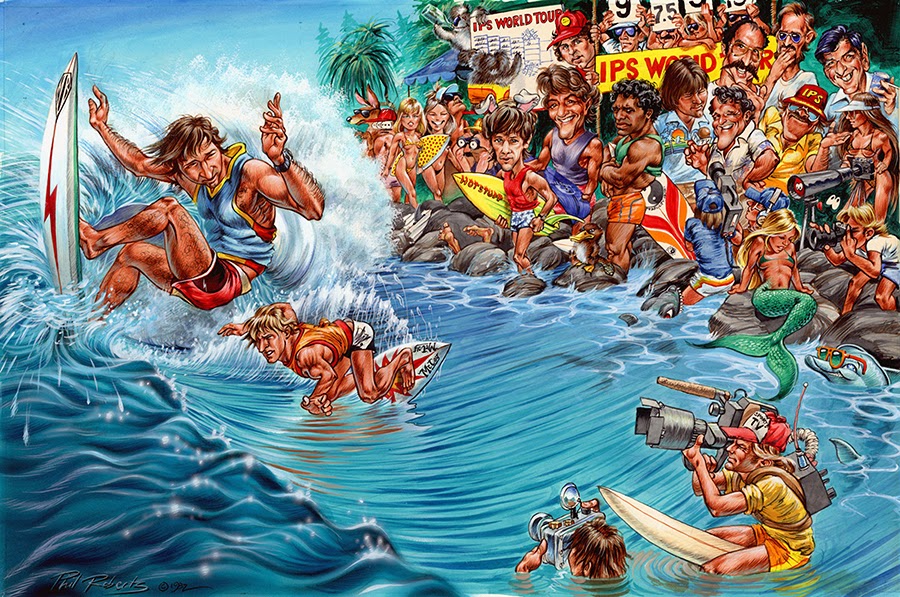 I hope everything is Ok at Nick's house. He seems to be moving a few pieces of gold on Ebay at the moment.