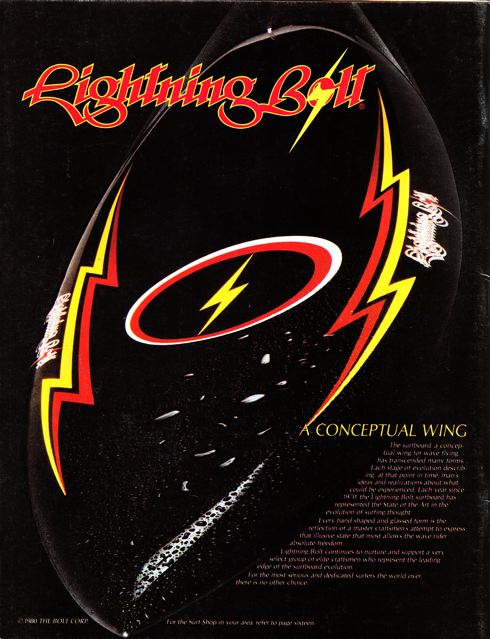 I have an obsession with Lightning Bolt surfboards from the 70's and eighties. The rarer the better. This ones got to be one of the rarest. An all black Tom Eberly (Hawaii) shaped single fly swallow tail twin fin. I spoke to Mark Richards (who shaped for Lightning Bolt for a while and who was a long time Team Bolt rider) about this board an he assured me it was made for advertising purposes only. One like the ad above to be precise from the back cover of Surfer from December 1980. The pics were sent to me a while ago by a fella in California (whose email I have since lost) who was interested in selling it.