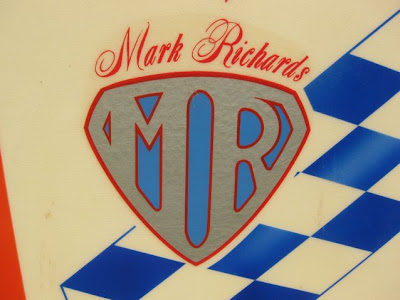 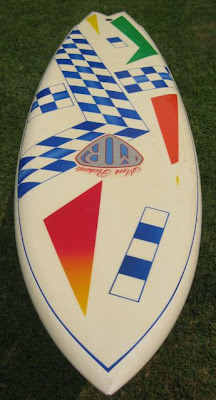 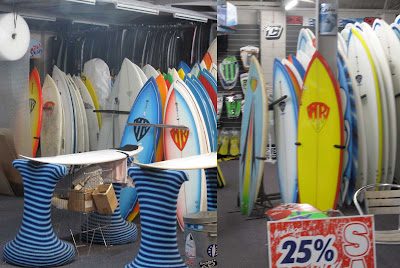 James Arroyo sent me these pics of his lovely 6'3" U.S made Mark Richard's twin fin.
The entire board is pigmented white with the geo spray on the deck.
I believe MR licensed his design to Gordon and Smith in the states but I don't know who did the shaping. And didn't they do a damm good job on this one!.
This looks like it was made with the cursed Star Fin system that has become so hard to find these days.
In Australia the twin fin design was licensed by Mad Dog in Byron and was shaped by Mark Platter, Bob Margettes and Tony Cerff.
I visited the show room late one night recently and left drool all over the glass as I was left pinning for one of the new twin fins on the racks. 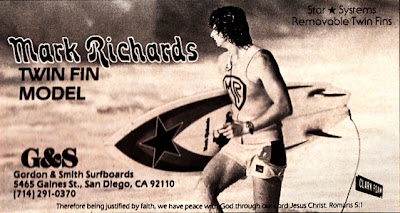