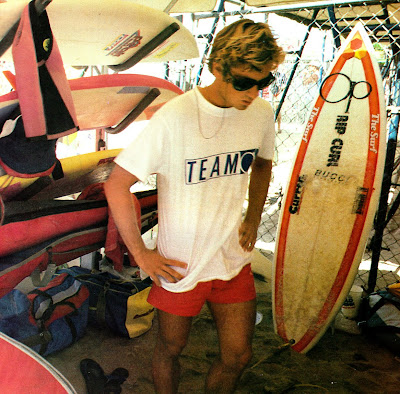 Tom Curren feeling the pressure before the final of the OP Pro at Huntington Pier in 1985. Tom lost to Mark Occhilupo thus sending Mark into a 10 year party frenzy. That all ended happily, as we know, but what I would like to know is who do those boards belong to, who shaped them, and where are they now?

We can see Occy's Rusty Preisendorfer and Tom's Al Merrick.
but who was riding the red jet fins?