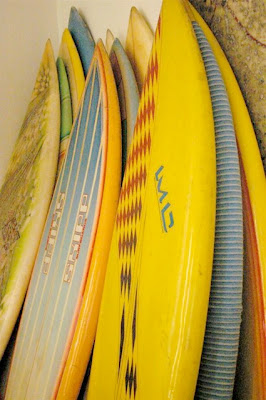 My mysterious friend known only as 'Greedy' wrote to me a while ago to share part of his, very focused, Australian innovation period collection all shaped in New South Wales. I really like it when a collection as a strong theme. I've met a guy who only does 'Narrabeen shapers' and another who only collects 'Hawaiian T&Cs'. I've been writing to a guy in Laguna who only collect 'Brewer guns' who is threatening to invite me over and let me into his board cave. Then there's Tim from Kona with his amazing 'Stinger' collection.
I'm pleased to note recent wax on most of them, meaning he's been giving them all a good ride. 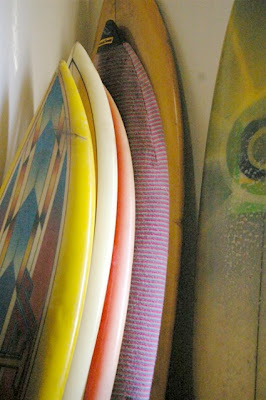 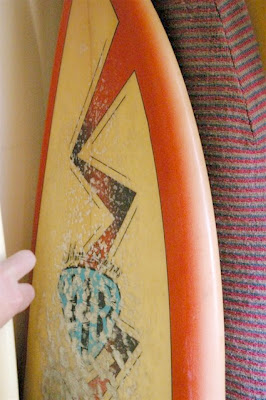 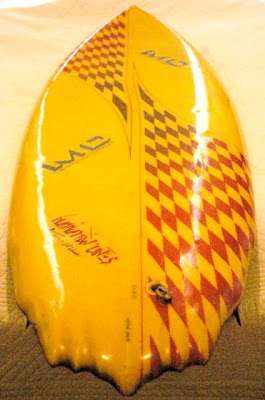 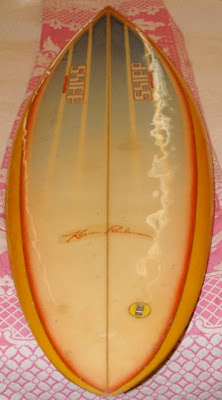 Skipp single fin, from Woolongong probably by Terry Richardson by the look of that decal. 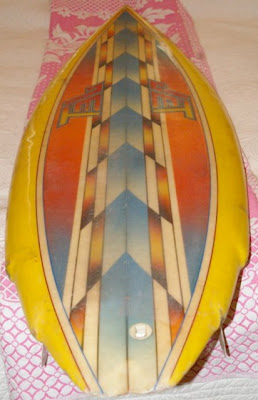 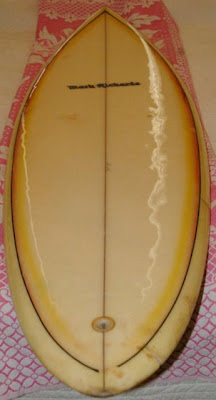 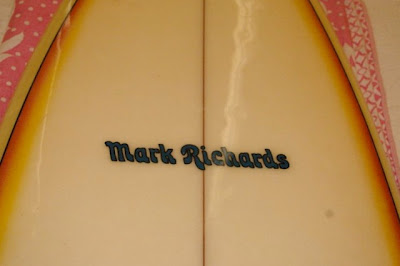 MR single fin. Interesting, approx 78 or 79 could be from Newcastle. Could be an MR??!! 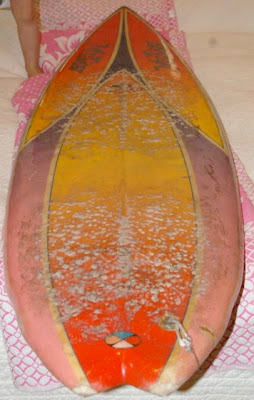 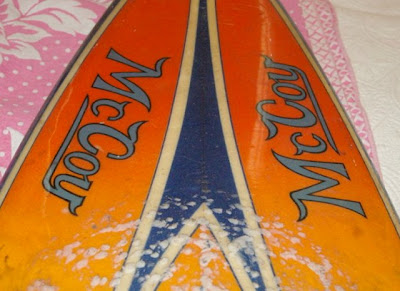 Looks like a McCoy tri Zap that would have been shaped by Geoff McCoy in Byron.

Lovely looking Cooper surfboard from Coffs Harbour by Bob Cooper who from California. 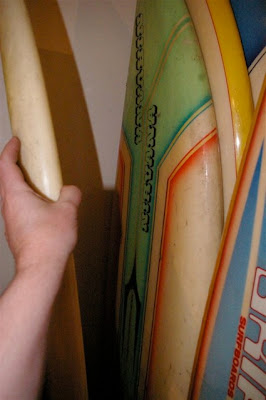 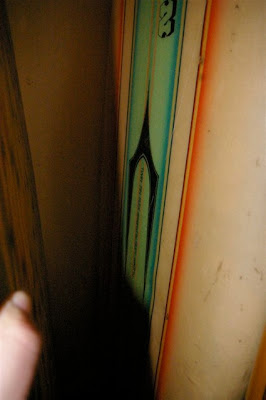 Nirvana flex fin twin fin by Glen Winton from Avoca on the Cenny Coast I believe. (could be wrong on that one) 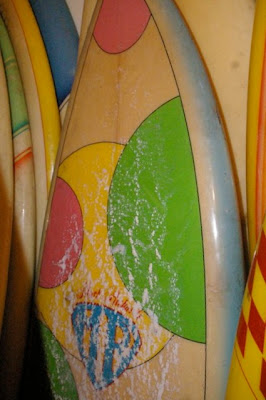 MR by BM in Byron 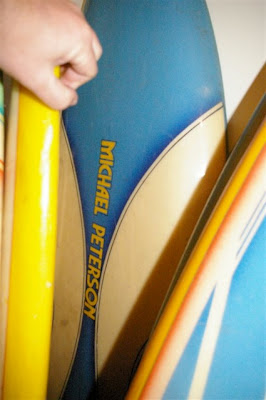 Pièce de ré·sis·tance rare Micheal Peterson shaped down the south coast of NSW near Pambula close the the Victorian boarder.