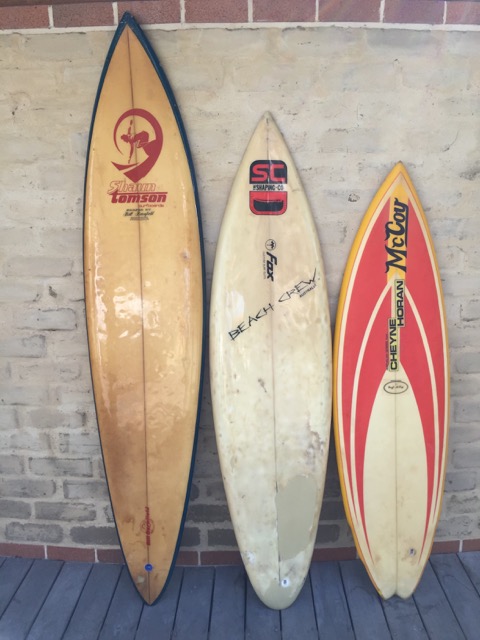 The show and shine section of the Deus / Boardcollector Surf Swap 8 at Bondi Pavillion on Sunday 27th is going to be really exciting!

Gavin has sent a selection of pics of what he's bringing along to share with us.
Ex pro’s boards - Shaun Tomson’s 77-78 Barnsfield shaped 7’8” semi-gun for sunset, MP for Reg Riley, McCoy shaped 5’10” for Cheyne 1980 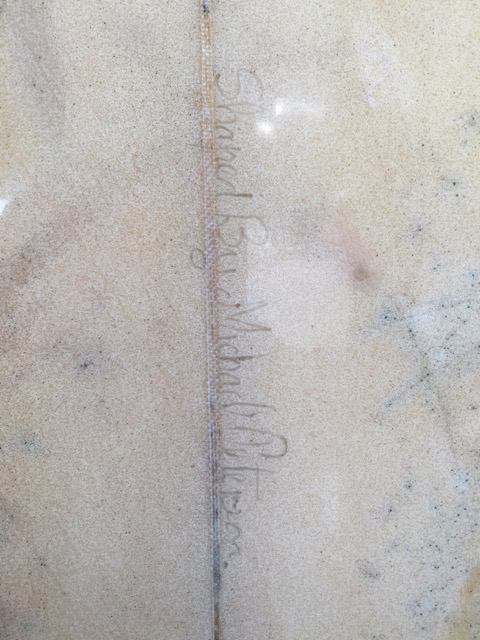 MP shaped early 80’s - possibly even circa 1982-83 even as apparently he did his last run of shapes with shaping company.
This board is believed to be Reg Riley’s board and is the only MP sighted so far with sponsors decals on it.
Previously very poorly restored - the obvious patches are remnants which couldn’t be cut out.
Recently stripped back to original and reglossed. Interesting to see the "no-nose” width in the nose at 11 1/2” wide! 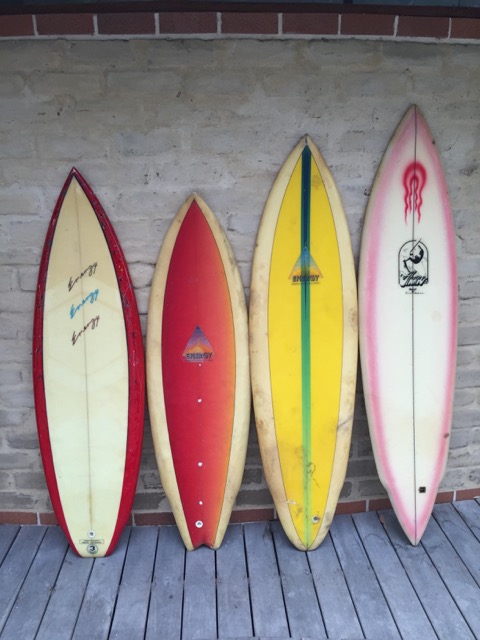 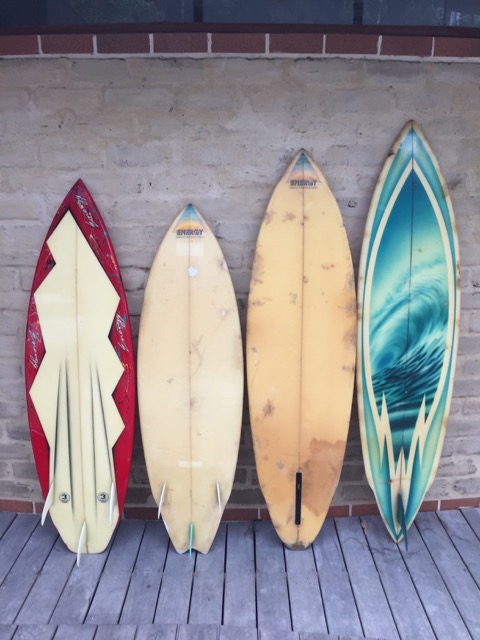 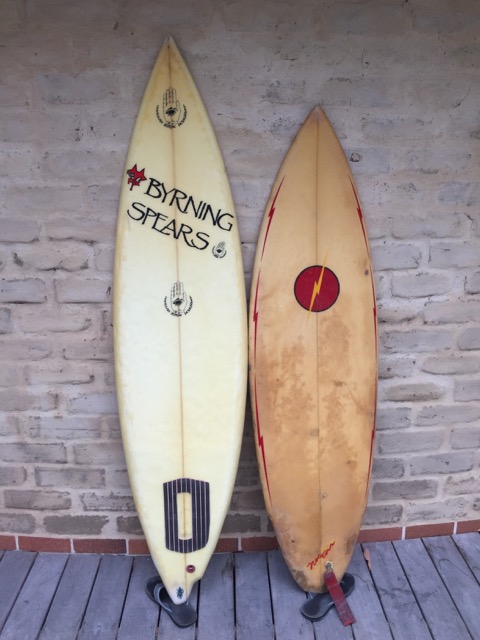 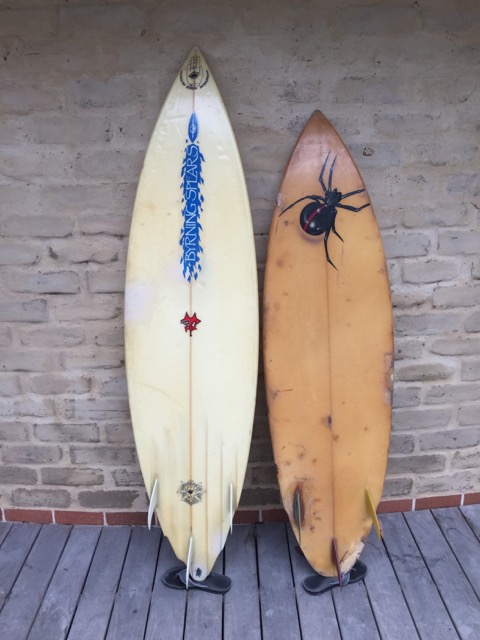