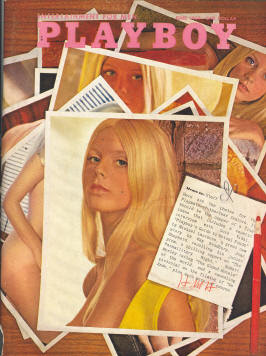 Another highlight of the appraisals at the Hawaiian Island Vintage Surf Auction was this 1969 unsigned, unbranded short board revolution / transition period, pink pigment coat single fin pin tail with original January 1968 Playboy centerfold of Connie Kreski with her blue eyes and taffy colored hair, laminated under the glass. 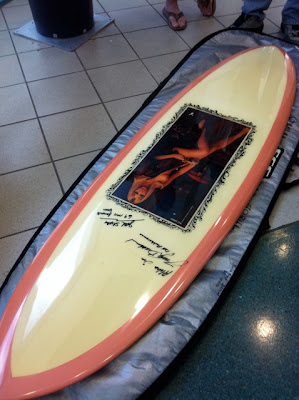 On a side note, on August 9, 1969 Connie was invited to a dinner party by Sharon Tate at the home on Cielo Drive in Los Angeles Tate shared with husband, director Roman Polanski, the night of the murders committed by followers of Charles Manson. Thankfully, for some reason, Kreski declined the invitation and failed to attend on the fatal night the Manson Family came to visit. 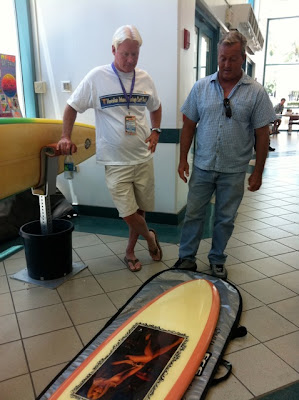 Randy and the owner discuss the restoration Randy did on the board a number of years ago. 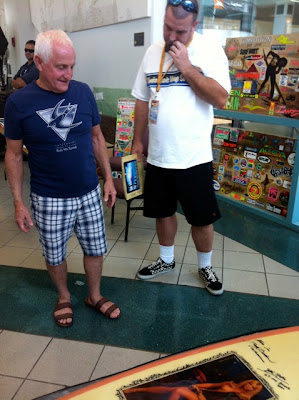 The board also caught the eye of short board pioneer Bob McTavish who came over to check out the shape (shapes?!) 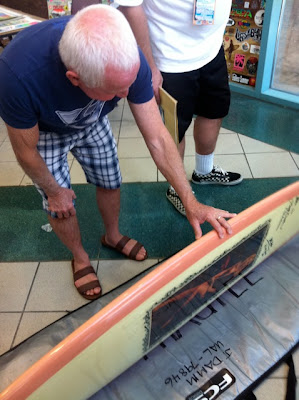 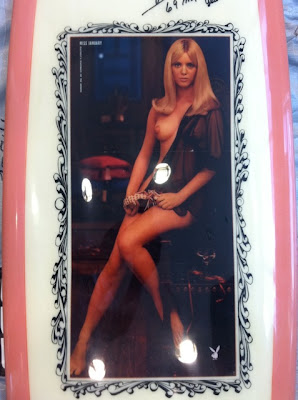 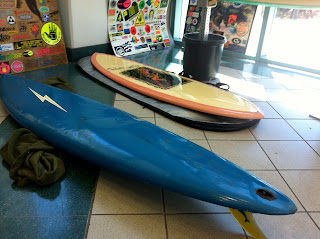 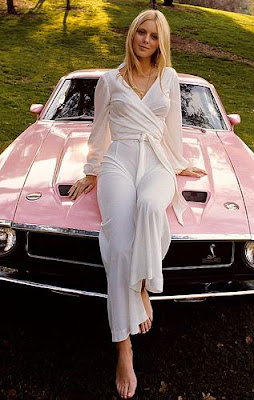