I wrote a slightly embarrassing post about striving to collect one board from every shaper from the 1985 top 20 surfers. I find it embarrassing because its kind of pointless and a little absurd.
Its not a particularly costly hobby, its a lot cheaper than golf, skiing, sailing or horse race gambling and it dosent really hurt anyone.
But somehow its gives me great satisfaction and pleasure.
It feels good to know so much about one particular subject.

My other obscure passion is food from the the north west province of China called Sichuan formally known in the west as Szechwan. I was introduced to this style of cooking when I was young, impressionable and excited on one of my first trips to Hong Kong and its unique spicy flavors have been an obsession ever since. When ever I travel to Asia I hunt out the best local Sichuan restaurant. If I'm doing business with locals I enlist their help. Last week in Hong Kong Edward took me out for one of the best Sichuan meals I've ever had. Till tonight.....

I'm in Tokyo and was faced with eating dinner alone. Rather than doing another pizza I thought I'd challenge myself to Japanese Sichuan. I found my way to the restaurant and blushed with embaresment when they wouldn't let me have a table for one, but instead put me at the bar, that thankfully overlooked the kitchen. 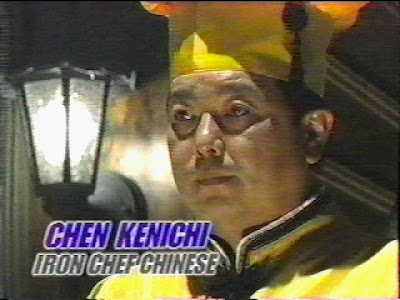 As it turns out the restaurant is owned by the great Iron Chef Chin Kenichi or Iron Chef Chinese. His speciality is Sichuan, but he rarely comes to Tokyo as he is based in Osaka. He was there with a number journalists and reporters. As I was sitting at the bar, and could see into the kitchen, the waitress came up to me and asked me 'did i know who that was?'.
I tell her "Yes, its Iron Chef Chin, the Sichuan chef. I am a fan of the TV show and I have just been to Hong Kong and had several Shichuan meals, in fact I cook a lot of Sichaun at home. Often I have to buy authentic spices and ingredients online and have them shipped internationally". 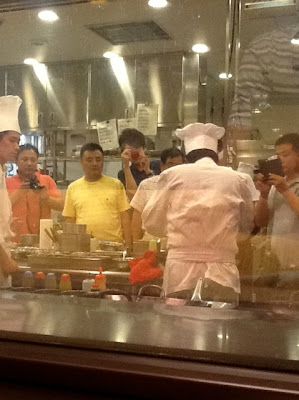 She disappeared into the kitchen and the next thing I know, Iron Chef Chin came over to see me, we talked about spices and my favorite dishes, he gave me his card and then went into the kitchen, and in front of the journalists, cooked me a batch of spicy Ma Po Dofu (Grandma's Tofu). 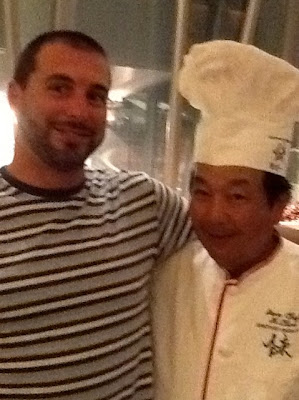 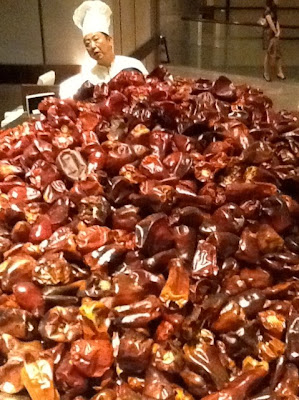 Which goes to prove, there is nothing wrong with being into something rare, obscure, or otherwise irrelevant to most people. Because when the time comes to talk twin fins with Mark Richards or Ma Po Dofu with Chin Kenichi, those who know, know. 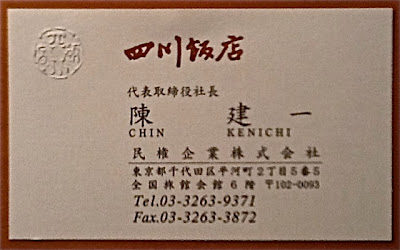