The most sort after collectible surf board of the modern era. 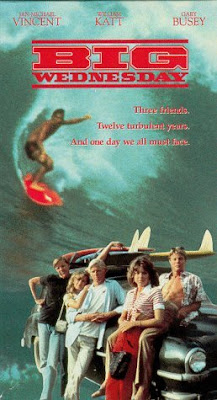 Randy wrote to me from Hawaii with a pic of probably the most sort after collectible surf board of the modern era. The board Gerry Lopez shaped for himself to ride in the movie he stared in as 'himself'!
The good news is the board is in safe hands -

Hey Damion,
I love the "Board Collector" site! Really fun to see every one's input. I actually switched over from Surf Line Hawaii, late in the game to Bolt. That happened when Ben Aipa came on board at Surf Line, and a mass exodus of shapers left Surf Line to switch over to Bolt in 1978. Guys like myself, Dennis Pang, Rick Irons and a number of others, who had hung in at Surf Line, made the transition later on.
I'll gather up some more info and pass it along.

Attached is a shot of one of two boards Gerry built for the movie: "Big Wednesday"

Keep up the good work!