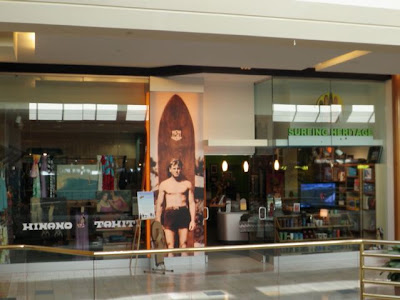 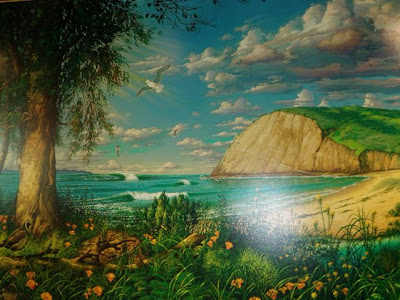 While in LA I was lucky enough to visit the new Surf Heritage store and mini museum in Costa Mesa where they had this beautiful Star Bolt on display.

The text mounted beside the board reads-
In the summer of 1947, Joe Quigg shaped two boards that were revolutionary in design. Both were finned pintails and featured carved-in rail rocker, low sharp rails, flowing rocker end to end and a 100% break away tail. Most likely influenced by the Hot Curl designs popular for big weave riding in Hawaii, these gun shapes would go on to be the basic template for big wave surfboards.

Gerry Lopez- "Mike Hynson came out with his lower rails that had hard edges from nose to tail. Before that the whole concept of edge didn't even exist. Longboards had none, and even the Brewer boards had only a tiny bit in the tail. By comparison, Hynson's looked pretty ugly, so naturally everyone was going "that thing is never going to work". But man, I'll tell you what, it worked so much damn better than anything before that it was astounding".

Rory Russell was Gerry Lopez's contemporary and equal at Pipe: both owned this North Shore for much of the 12970's. Russell was a front runner in the Pipeline Masters from 1973 to 1978, winning it twice along the way. This board was shaped by Russell and labeled the Star Bolt model. It has been fully restored and features full spray top and bottom with ink-line rail bolts.

On loan from the collection of Spencer Croul. 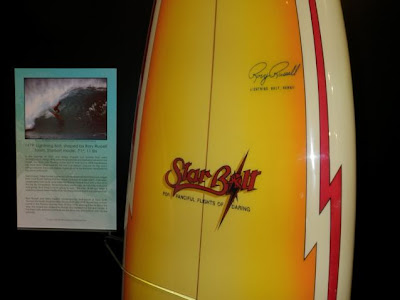 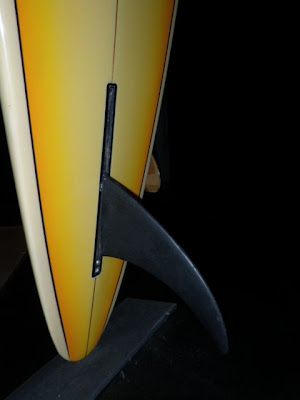