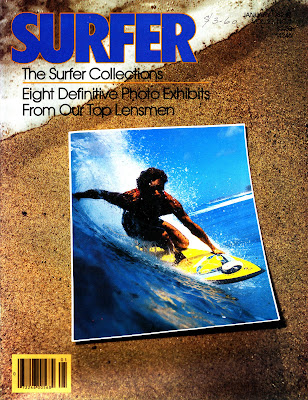 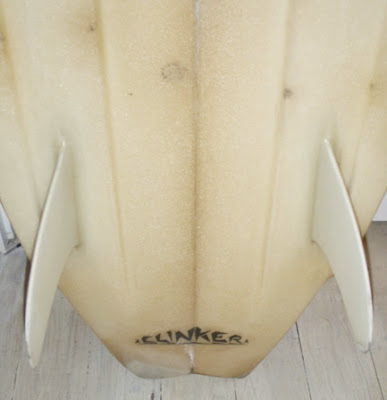 Rasta wrote-
I've had a few T/C's mainly twin fins. Some with Pearl city logo's and some with out. My understanding is that Laurie Byrne shaped some here as did a few of the guys out of Byron and both used T&C logos. I was also told that the Town and Country guys such Dane kealoha, Bertleman etc used to travel with rice paper logos and would drop in to Torquay when Bells was on and sell a few logo decals to the guys at Ripcurl board factory and Russell Graham moonlight laminating. These guys would make up some boards with the Pearl City logo's..me think Doug Rodgers or the like shaped them up...i suppose this helped pay the bills if you didnt do to well at the comps.
I had a sweet Dane Kealoha twinnie that was verfied to be a Torquay board and shaoed by Doug Rodgers...me thinks they did singles as well....hope this helps with your knowledge base.- Rasta.

I guess I better keep digging!

Another clue to the origin of the T&C single fin perhaps is in the fin itself. The blue translucent Multifin brand single fin box.
Acording to Surfreaserch Multi Fin is and American company..... 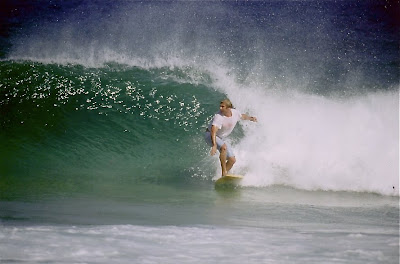 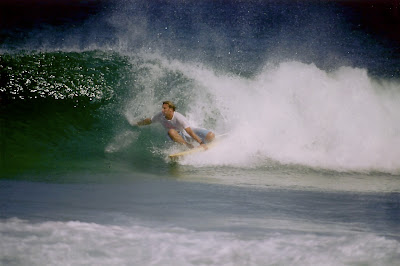