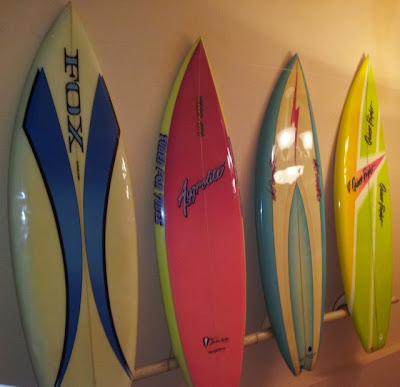 Nick wrote to say-
I live in Lantana, Florida and have enjoyed collecting and restoring Surfboards for years. Here's my current collection but its always expanding.

After I got out of the Navy in 2006, I decided to move to South Florida and become an Ocean Lifeguard at Lake Worth Beach, Florida. About 2 years ago I found this old beat up vintage board, threw some wax on it and had a blast.
Ever since then I've been riding, collecting and restoring Vintage Boards. All the boards on my wall are from the 80s Era held up by a bamboo rack that I made and the ones on my ceiling are from the 70s era. 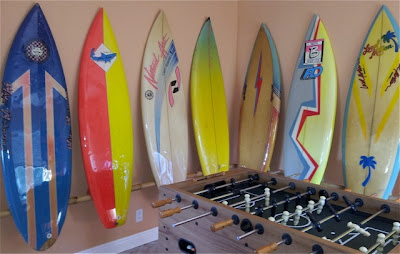 The giant knee board with the skull and cross bones is the original Lake Worth Lifeguard Paddle/Knee board from the 70s that my girlfriend found in the trash. I cleaned it up with sanding and polishing compounds. None of my boards have been re-tinted, there all original. I don't think it holds much of a dollar value but to me that board is priceless because of all the lives saved and history behind It. 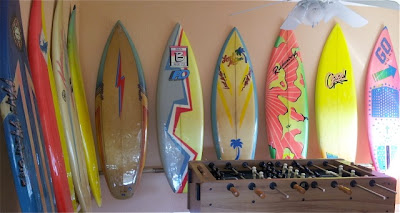 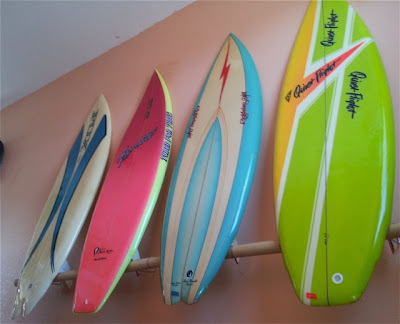 I found most of my boards online, by various adds I've posted around town and seeing people surf them and cutting them deals for them.
I recently met a Guy standing in line at Island Watersports Surfshop that overheard me talking about vintage boards and invited me to start working at his shop and he's been teaching me all about restoring surfboards. 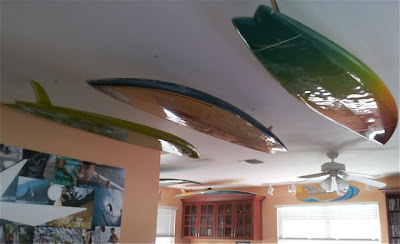 I'm not collecting boards to sell and make money, my boards aren't for sale. One day they will be passed down to my child.
My favorite is that 1980 Blue Fox Wave Weapon because of its local nastolgia and that it represents a time when they were beginning to make high performance boards known as Wave Weapons by Greg Loehr working under John Parton who is the creator of Fox Surfboards. 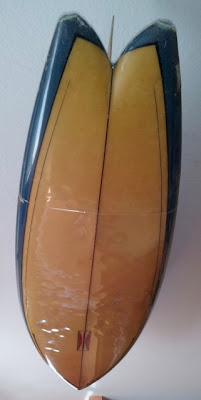 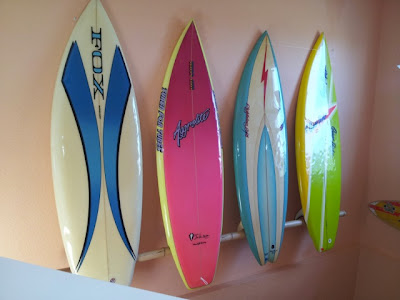 I collect these boards strictly because I love the sport and all the history surfing has. All of my boards have been wet sanded from 500 all the way up to 2000 grit sand paper then polished with multiple compounds to remove scratch lines and give them their brilliant shine. I have my sights set on 6 more boards that are around town. There is a:1980 Town n Country Twin Fin, 1970 Nomad Single Fin, 1970 Hawaii Surfboards Twin Fin, 1970 Wave Tools Single Fin and a 1980 Local Motion Twin Fin.
I'll prob never stop collecting but I can only fit around 15 more boards in my boardroom so I'm becoming very picky on what I get. 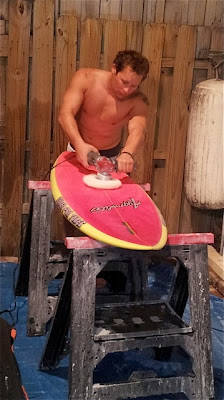 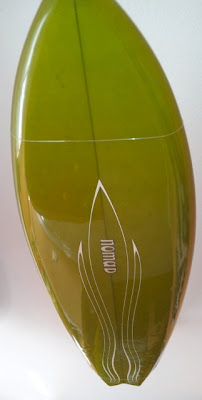 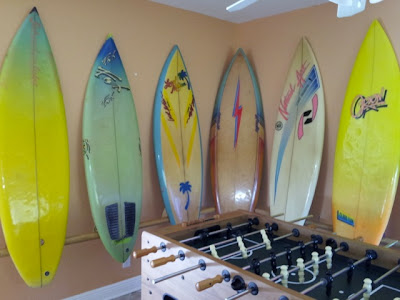 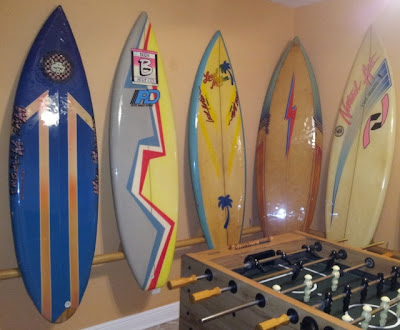 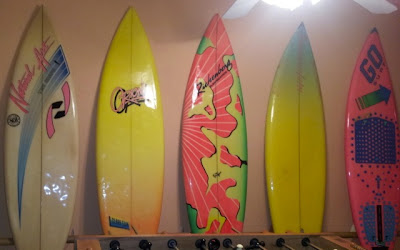