But­tons Kaluhiokalani is a Hawaiian surfer whose rad­i­cal maneu­vers in the ‘70s were ahead of their time. These inovative high energy move became a major influence modern day surfing. His iconic moves were as recognizable as his Pat Rawson shaped Local Motion boards, bright, short and thick single fins. 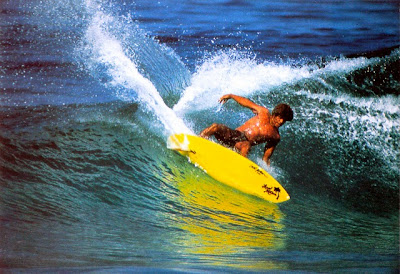 My friend has shared some pics with us of his Rawson for Buttons single fin bearing stickers from his short lived sponsorship from a local insurance company. The story goes that Button's and the crew were given free car insurance by UIR in exchange for promoting their logo. The sponsorship lasted for only one season in 1981, which implies Buttons and co's driving was as radical as their surfing. 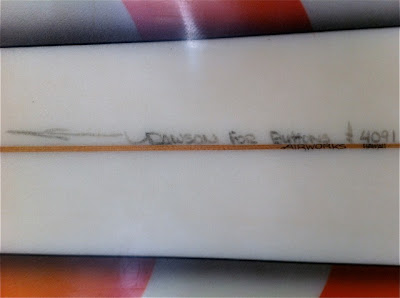 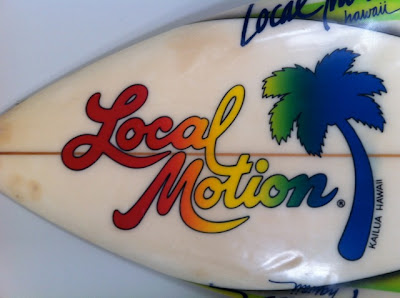 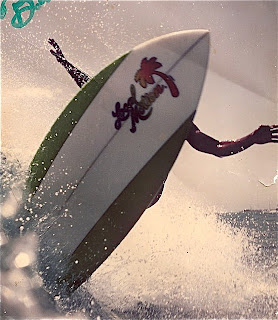 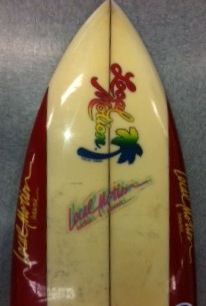 Jeff from San Diego wrote looking for some more info this similar example from the same period that he found recently in a downtown pawn shop. 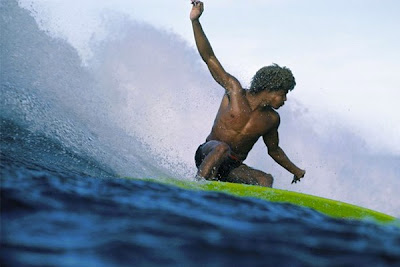 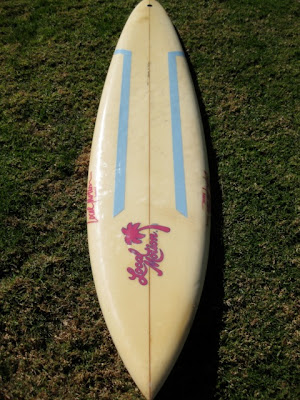 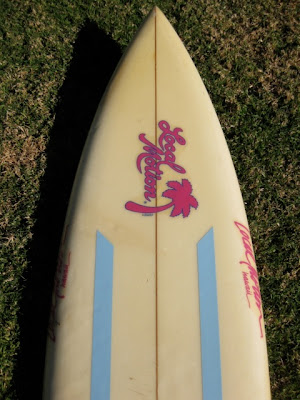 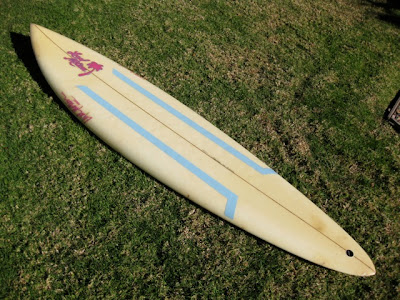 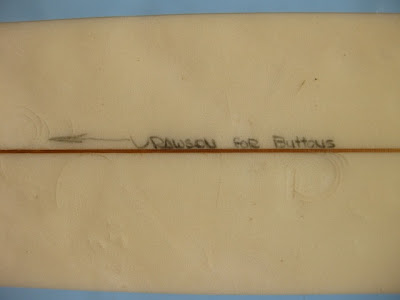 Pete wrote to say -
" Please find photos of my Buttons board that was shaped by Phil Myres at Noosa Surf Works when Buttons visited the Sunshine Coast in 2007.
The image is fine airbrushed. Phil Myres produced the Col Smith channel design under the Freeflight label at Balina.   Phil says "I want the Free Flight label to reflect the work we did in Australia on channels and concaves and our own planshapes and rocker. I really don't want to do the same boards as everyone else, these boards are individual designs that work, not some clone of someone else's board"    It is a classic image of Buttons!" 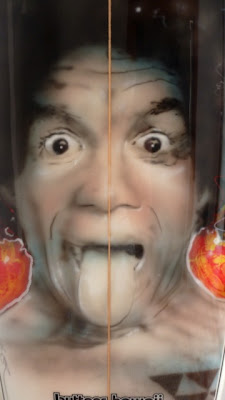