Alasdair from Victoria wrote to say:
Today I picked up a Simon Anderson thruster that had been left out on the street for a hard rubbish collection.
I've been trying to work out when it would have been made as the blank has not been dated, but blank is numbered 56.18.M.
This item on surfsearch is the closest - however mine does not have channels.
I'd be interested if you could shed some light on it.
While I was searching for details on the Thruster I came upon this blog - it doesn't have a lot of depth but it does document the hyper local surfing culture I grew up in.
Best,  Alasdair 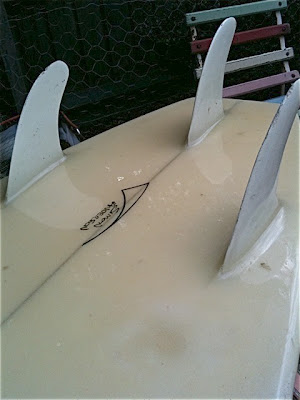 From my reading of Simon Andersons's book "Thrust" I understand this board to be from the brief, turbulent but fascinating time when Simon was steering his career away from competitive surfing to focus on his shaping. I believe this board and the board below were from the short chapter in Simon's career when he was still shaping for under the Energy label while negotiating selling the business to Frank Latta. Around this time he had been advised by his manager or business mentor to emphasize the 'Simon Anderson' brand over the Energy brand.
So by that reckoning, in my opinion, the blue board is older than the orange board, based on decal size and placement, but are both from the period when Simon was still shaping at Energy, after they did the graphic update. The board on Surfsearch, although very similar in design, is shaped by Frank Latta and was probably done just after Simon's departure.
If my theories are correct we could date these boards to the year, if not the month.

Equally we could just ask Simon, but who are we to disturb the master with such trivialities, however intriguing. 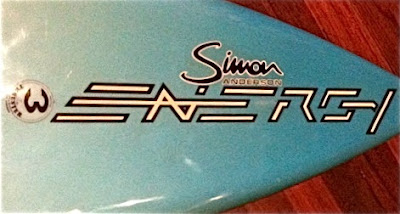 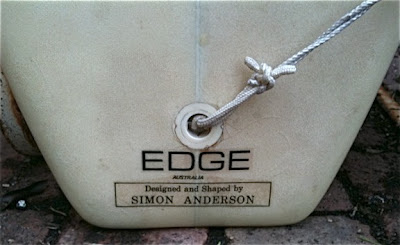 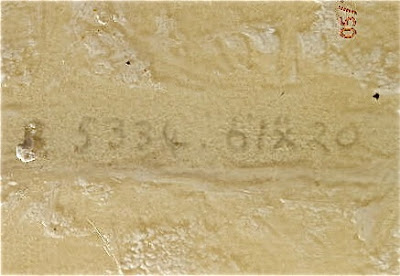 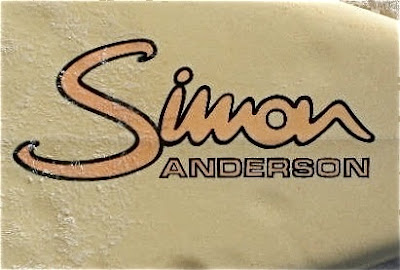 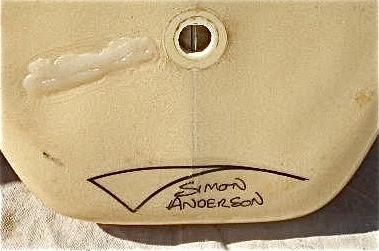